Donald Trump Reportedly Worth Half Of What He Claims

By Mia Bencivenga on July 10, 2016 in Articles › Billionaire News

Donald Trump, the Republican nominee for the president of the United States, has made numerous claims that he is worth in excess of $10 billion. He uses this reported achievement as proof that he is a very successful businessman, who can bring his particular brand of savvy to The White House.

However, a recent report casts doubt on this claim. Although Donald Trump is certainly a billionaire, a recently released 2012 statement filed by Wells Fargo with the Securities and Exchange Commission on Trump's behalf shows that the presidential candidate may be, in reality, worth less than half than what he's stated previously.

As of 2012, his net worth was $4.2 billion. A spokeswoman for Wells Fargo has asserted that the document is authentic, saying, "Obviously, if it was inaccurate, we wouldn't have filed it with the SEC."

Though $4.2 billion is certainly no small amount, the discrepancy between how much Mr. Trump claims he's worth and how much he's actually worth opens up the possibility for doubt among his supporters. 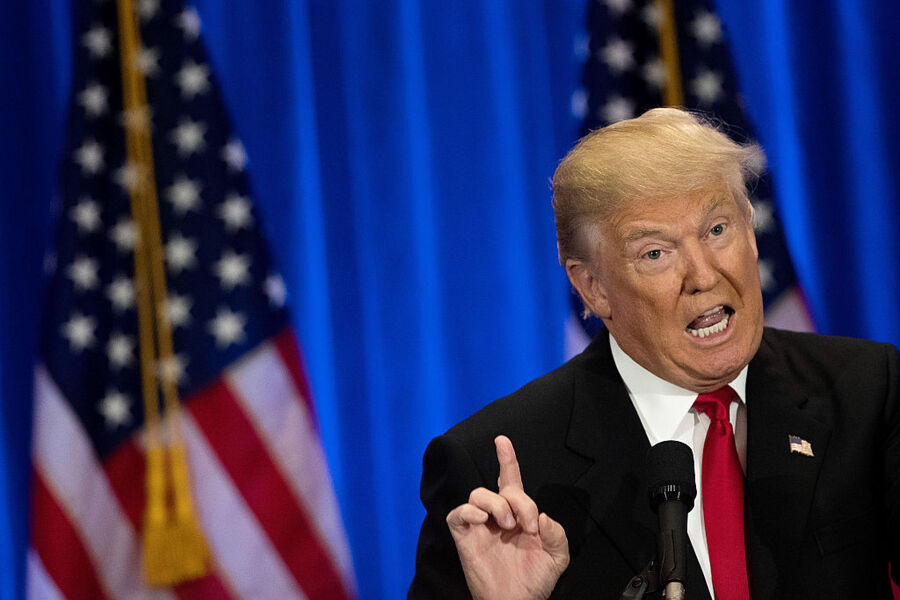 It was also revealed in the same report that Trump has just $250 million in liquid assets. This may seem like a hefty sum, but considering Mr. Trump's frequent assertion that he is financing his own campaign, experts expressed surprise that he would have so little at his disposal. In the world of campaign finance, $250 million is a drop in a bucket compared to the billions needed to run a successful campaign.

Throughout his campaign, opponents, both within and outside of his political party, have lobbied accusations that Trump – and his various business ventures – aren't as successful as he makes them out to be.

One of his most vocal critics is the former Republican front runner for President, Mitt Romney. In a heated press conference back in early March, Romney denounced Trump's business record, calling the Republican nominee a "phony" and a "fraud."

Trump has yet to respond to these latest allegations, but when he does, its guaranteed to cause yet another media firestorm.