Earlier today, Donald Trump announced that he was officially running for President of the United States. This shouldn't be too much of a surprise, considering that Trump basically runs for President every four years. Or at least, he announces that he is going to run, then ultimately backs out citing some random business conflict. But, if you believe today's announcement, this time is different. This time Donald is in it to win it.

In fact, he's so serious about running for POTUS that he wants you to know exactly how rich he is. Why? His press release boldly stated:

"Quite simply, it is time to bring real leadership to Washington. The fact is, the American Dream is dead—but if I win, I will bring it back bigger and better and stronger than ever before. Together we will Make America Great Again!" 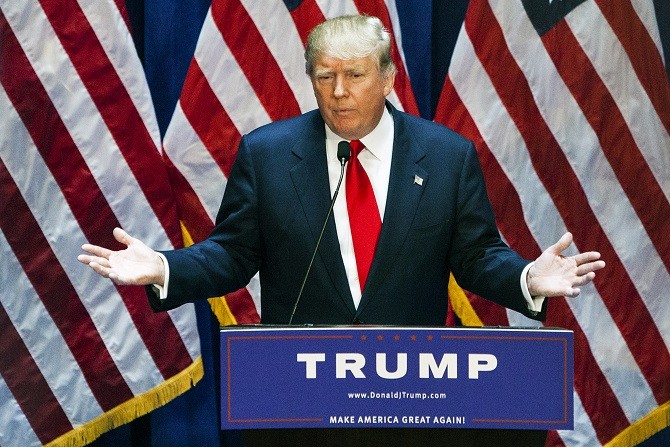 And with that announcement, Donald voluntarily released a detailed summary of his personal net worth, assets and liabilities in order to demonstrate his business success, which apparently is the main qualification for being a good President. In his own words:

"I'm proud of my net worth. I've done an amazing job. We need a leader that wrote 'The Art of the Deal'."

Below are the highlights of those financial disclosures:

–> Includes commercial and residential property in NY and golf clubs around the world.

Loans and Mortgages on properties 100% owned by Donald: $502 million

In the same disclosure, Donald revealed that in the last five years, he has donated $102 million worth of private land into public open space.

It should also be noted that many skeptics are already calling Donald's net worth estimates a major exaggeration. We here at Celebrity Net Worth peg Trump's net worth at $4.5 billion. Forbes pegs it at $4.1 billion, Bloomberg, I believe, came in at around $4 billion. What's the reason for the major differences? Well, first off we all had some slight discrepancies when it came to the value of Donald's various properties, though these were not enough to contribute significantly to the difference.

The major difference between every generally accepted estimation of Donald's net worth (roughly $4 billion) and the figure you see above ($8.7 billion) has to do with what he refers to as "Real Estate Licensing Deals." In other words, the value of the Trump brand name.

This is when companies pay a fee for the right to put the name "Trump" on a building, a bottle of water, steaks, playing cards, tea, cologne etc. Donald has placed the value of the Trump brand at $3.32 billion. Prior to today, most net worth evaluators pegged the value of the Trump brand at around $100 million. I mean, have you ever actually seen anyone drinking Trump water? Or eating a Trump steak? Or stinking up a room with Trump cologne? I doubt it. There is some value in renting out the Trump name for hotels that he does not own, but I don't think anyone reasonably believes that's service is worth $3 billion.

And one more thing. If business success is the main deciding factor of whether or not someone would make a good President, it should also be mentioned that Trump has filed for corporate bankruptcy four times. Once in 1991, 1992, 2004 and 2009. All four bankruptcies were related to his Atlantic City casinos.

On the other hand, Trump has never filed for personal bankruptcy. He came very close in the late 80s/early 90s after he personally guaranteed $900 million in debt related to building projects that eventually collapsed. It didn't help that he was simultaneously going through a very bitter and very public divorce with ex-wife Ivana. Over the next five years, he sold off assets and slowly paid back the entire debt.

Actually, now that I think about it, maybe Donald Trump would make a good President. He's experienced the highs and the lows of business life. He's too rich to be bought by special interest groups. We would save taxpayer money by supplying free steaks at state dinners. He'd probably lower my taxes out here in California… Ok, I'm in. Vote Trump 2016!