Donald Trump Is Putting Together The Wealthiest Administration In History

By Joey Held on December 7, 2016 in Articles › Billionaire News

Since becoming President-elect of the United States, Donald Trump has gotten to work putting together the administration that will aid him during his presidency. The people filling these positions have one thing in common: they're all incredibly wealthy.

Trump's nominations for top positions include two billionaires, several multimillionaires, and an heir to a family mega-fortune. They were typically born into wealth, went to top universities, and made even more money upon graduating. For the most part, they have limited or no government experience, which seems to play off of Trump's campaign promise of using outsiders to navigate and fix the "rigged" system.

Consider this: George W. Bush assembled his first Cabinet in 2001, and they had an inflation-adjusted net worth of around $250 million total. That's about one-tenth of the wealth that Trump's nominee for Secretary of Commerce, Wilbur Ross, has by himself. Ross is worth $2.5 billion, thanks to leading Rothschild's bankruptcy practice and his own investment firm.

Todd Ricketts, son of a billionaire and current co-owner of the World Series-winning Chicago Cubs, is in line to be Ross' Commerce Department deputy. Trump's nominee for head of the Treasury Department is Steven Mnuchin, a former Goldman Sachs executive, hedge fund executive and Hollywood financier. Elaine Chao, Trump's choice for Secretary of Transportation, is the daughter of a powerful shipping magnate, and Betsy DeVos, Trump's Secretary of Education, is a billionaire herself. On top of that, she's the daughter-in-law of Richard DeVos, who co-founded Amway. Together, her family's net worth is $5.1 billion. 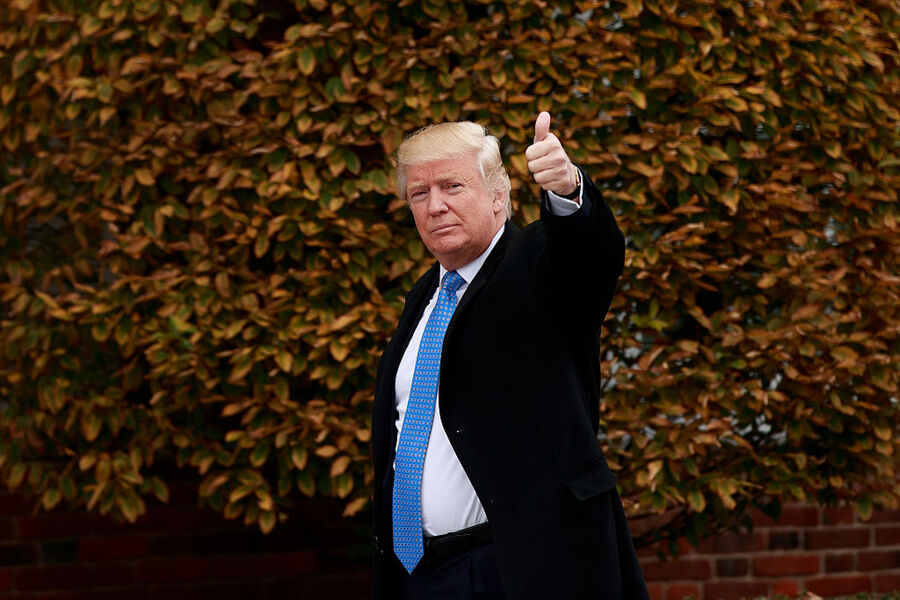 Trump's appointments have more experience spending on political campaigns rather than running them. Ross, Mnuchin and DeVos have all made hundreds of thousands of dollars in political contributions over the past two years. While Trump's campaign promised to inspire blue-collar workers who have lost their jobs, opponents believe these latest nominees will focus more on policies that benefit the rich, rather than the middle or working classes.

There are still appointments to be made, and it could increase the overall wealth of the administration. Harold Hamm, who ranks 30th on the Forbes 400 list of the wealthiest Americans, has a net worth of $16.7 billion due to his work in the oil industry. He's one of Trump's top options for Secretary of Energy. Meanwhile, Andrew Puzder, who made his fortune in the restaurant industry, may become Secretary of Labor.

Of course, while Trump's administration would be the richest ever assembled, it wouldn't be the first to dish out positions to huge earners. The Commerce and Treasury departments are often led by Wall Street executives or well-connected donors. Even the current Secretary of Commerce, Penny Pritzker, has a net worth of $2.5 billion.

Even about 100 years ago, wealth persevered. Andrew Mellon was one of the wealthiest Americans in the early 1900s, and was appointed to Secretary of the Treasury in 1921 by Warren Harding. He served for nearly 11 years, a span of three administrations.  His fortune reached $300 to $400 million at the height of the Roaring Twenties, and while he did cut the overall public debt by more than half over a 10-year period, it rose again with the onset of the Great Depression.

It'll be interesting to see who else Trump appoints to his administration. Whoever it is, they'll be joining the wealthiest government team ever assembled.