Donald Trump Is A Billionaire Today, But He Once Came VERY Close To Losing Everything

Unless you've been hiding under a rock for the past year, you can't escape Donald Trump. As the current frontrunner for the GOP presidential nomination, the entrepreneur has gone from firing celebrities to firing shots at his fellow politicians. And of course, he's made a ton of money along the way.

His current net worth is $4.5 billion, accrued from his various real estate and business investments, as well as his television appearances. But there was a time when Trump was in very serious danger of going completely bankrupt. He's constantly cited his wealth and fortune as a sign that he'll "make America great again." How did he handle his own personal crisis?

Let's hop back to 1990. Trump had recently opened his Taj Mahal casino in Atlantic City, N.J. And already he was in trouble, owing $3.4 billion in debts. Worse, he couldn't make the payments, and $830 million of the debt had his personal guarantee. Not only could lenders take his hotels, casinos, and any other assets he had, they could also force him into bankruptcy.

Trump is an enigmatic creature, for sure, but there's also a charisma about him that draws people in. And his lenders realized that – causing Trump to go bankrupt wouldn't help them get their money back any faster. A New York group that was holding more than half of the $3.4 billion debt agreed to a lengthy, complex plan that would allow Trump years to pay back his debts.

In the meantime, Trump shuffled some money around so that all three of his casinos were operating through bankruptcy court. The excess money he took went to his other struggling properties. And don't think he stopped taking money even then: his Trump Castle casino paid him $1.5 million to help guide them through Chapter 11 bankruptcy. Trump grabbed a total of $160 million from Atlantic City between 1990 and 1996, money that helped fuel a lot of his other moves during the time.

Plenty of those moves ended up harming other people. Trump ensured any reworking of his investments or loans was written in a complex manner, so fewer people involved would understand what he was doing. He also was involved in multiple litigation battles, lashed out at analysts, and cost people their jobs. It's easy to call that heartless; Trump would just call it shrewd. After all, his business decisions have only made him more money. 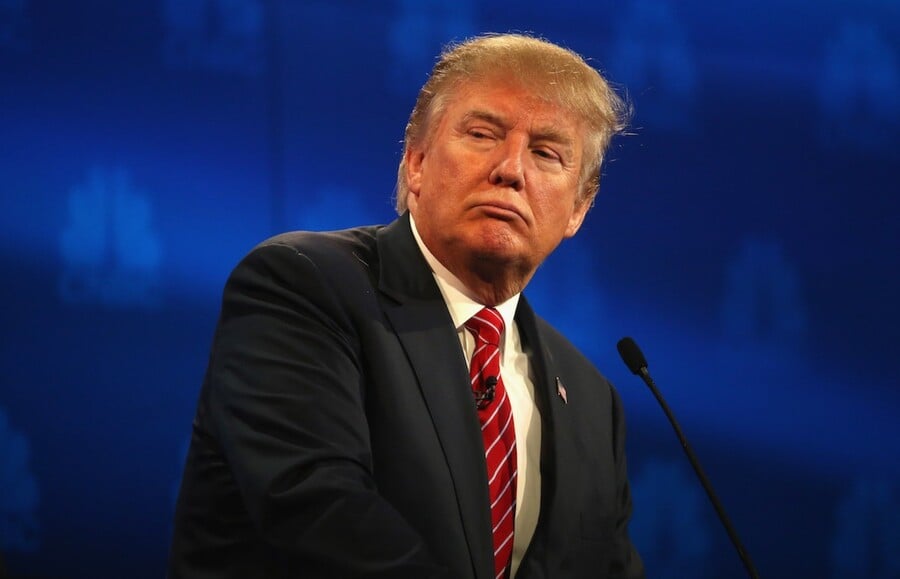 Trump's first million actually came as a loan from his father in the 70s. Trump used it to invest in a few smaller properties around New York. When Atlantic City legalized gambling, Trump took control of two casinos there, even though the deals meant they'd have a ton of debt piled on. He also looked at the Taj Mahal casino, being built by the publicly traded company Resorts International.

Trump bought a small portion of Resorts shares, giving him minimal equity but voting control. And after his initial offer for a service contract of five years and $108 million sent Resorts shares into a tailspin as investors feared uncertainty, he took $60 million to end his service contract, and ended up with the casino, only halfway completed. He issued $675 million in bonds to finish construction.

When a recession struck in 1990, Trump had his casinos, the Trump Tower, the Trump Shuttle airline, and the Plaza hotel in New York. He also had a mounting pile of debt. But, after a charismatic phone call, investors agreed to lend him $65 million over five years, though he had a monthly personal spending allowance of $450,000. Because that's much easier to blow through when you're wealthy.

The restructured loan didn't cover the Taj Mahal casino, which was hurting badly just a year after it had opened. Trump told contractors to accept at least a 30% pay cut from what they were initially offered, or else they'd lose even more money. His father tried to stop the bleeding, going into the casino and purchasing $3.5 million worth of chips that he didn't use, but, as you may have guessed, that's illegal. The Taj Mahal filed for bankruptcy in 1991, though it did emerge from bankruptcy later that year. But Trump's other two casinos filed for bankruptcy in 1992.

To get rid of some debt, Trump had to sell off a few of his prized possessions, including his Princess Yacht and a Boeing 727. He kept on borrowing, though, and the Trump Plaza issued him $330 million in notes.

All three of the casinos were out of bankruptcy by 1993. Though Trump had to sell some equity, he remained at least 50% involved in all of them. Investors knew that having Trump's cache of fame, as well as his casino licenses, would come in handy. Trump used some of his loan money to pay off debt in New York, as well as buy back the part of the casino he had lost via bankruptcy.

Trump's aggressive business strategies showed themselves again in a battle with Citibank, which had financed most of his Plaza hotel. It was considering selling the hotel to foreign investors, which would mean Trump would get bumped out of his controlling role. That didn't sit well with him, though it actually ended up being a great deal, since it eliminated most of Trump's debt.

Trump eventually took all three of his casinos public, though they ended up filing for bankruptcy three additional times. But Trump was focused on his own debts, and even though he still owed $110 million, he cut a deal with the banks for less than half of that. His negotiating skills were on full display once again.

Finally, in 1996, he cut a deal to finally end his initial restructuring agreement six years ago. An attorney for the New Jersey general attorney's office said at a hearing that the agreement was so complicated that he's "not certain if there's one person on our staff that really understood it."

It's just further confirmation that Donald Trump has a special way of interacting with people to get something done. While he rubs plenty the wrong way, when he's going after a goal, he can be tough to stop.