Dmitry Rybolovlev Gets Off Easy With $604 Million Divorce Settlement – It Could Have Been $4.3 Billion!!!

By Joseph Gibson on June 14, 2015 in Articles › Billionaire News

Just the other day, we brought you word of what was on track to be the most expensive divorce of all time. Its closest competitor for that title at the time was between Dmitry Rybolovlev and his ex-wife Elena Rybolovlev, which was for a time, the most expensive divorce ever at $4.3 billion – but we told you that Rybolovlev was challenging the settlement on appeal. Well, the results of that appeal are in, and it turns out the guy's getting off the hook with a relatively paltry $604 million.

The decision was made by a Geneva court, which has been weighing the pros and cons of Rybolovlev's previous divorce ruling, and you can believe his lawyers were leaning hard on the whole "most expensive divorce in history" thing during the proceedings. The decision was reached, based on a contention over whether or not Rybolovlev's ex-wife was entitled to money Rybolovlev, who has a net worth of around $8.8 billion, placed in foreign trusts. The court obviously decided that no, money placed in foreign trusts is not subject to the Geneva civil jurisdiction, which wasn't just bad news for the former Mrs. Rybolovlev, but also has significant implications for legal matters in the future – and you can bet that there are a lot of rich people in Switzerland putting their money in offshore bank accounts, which is kind of an ironic scenario given the way Swiss banks are thought of outside the country. 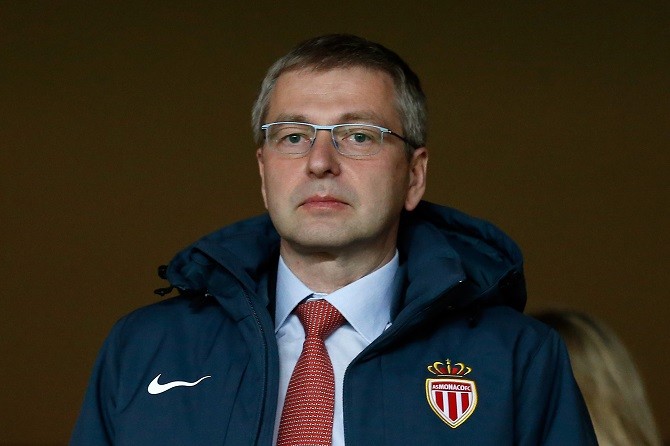 The Rybolovlev divorce wasn't just focused on money, despite the massive sums involved. There was also a decision made by the court regarding Dmitry's custody of the former couple's 14-year-old daughter. Attorneys for Mrs. Rybolovlev wanted to limit Mr. Rybolovlev's access to his daughter, an attempt that was also shot down by the court. Unfortunately for Dmitry, though, this partial victory is by no means an end to his divorce proceedings, with Elena's attorneys pledging to continue the fight in a third round of appeals. Here's one of them in a recent statement that sums up the situation nicely:

"Mrs Rybolovlev won the first round, she has partially lost the second round. There will be a third round."

It's a near certainty that most people reading this won't be able to understand why someone would be dissatisfied with a $604 million divorce settlement, but there are a few clues to that end in this story. For one, back in 2009, Elena Rybolovlev filed for divorce, citing Dmitry's faithlessness within the marriage, and his proclivity for sharing "young conquests with his friends, and other oligarchs" during lavish yacht parties – so there's clearly some bad blood between these two.

This isn't Dmitry Rybolovlev's only ongoing legal fight at the moment, as he's also in the middle of a legal battle with Swiss art dealer Yves Bouvier, who has accused Rybolovlev of overcharging for several different works of art over the course of their business dealings. Luckily for Rybolovlev, Bouvier was arrested earlier this year for fraud and money laundering, which probably doesn't bode well for his future in civil cases. Now, if only his wife could get sent up for fraud too, he'd be all set.