By Brian Warner on October 11, 2021 in Articles › Billionaire News

Remember back in January when the entire world was basically obsessed with the hour-by-hour swings of GameStop's stock price? If you somehow have no idea what I'm talking about, I'll give a brief backstory in a moment.

I bring up GameStop today to address a story continues to pop up in our email submissions. A bunch people seem to be under the impression that Michael Jordan's net worth dropped $500 million as a direct result of GameStop mania. Is there any truth to this rumor??

In late January, GameStop's stock price went absolutely ballistic. After not breaking above around $20 a share for the better part of a year prior to January, at various points the stock price rocketed to $350. A day later it would drop in half. Then it went back up to $325. Then back down $50. Then back up around $150.

GameStop – a company that loses money every year renting video games from malls – currently has a market cap of $13.5 billion thanks to its $176 share most-recent price.

You may have read our story about Ryan Cohen, the investor who bought 9 million shares of GameStop at an average price of $8 way before the mania hit. At the peak of GameStop mania Cohen's $72 million investment was worth a little over $4 billion.

The CEO of GameStop – who had been on the job for about two years – stepped down April 2021. When he took the job he was given the equivalent of $23 million in shares. Those shares were briefly worth over $1 billion at the height of GameStop mania. On the day he quit, his shares were worth around $180 million.

The biggest winners, however, were a group of mostly-anonymous investors in a subreddit.

By most accounts, the maniacal ups and downs of GameStop's share price were being caused by a "short squeeze" perpetuated by a group of investors from Reddit's "Wall Street Bets" subreddit.

These investors had become incensed at all the hedge funds that were using short positions – bets that a companies stock price will fall – against companies like GameStop and AMC and Blackberry. The redditors directed their rage primarily at a hedge fund called Melvin Capital which had large short bet against GameStop… the most shorted company on the New York Stock Exchange.

Enough of these peeved amateurs bought shares in GameStop to send the stock price soaring. When that happened, Melvin's short position against GameStop quickly became toxic. On January 31 it was reported that the sharp rise in GameStop's stock price had caused Melvin Capital's investments to lose 53% of their value over a matter of days. A few weeks earlier Melvin managed $12 billion worth of assets. Its assets reportedly dropped to around $6 billion before receiving a $2 billion lifeline from two friendly hedge funds.

Obliterating 50% of Melvin's assets was seen as a huge victory by the redditors.

The celebration may have been short lived. Just a few weeks later Melvin's apparently assets rose by 22%. Its unclear where Melvin's assets currently sit. None of these number have been officially confirmed, and since Melvin is a private hedge fund we may never know what actually happened. 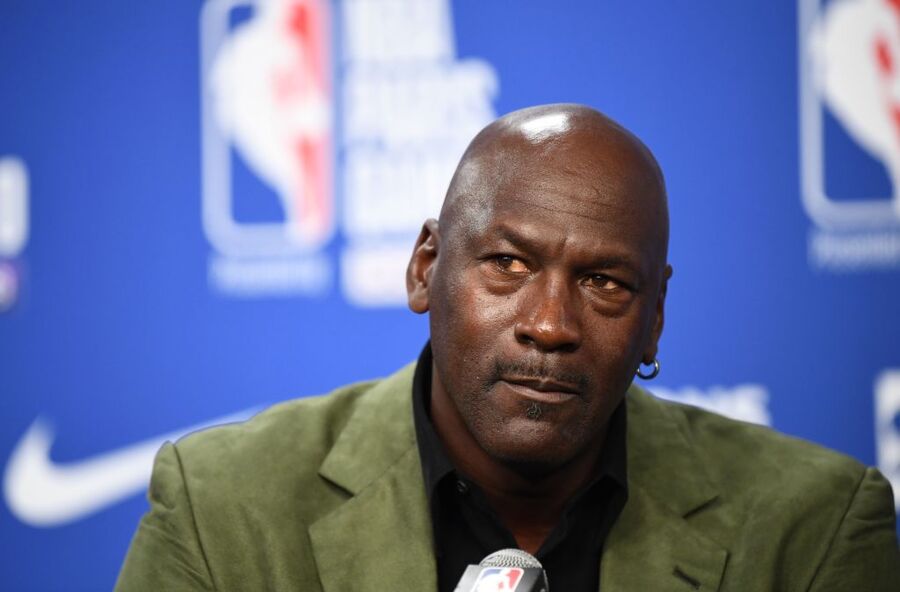 How is all of this related to Michael Jordan?

In 2006 Michael Jordan bought a minority stake in the NBA's Charlotte Bobcats. In 2010, Michael paid $175 million to buy out BET founder Robert Johnson's majority stake. With this transaction, Michael owned 80% of the team. By 2014 Michael had increased his investment stake to a little under 90% with transactions that valued the franchise at $500 million.

Gabe is the founder of Melvin Capital.

Did Michael Lose $500 Million Because Of GameStop?

The short answer is… probably not.

Upon digging into the claim that Michael lost $500 million because of GameStop, all the articles pinpoint their conclusion to the fact that in April 2020 (well before GameStop mania) Forbes pegged Michael's net worth at $2.1 billion. In April 2021 Forbes updated its number for MJ to $1.6 billion without any explanation.

I can't find a single credible source that shows Michael lost a dime from GameStop or is even a Melvin Capital investor. Even if he was a Melvin investor, to lose "$500 million" from Melvin's problems would imply that Jordan had $1 billion invested with the firm. The majority of Jordan's net worth is the value of the Hornets and even if does have $1 billion in liquid assets, he wouldn't invest all of it with one fund.

Personally, I think the explanation behind Forbes' reduction is much simpler. Forbes, like CelebrityNetWorth, had been assuming that the Hornets were worth far more than $1.5 billion when calculating Michael's net worth. After all, in 2014 the Clippers sold for $2 billion.

We're now realizing that the Hornets may actually be worth much less. Perhaps even less than the $1.5 billion valuation when Gabe became an investor in 2019.

Consider what COVID did the NBA teams. In 2020 NBA teams lost all ticket, merchandise and other revenue. They also played fewer games which probably meant a reduction in the TV licensing revenue. Even before COVID the Hornets were already a money-losing franchise. COVID likely drenched the team's books in red ink.

Until there's any credible source claiming the Michael Jordan was a Melvin investor, or until Forbes explains why they chose to reduce his net worth, I think this is a false rumor.