By Joseph Gibson on August 16, 2016 in Articles › Billionaire News

It's not unusual – in fact it's exceedingly common – for brands that have nothing to do with the Olympics or athletic dominance, to participate in advertising blitzes in conjunction with the Olympic Games. That makes precious little sense, when the brand in question is something like McDonald's or Coca-Cola, but Dick's Sporting Goods is obviously more at home in an athletic context, and thus is held to a higher standard, marketing-wise. That standard has been met handily, thanks in part to the company's Chairman and CEO, Edward W. Stack, as reported by Forbes.

Dick's Sporting Goods' Olympics 2016 advertising campaign emphasizes that there's a little bit of gold in everybody, from Olympic athletes, on down. That's a fun metaphor for the athletic potential in all of us, but as the campaign points out, it's also a literal fact, since the human body contains, on average, 0.2 milligrams of gold as part of its chemical composition. Stack himself has buoyed this Olympic gold obsession by announcing in a recent email to Dick's Sporting Goods customers his pledge to donate $1,000 to various charitable causes for every Olympic medal (silver and bronze included) won over the course of the games by Team USA. 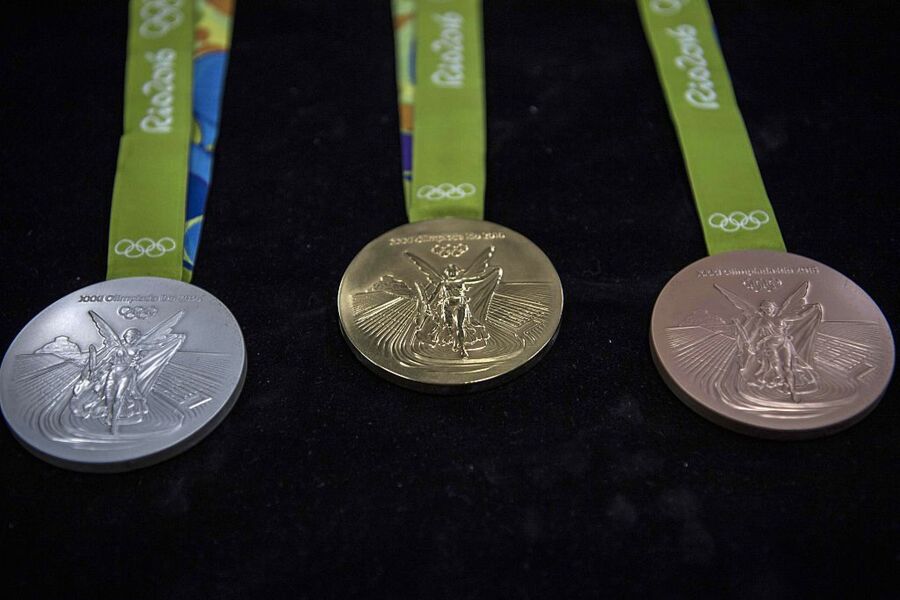 Those charities are Fencers Club, North Star Diving, US Association of Blind Athletes, and Ability 360, all of which are organizations devoted to helping young people reach their full potential in competitive sports. The donations will be made through the Dick's Sporting Goods Foundation, and as of this writing Stack is already on the hook for a healthy $83,000, which comes to almost ten grand for each of the four charities.

That's no bad news for Stack, however, even if it does mean more money out of his pocket. He's got a net worth of at least $1.4 billion, so he can probably afford to keep up with his pledge no matter how many medals Team USA wins in Brazil.