By Amy Lamare on November 5, 2018 in Articles › Billionaire News

George Soros was in the news lately as one of the recipients of the bombs sent to Democratic leaders and left-leaning donors and activists. An employee of Soros' residence in Bedford, New York received the package and opened it. When they discovered what appeared to be an explosive device, they placed it in a wooded area and called the police. The device did not explode and everyone who received one is safe.

This got us thinking about George Soros and all the conspiracy theories there are about him and how he spends his money. The 88-year-old billionaire hedge fund mogul is from Hungary. He is a survivor of the Holocaust. He moved to the U.S. in 1956 and started Soros Fund Management in 1970. As legend goes, Soros "shorted" the British pound in 1992, which earned him $1 billion. Soros is also a major philanthropist. He's the founder of Open Society Foundations. He's donated more than $30 billion to the foundation since 1984. Just last year, he donated $18 billion. The foundation focuses much of its work in Eastern and Central Europe. He also founded Budapest's Central European University. 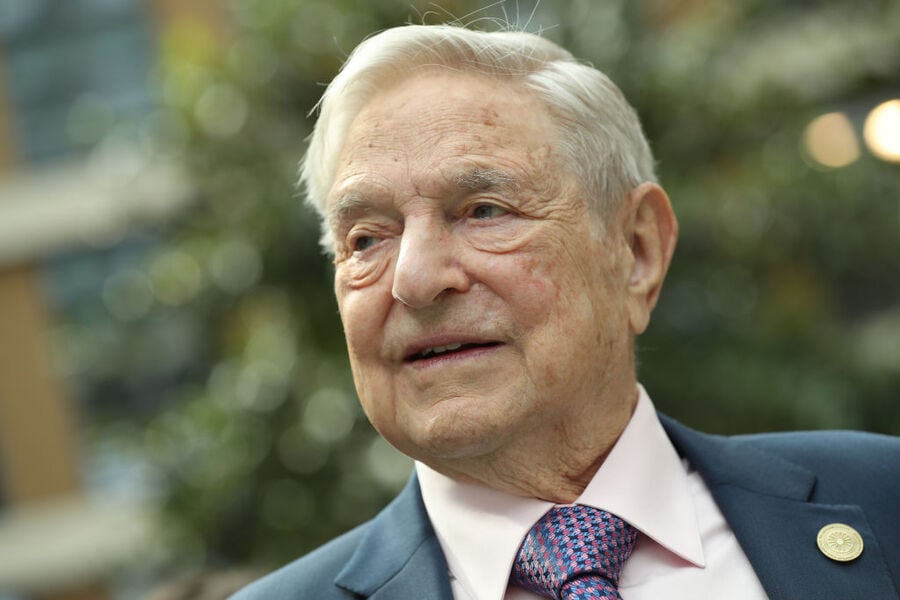 Soros is a well-known long time donor to democratic politics. He's donated $10 million in the 2018 midterm election cycle to liberal candidates and causes. As a result, he's often a target of those with opposing viewpoints. His detractors have invented some pretty outrageous conspiracy theories and lies about his background and how he spends his money. Most recently, some conservatives have been spreading the rumor that Soros is funding the migrants traveling from Honduras to the U.S. via the U.S./Mexico border. Kelly Johnston, a vice president at Campbell Soup and Republican Congressman from Florida Matt Gaetz have been the two most prominent people calling Soros out for funding the migrants. To be clear, Soros is not funding the migrants.

Soros has also been accused of funding paid protesters at right wing events and others to attend events promoting liberal causes. In one rumor, he was said to have paid protesters $300 each to be at the March for Our Lives event against gun violence. Fact checking website Snopes found this to be false.

Another conspiracy theory has been promoted by conservative pundits Alex Jones, Ann Coulter, and Mike Cernovich. They've accused Soros of collaborating with the Nazis during World War II. This claim has been debunked as well.

Who knows what they will come up with next! One thing's for sure: it will be amusing.