On Friday, May 1, Elon Musk tweeted "I am selling almost all physical possessions. Will own no house."  Well, it seems he's making good on that promise – or starting to at least. He just listed two Los Angeles area mansions on Zillow for $30 million and $9.5 million. The listings went live on Sunday, May 3, and indicate they are "for sale by owner." Sadly, that wasn't the only bizarre tweet to come from Musk on Friday. He also made a comment that he thought Tesla's stock price was too high. That tweet led to $14 billion being wiped off the company's valuation. No one (except, perhaps, Musk) knows why he did this. He followed his tweet about selling his physical possessions with "Just one stipulation on sale: I own Gene Wilder's old house. It cannot be torn down or lose any its soul." And then "My gf "Grimezsz is mad at me. And I bet she is as she is due to give birth to the couple's baby any minute now. After that, Musk started tweeting lyrics to the Star-Spangled Banner.

Musk owns several homes in California valued at over $100 million, including six adjacent homes in the Bel Air neighborhood of Los Angeles. Later on, he tweeted that possessions weigh you down and he is devoting himself to Earth and Mars. You do you, Elon. Now, let's look at the houses that are newly available to buy. 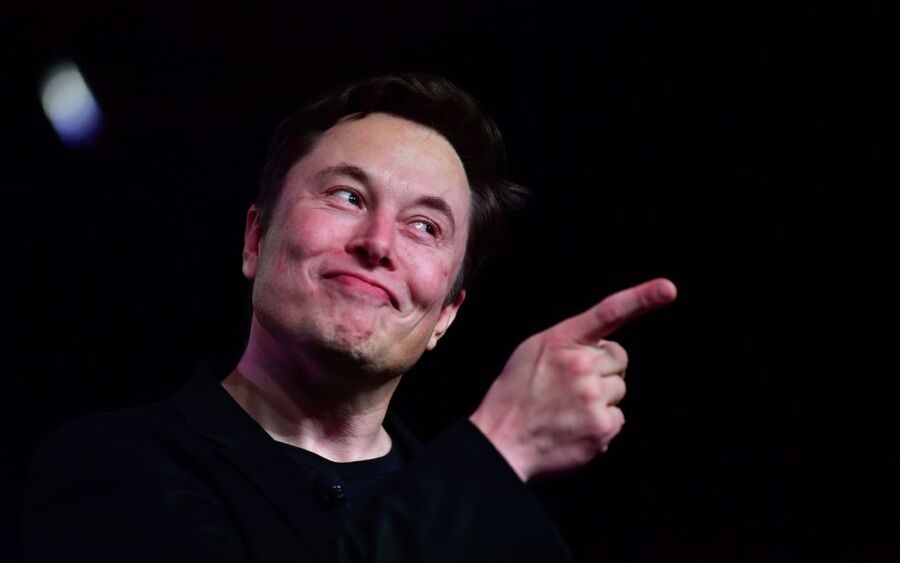 The two homes Musk has put on the market are both in Bel Air. One house is a ranch-style home with five bedrooms. The other is a stunning estate with six bedrooms. The ranch home is the house that is reportedly the former residence of Gene Wilder, the actor best known for playing Willie Wonka in Willie Wonka & the Chocolate Factory. It is a 2,756 square foot home with a pool and separate guest house.

The listing says: "Updated but carefully preserved unique, quirky, and charming ranch style former home of Gene Wilder/Willie Wonka. Beautiful view property on this approx. acre promontory overlooking the stream, trees, and white sand traps of the 13th green and 14th fairway on the Bel-Air Country Club Golf Course, with distant city views. Property includes approx. 2,800-sq.ft. 5-bedroom, 4.5-bath ranch home with oval pool and private guest cottage." All of this can be yours for $9.5 million, a relative bargain for the posh Bel Air neighborhood.

The other home is grander. The estate overlooks the Bel Air Country Club and has six bedrooms and 11 bathrooms in its 16,251 square feet. The home has views of the city and ocean. It was built in 1990 and has been extensively remodeled since. The listing says: "…Large master suite with separate dual baths and closets, family wing, 2-story library, theater, 2-room guest suite, lighted championship tennis court, wine cellar, gym, pool, vast grassy yard, and fruit orchard. Motor court with 5-car garage." It is listed for $30 million.