David Koch, controversial billionaire and younger brother to Charles Koch, has died at 79. The Koch brothers earned their $116 billion combined net worth thanks to Koch Industries, the second largest private conglomerate in the United States, behind Cargill. Koch Industry generates annual revenue of $110 billion. Together, the brothers also funded a number of right wing candidates, activist groups, and right wing think tanks. Through these groups they have had enormous influence in shaping politics. Charles Koch announced the death of his brother on Friday. He did not elaborate on the cause of death, but did say that David had been diagnosed with advanced prostate cancer 27 years ago.

Koch Industries, founded by Fred Koch, Sr. has been run by Charles and David since their father's death in 1967. At that time it was worth just $250 million. They actually have two other brothers, Fred and William. William and David are twins.

Fred and William sold their stakes to Charles and David back in 1983 for a "mere" $800 million. That is why today William Koch is worth "just" $1.8 billion. Fred is extremely rich, but not a billionaire. The sale from one set of brothers to the other started out amicably but ultimately resulted in a 15-year legal battle in which Fred and William accused David and Charles of misrepresenting the company's fortunes and products in order to buy them out cheap. A jury eventually sided with Fred and William but chose to not award the brothers any additional money. It has been described as the nastiest family feud in American history.

The legal case caused a massive rift between the sets of brothers that continues to this day. Decades later, when Fred and David would see each other at charities events from to time to time, their exchanges consisted of "hello, Freddie" and "howdy, David". 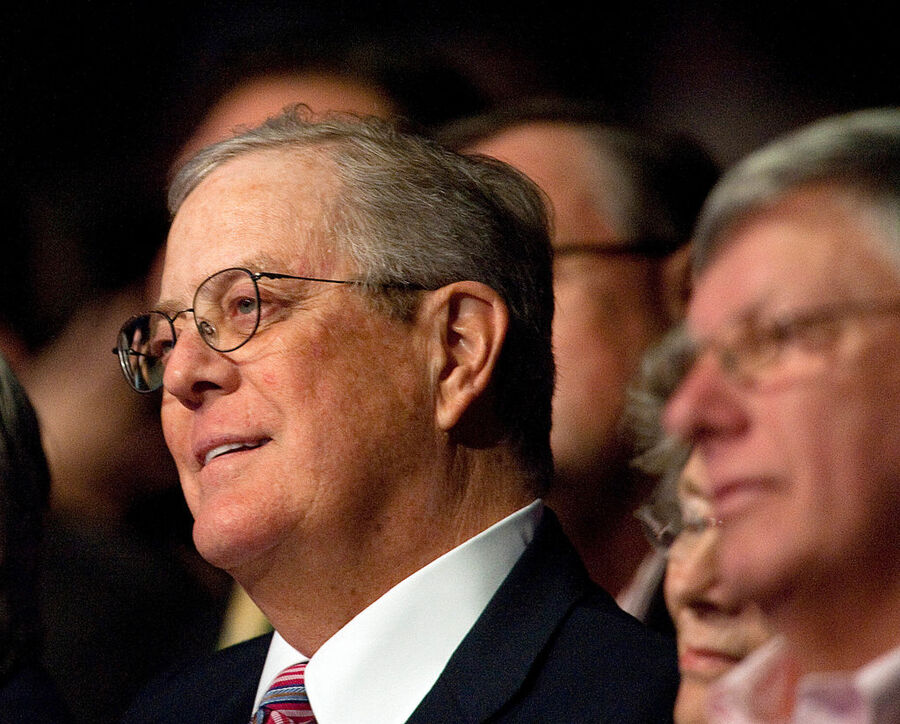 In 1998, the company paid a $6.9 million settlement over oil spills in Minnesota. The company also pled guilty to a federal criminal charge related to the Minnesota case that resulted in an $8 million fine. That same year, a pipeline explosion killed two teenagers. The pipe was corroded. The victims' families received $296 million from Koch Industries in a wrongful death lawsuit.

In 2000, the company paid a civil environmental fine of $30 million for 1995 charges over more than 300 oil spills that were found to have happened by the EPA due to Koch Industries failing to inspect its pipelines. In 2002, the company paid a $28.5 million fine after a subsidiary was found guilty of price fixing. All of those fines and judgments would kill most companies, but not Koch Industries. The company branched out into mining, real estate, and ranching. 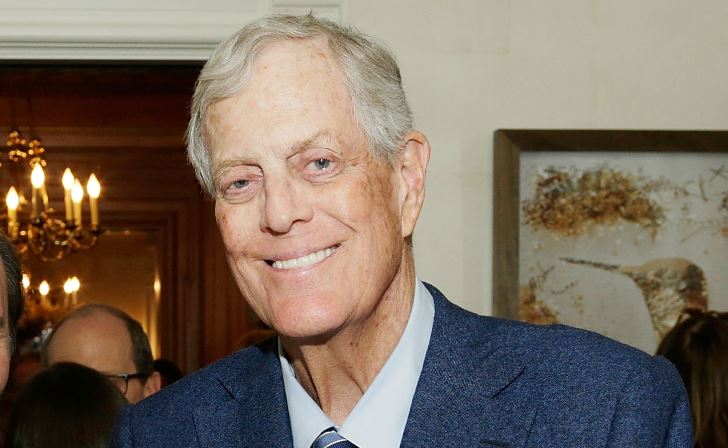 David Koch's interest in politics dates back to the early 80s when he was the vice presidential candidate for the Libertarian Party. Koch and his running mate garnered just a bit more than 1% of the vote. Since that time David and Charles have donated hundreds of millions of dollars to advance their own political interests—many of which benefit their company. Greenpeace estimated that the Kochs spent $127 million from 1997 to 2017 to fund 92 organizations that promoted climate change denialism and undercut global climate accords.

The brothers have also used their vast fortune to support Republican candidates. The brothers declined, however, to support Donald Trump in the 2016 presidential election.

David Koch left his position as the executive vice president of Koch Industries and ended his involvement in politics in 2018 due to his declining health.

During his lifetime he donated hundreds of millions of dollars to charity. Fascinated by dinosaurs as a child, New York's American Museum of Natural History named the David H. Koch Dinosaur Wing in his honor.

He is survived by his wife Julia and their three children. At the time of his death, David Koch had a net worth of $58 billion which made him the 8th richest person on the planet.