Dani Reiss Sells $1,000+ Down Coats And He Is A Brand New Billionaire

By Amy Lamare on April 3, 2019 in Articles › Billionaire News

Dani Reiss had no desire to take over his grandfather's small outerwear company after college. He was an English major who planned to become a writer. However, taking over his grandfather's company is exactly what he did and today his $1,000+ parkas are fashion statements that can be found on the streets of New York, London, and Tokyo and on the backs of celebrities including Hugh Jackman, Daniel Craig, and Jennifer Lopez.

Dani Reiss was born November 7, 1973 to Malca Tick Reiss and David Reiss. His maternal grandfather, Samuel Tick was a Polish Jewish immigrant who worked as a fabric cutter before founding Metro Sportswear Limited in 1957. Dani's father joined the company in the 1970's after marrying Samuel's daughter and rebranded the company as Snow Goose. Dani's father developed a unique down filling machine and refocused the business on providing down coats to Ontario police officers and municipal employees. David Reiss was CEO of Snow Goose from 1982 to 2000.

In 1996, Dani graduated with a BA in English Literature and Philosophy from the University of Toronto. He decided to join the family business for a few months to make some money so he could travel. He wanted to be a writer. Then, he went to a trade show in Germany where he tested out the Canada Goose brand. The company's products were branded Canada Goose in Europe because there was already a Snow Goose there. He found that Canada Goose was a brand that had meaning to customers and this ignited his passion for the family business. 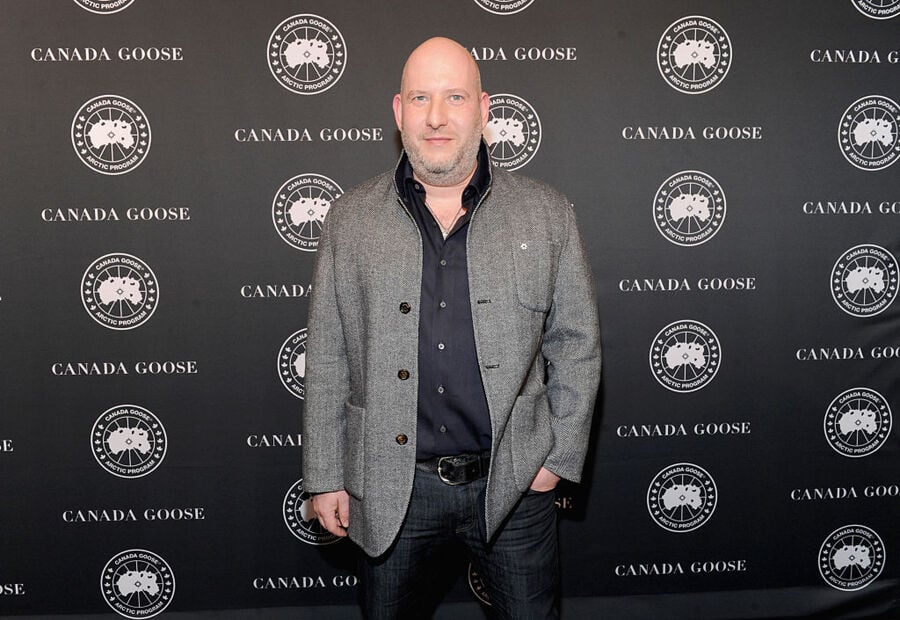 Over the next several years, Reiss spent time learning every aspect of the business. He worked in the factory. He travelled with the salespeople to apparel buyers in Europe, which made him realize that European buyers associated his product with iconic images of the Canadian wilderness. This realization led him to change the name of the company from Snow Goose to Canada Goose.

Reiss became president and CEO of Canada Goose in 2001. He was 27 years old. He spurred huge company growth with two decisions – to make their outerwear and performance apparel under the name Canada Goose only and to stick to the ethos of "Made in Canada." In order to continue making product in Canada, Reiss had to invest his own money into the company's factory and establish sewing schools in Toronto, Montreal, and Winnipeg.

Over the past decade, Canada Goose has turned their down jackets into one of the hottest brands in outerwear by giving free coats to people that spend a lot of time out in the cold – polar explorers, attendees of film festivals in cold places like Sundance and Toronto, and bouncers stationed outside nightclubs.

In 2016, Canada Goose opened its first stores in Toronto and New York City. Since then additional stores have opened in Calgary, Chicago, Boston, Tokyo, and England. In 2018, the company announced plans to open stores in Vancouver, Montreal, and New Jersey as well as Beijing, Hong Kong, and Shanghai.

Dani Reiss is a bi donor to, and former chairman of, the board of Polar Bears International, a nonprofit dedicated to polar bear conservation, climate change, and securing a future for polar bears.  He also established the Canada Goose Resource Centre Program which gives Inuit sewers access to high quality fabrics, zippers, buttons and other materials free of charge to that they can make traditional outwear and clothing for their community. The program makes it possible for Inuit sewers to continue in their traditional ways of sewing.

Canada Goose is currently selling its premium outdoor apparel in 38 countries worldwide. The company employs nearly 300,000 people. Canada Goose made its IPO two years ago and since that time the stock price has tripled and sales are up 46% to $450 million.