By Amy Lamare on April 8, 2021 in Articles › Billionaire News

It looks like the Washington Football Team (are they ever going to get a new name?), is going to be 100% owned by Dan Snyder any day now. Recently it reported that he was close to buying out the rest of the shares in his NFL franchise for $875 million. Of course, he will need approval from the other owners of NFL teams to take on the $450 million in debt required to buy the 40.5% of the team that he does not already own.

If approved, Snyder would have 100% control and ownership over the team.

Snyder will need three-fourths approval of the owners of the 32 NFL teams. That means 24 owners would have to agree to the terms. The minority owners Snyder is trying to buy out include the CEO of FedEx, Frederick Smith, who was the main driver of the move to drop the Redskins name from the team.

Snyder and his sister founded Snyder Communications, an advertising company in 1989. They expanded the business to all aspects of outsourced marketing, proprietary product sampling, sponsored information displays, call centers, field sales, and telemarketing.

The company went public in September 1996. At the time of the IPO, 32-year-old Snyder became the youngest CEO of a New York Stock Exchange-listed company (up to that point).

Snyder purchased the Washington Redskins in May 1999 for $800 million.

At the time that was the most expensive transaction in sports history. Today the franchise brings in around $500 million in annual revenue and is worth $3.5 billion. 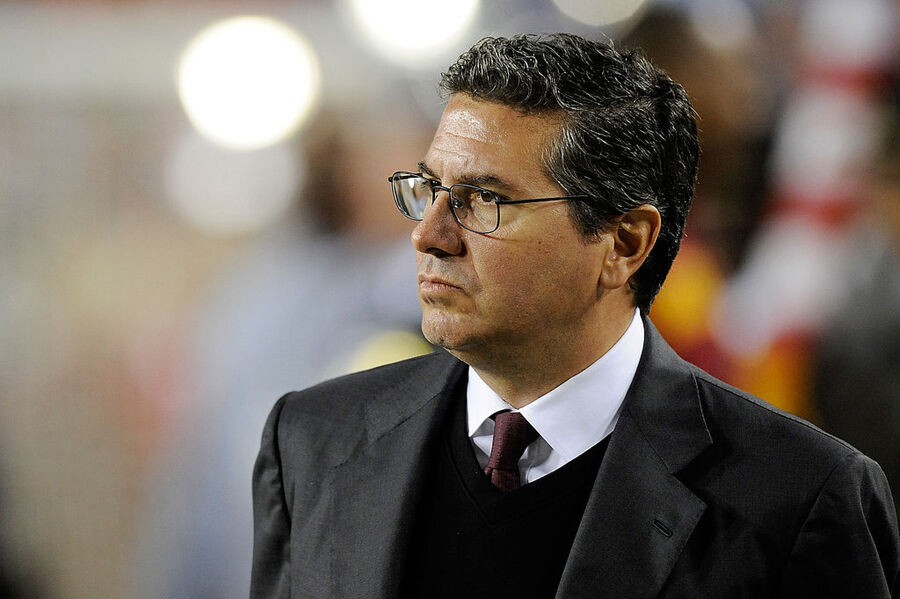 The name wasn't the only issue for the Washington Football Team in 2020. The team is also under investigation for a report in the Washington Post last year that claimed 40 female employees of the team were subjected to sexual harassment. In January, Snyder denied any involvement in the sexual misconduct allegations. Earlier this year, the Washington Post reported that the team paid a former female staffer $1.6 million as part of a top-secret court settlement after she accused Snyder of sexual misconduct while aboard his private plane in 2009. Court documents filed by the Washington Football Team's three minority owners revealed the allegations and settlement agreement.

Over the last several months the owners have been embroiled in a fierce battle over the attempted sale of their share. Snyder filed a declaration two days later accusing minority owner Dwight Schar of attempting to "smear" Snyder in an "effort to gain leverage in this business dispute." Snyder also accused Schar of leaking information to the Washington Post through one of Snyder's former assistants. Snyder made sure to point out that "no evidence of wrongdoing was found after an investigation by a well-respected law firm" into the allegations of sexual misconduct against him.

In the 2020-21 season, the Washington Football Team made the playoffs for the first time since the 2015 season. They lost the NFC wildcard game to Tom Brady's Tampa Bay Buccaneers, who, of course, went on to win this year's Super Bowl.