By Mark Kurlyandchik on October 14, 2018 in Articles › Billionaire News

Most of Russia's richest men – "the oligarchs," or, as we at Celebrity Net Worth often like to call them, "the crazy Russian billionaires" — built their fortunes during the privatization of state-controlled interests in the post-Soviet 1990s. Many bought up the country's vast natural resources through shady deals, thanks to close allegiances with then-President Boris Yeltsin, and the new wave of oligarchs under Putin have followed suit. That's what makes the story of Roustam Tariko, the self-made Russian billionaire who built his vodka and consumer credit fortune from the ground up, so crazy.

Tariko was born into poverty on March 17, 1962 in the town of Menzelinsk, in the Russian republic of Tatarstan. He never knew his father, but worked on the collective farm where his uncle was a boss. At 17, with holes in his shoes, Tariko went to Moscow to study economics. To earn money, the young student swept the streets of Moscow, waking up early and sometimes battling temperatures of -20C while clearing snow for 70 rubles a month. Soon, Tariko would start his first business – a cleaning company – with a couple of college buddies. He then got a job as a waiter in a restaurant, where he watched one of the regular customers literally set money on fire. "I was watching this burning and thinking about my mother, my family, my friends," Tariko told Vanity Fair.

Tariko left the restaurant job during the reforms of the Gorbachev era, which allowed for some private business. He started making money helping foreign visitors book hotel rooms in Moscow, and eventually wound up working for an Italian company that helped Italian businessmen with their travels. Soon, he was making commissions of $10,000 a month. 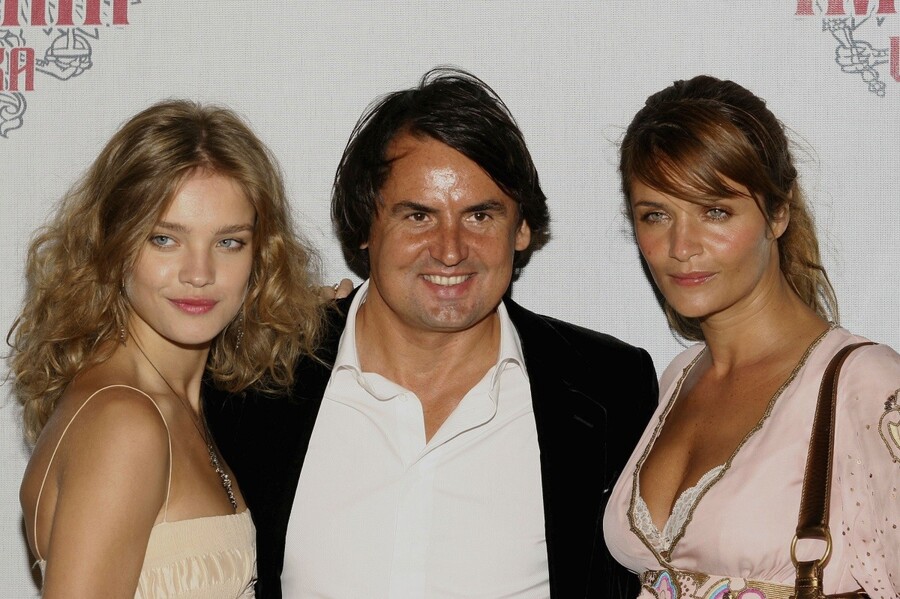 In the late 1980s, Tariko began dabbling in the import business, bringing Italian chocolates from Ferrero Rocher into the previously closed-off Soviet market. After the success of his chocolate sales, Tariko secured exclusive rights to import the Martini brand of vermouth into his country. By 1995, Tariko would become the largest importer of Martini in the world.

But it was in 1992, with capitalism on the rise in the new Russian Federation, that Tariko officially founded Roust Inc. The company quickly became a dominant spirits distributor, growing to control three quarters of Russia's Western-alcohol market, with brands including Johnnie Walker and Baileys.

Six years later, with his sights set on elevating drinking in Russia, Tariko founded Russian Standard Vodka, the country's first premium vodka label. Today, it is exported to more than 80 markets worldwide, and is claimed by the company to be "Russia's only truly global consumer brand."

But Tariko didn't stop there. Instead, he went into business in a completely different field: consumer banking and credit. In 1999, partnering with McKinsey & Co., Tariko launched Russian Standard Bank. Just three years later, it was the market leader. Today, Russian Standard controls more than half of the consumer credit market in Russia and employs some 25,000 people. As a result, Tariko joined the Forbes Billionaires list in 2006.

Tariko has certainly come a long way from the fatherless college student with holes in his shoes, sweeping the streets of Moscow in the freezing winters. Today, "Mr. Vodka" lives large. A Vanity Fair profile detailed the $2.7 million birthday party in Venice he threw to celebrate 45 years on the planet. It was a masquerade on an island palazzo with costumed entertainers and mounds of black Caspian caviar. Both Miss Russia and Miss Italy reportedly attended (no big deal, considering Tariko runs the Miss Russia pageant).

Tariko's $50-million private jet is a modified Boeing 737, painted with the Russian Standard colors. He reportedly travels with an entourage of handlers: lawyers, secretaries, a head butler, and even an official taster, who tries everything before Tariko does to make sure it's not poison. He purchased his home on the Italian island of Sardinia from Silvio Berlusconi's wife, and his 180-foot yacht, the AnnaEva, named after his twin daughters, can often be found anchored off the coast.

And while he isn't as loaded as fellow Russian billionaires Vladimir Potanin or Mikhail Fridman, Tariko can claim to have amassed his $1.75 billion fortune with his own two hands – without the shady backroom deal-making that goes on between Russia's business and political elite. Still in his early 50s, Tariko likely has a lot more up his sleeve, with a goal of elevating Russia while bringing luxury to the masses.