This Couple Uses An Absolutely Nutty Amount Of Water

California has been immersed in a drought of biblical proportions for the past six years. Recent rainfall has helped mitigate the seriousness of the Golden State's lack of water, but hasn't cured it. Another dry year, and the state could be plunged right back into drought. Take a drive through the state and you will see the devastation the lack of rain and snow has caused. The San Joaquin Valley is filled with brown hills and parched land. The small town of Lost Hills, California –population just under 2,500 – is a dusty outpost consisting of a James Dean gift shop, a tamale shack, a run down tire store, and a sketchy looking pool hall.

Drive a little to the west of Lost Hills on Route 33 and it is a different world. Rows and rows of lush green trees – ­70,000 acres of them – dot the landscape. They are almond and pistachio trees and they are notoriously thirsty. This land and the tress on it belong to Stewart and Lynda Resnick. They comprise about $3 billion of the couple's $5 billion fortune. 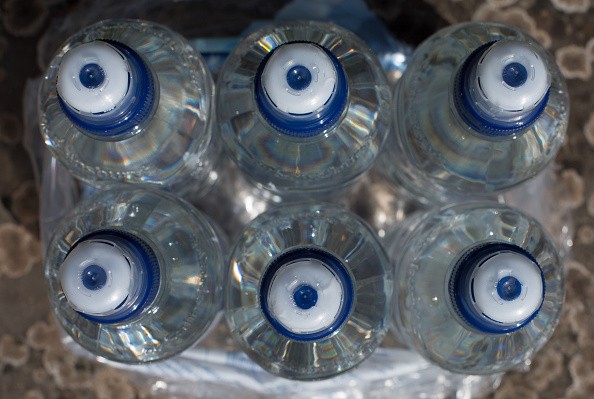 This land has plenty of water in a state with draconian water laws. The Resnicks orchards have had more access to water than any other farm in California during the worst drought in the states history.  The Resnicks use roughly 120 billion gallons of water a year. That's enough to supply water to the 852,000 residents of San Francisco for 10 years. That is more water than every single home in Los Angeles combined.

The Resnicks own a majority of the Kern Water Bank. The water bank is one of the state's biggest underground water storage facilities wih they've owned for two decades, allowing them to get more water than older farms. (California awards water rights based on seniority. The Resnicks didn't have any, they got the water anyway.)

The Resnicks also own Teleflora – the nation's largest floral delivery service; Fiji Water, the best-selling bottle water; Pom Wonderful, the popular mandarin orange brand Halos, and Wonderful Pistachios. The Resnicks are the biggest almond and pistachio producers in the world and they also have enormous groves of grapefruit, navel oranges, and lemons.

Lynda Resnick grew up in Philadelphia in the 1940s. Her father, Jack Harris, was in show business, producing The Blob. Eventually, he moved the family to Beverly Hills. Lynda grew up wealthy and wanted to go to art school but her father wouldn't pay for it. She got a job in a dress shop and created ads for the store. By the time she was 24, she was heading up her own ad agency, Lynda Unlimited, had three kids, and was divorced.

Several years later, Lynda met Stewart Resnick. Stewart was the son of a Ukrainian bartender. He grew up in New Jersey, he worked his way through UCLA as a janitor and founded White Glove Building Maintenance. The business grew quickly and Resnick found himself with 1,000 employees and his first million before he graduated from law school in 1962. He met Lynda when she pitched his company to handle its advertising. They married in 1973.

Their first big purchase together was Teleflora in 1979. Lynda came up with the "flower in a gift" concept that most florists use today. The flowers will die, but the vase and teddy bear won't. The Resnicks acquired Franklin Mint in 1985 and at the time, the company sold commemorative coins. Lynda introduced jewelry and dolls. She bought a fake pearl necklace that once belonged to Jackie Kennedy for $211,000, a move many people didn't understand. Lynda had the last laugh however, when she sold more than $130,000 knock offs of that necklace and grossed $26 million.

The Resnicks foray into fruits and nuts began in 1978 as a measure of offsetting inflation. They bought 2,500 acres of orange trees in Kern County, California. In 1988, during the last drought, they bought an insane number of acres of  pistachio, almond, and citrus groves at bargain basement prices. By 1996, the agricultural arm of their company was the largest producer and packager of almonds and pistachios in the world with $1.5 billion in sales. Today, the Resnicks own 130,000 acres of farmland that gross $4.8 billion.

Somewhere along the way, the Resnicks ended up with 100 acres of pomegranate orchards. After the family physician told Lynda about the fruit's role in folk medicine, she commissioned a study. The results found that there were more antioxidants in pomegranate juice than in red wine. The marketer in Lynda sprang into action and she created Pom and its distinctive bottles in 2001. Pom was an immediate success. By the end of 2002, Resnick was selling millions of dollars of Pom juice.

The Resnicks are noted philanthropists. They gave UCLA $15 million to found the Stewart and Lynda Resnick Neuropsychiatric Hospital, they gave the Los Angeles County Museum of Art $35 million, and they gave $20 million to Cal Tech. Their political and charitable donations in 2015 alone totaled more than $48 million. They've also spent $15 million on Lost Hills' 2,500 residents, 600 or so of who work for the Resnicks. That money has funded everything from parks, sidewalks and playgrounds to housing, a preschool, and a health clinic.

But let's get back to the water. Of the 120 billion gallons the Resnicks use each year, two thirds of it goes directly to their almond and pistachio trees. As previously stated, the couple has owned a majority stake in the Kern Water Bank for two decades. The Kern Water Bank is capable of storing 500 billion gallons of water. Over the past few years, the Resnicks have spent about $35 million buying water from other districts to ensure their thirsty orchards had enough.

They not only have enough water in their control to supply their orchards with 120 billion gallons a year, they have enough to sell water back to the state of California. The Resnicks bought water for $28 per acre-foot – the amount needed to cover one acre of land in one foot of water and then turned around and sold it to the state for $196 per acre-foot. The state then used it to supply it to other farmers whose supply had been diminished from the drought and the strange deal the Resnicks made with Kern County. The Resnicks have netted roughly $30 million in water sales.

California's Central Valley, where the Resnicks' land is located, is an ideal place in many ways to grow nut and fruit trees. The area has cool but not cold winters and hot summers perfect for flowering and ripening. Yet very few of these trees are native to the area. The Central Valley averages just five to 16 inches of rain annually. That is what farmer's call "God Water" as it is just 20% of what's required for an almond or pistachio harvest. One season without water can kill an orchard.

In California, farmers have historically pumped just enough groundwater to their crops to survive. During California's drought, nut growers like the Resnicks used it to expand. The acreage devoted to almond trees has increased 47% over the last ten years. In that same time period, California's pistachio acreage has doubled. The Resnicks pistachio factory in Lost Hills is the biggest in the world and it's going to get much bigger very soon. They are planning to expand their pistachio acreage by 40% by 2020 to meet the demand for the salty snack in Europe and Asia. That growth will require even more water. It's a good think the Resnicks have control over all that water in Kern County.