By Brian Warner on March 27, 2020 in Articles › Billionaire News

Zoom CEO Eric Yuan must have extremely mixed feelings about Coronavirus over the last few weeks. On the one hand, it's a global tragedy that has literally killed thousands of people. The global economy has been utterly decimated, with millions filing for unemployment. On the other, it's doubled Yuan's net worth.

Eric Yuan was born in China in 1970. He has a Master's Degree in engineering from China University of Mining and Technology. In 1994, he landed a job that required a 4-month stint while living in Japan. At some point during this Japan sabbatical, he was able to attend a speech given by Bill Gates, who described the early growth of the internet industry back in United States. Erin immediately decided he needed to move to the US.

So Yuan applied for a visa, and was promptly rejected.

So he applied again, and was rejected.

Eric founded Zoom in 2011 at a time when there were already a dozen competing video conferencing platforms. Unlike many of the existing conferencing systems, Zoom focused on business-to-business customers over regular consumers.

The company's private market value hit $1 billion for the first time in June 2017, thanks to a $100 million investment from Sequoia Capital. 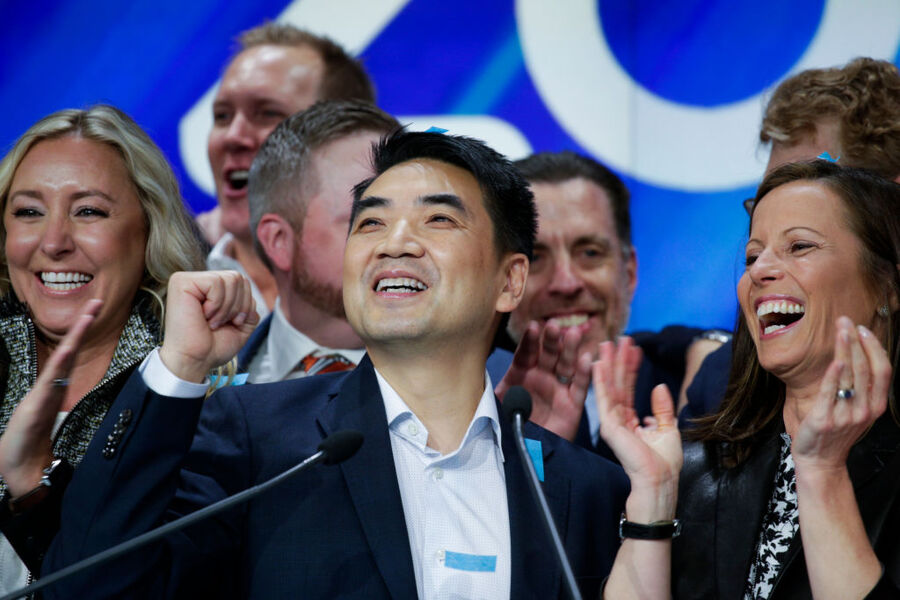 The company's stock price soared 72% on the first trading day and left Eric with a paper net worth of $3 billion.

Coronavirus (and the resulting COVID-19) started to become a global pandemic in early-to-mid March, 2020. In this period, hundreds of million of people suddenly were told to work from home. As everyone began working from home, Zoom's usage sky rocketed and with that usage, so did the stock price. Below is a chart of Zoom's stock price since the IPO: 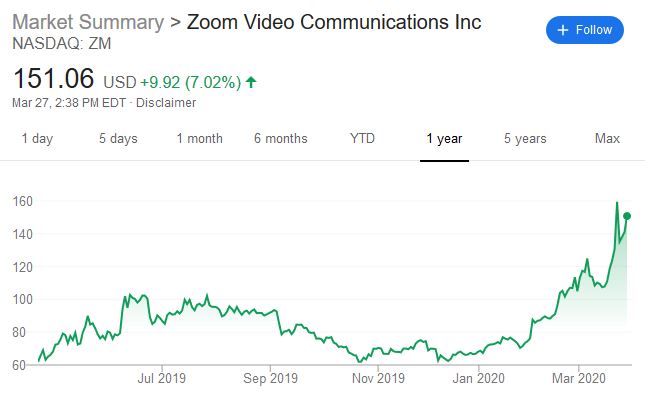 And with that market cap growth, Eric Yuan's net worth has grown from $3 billion to $8 billion. That's a 62% increase, most of which has occurred in under a month.

A $5 billion increase in net worth pretty much all thanks to Coronavirus. How do you think Eric feels about his rising fortunes? Certainly some mixed emotions!