Kelcy Warren builds pipelines, and that business has been very good for his net worth. When he's not building pipelines, he likes to write old school sad sappy country songs such as the one about his girlfriend leaving him for his best friend.

The Texas billionaire is the co-founder and CEO of Energy Transfer Partners (ETP), the company building the controversial Dakota Access Pipeline at Standing Rock, North Dakota. That isn't the only controversial pipeline Warren is laying. He's also behind the Trans-Pecos pipeline near Big Bend National Park–the largest protected area of Chihuahuan Desert topography and ecology in the United States.

Warren has spent millions in support of right wing politicians. He donated $700,000 to Texas governor Greg Abbott's PAC. In 2015, Abbott appointed Warren to the Texas Parks and Wildlife Commission. He gave $6 million to Rick Perry's failed presidential campaign. Perry is on his company's board. He knows how and where to spend his money to get the influence he wants for his company. That's a fairly shrewd move that a billionaire can afford to make. 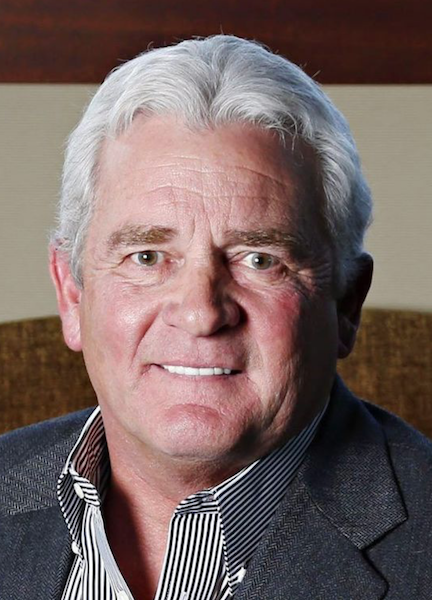 Warren spent $100,000 to help get Donald Trump – a former ETP shareholder – elected President. He made it clear that in exchange for that $100,000 he expected all hurdles to the completion of the Dakota Access Pipeline to be removed on January 20th or soon thereafter. And that is exactly what happened. Four days after taking office, Trump issued an executive order to speed up the completion of the pipeline.

Warren has also given $223,000 to members of the Texas Railroad Commission. The money was expressly given to the three specific members who rule on the eminent domain requests his company uses to run their pipelines through farms and ranches that are privately owned.

Kelcy Warren insists he isn't evil, despite how liberals and environmentalists like to portray him. He's just a businessman. He is an entrepreneur.

Kelcy Warren was born to a working class family in 1955 in Gladewater, a small town in east Texas. He grew up playing football and basketball. He had summer jobs. His dad worked for Sun Pipeline as a welder and one of Kelcy's summer jobs was sanding seams for that company. He enrolled at the University of Texas-Arlington, joined a fraternity, and was on the track team. He ended up flunking out after his freshman year. When he went home, his dad told him he could go to community college, but he was also going to work with him out in the oil fields. He eventually worked his way back to UT Arlington and graduated with a civil engineering degree.

After college, Warren got an entry level job at a small gas company in Dallas called Lone Star. Then, Warren held executive positions in different gas companies, including Endevico, Cornerstone Natural Gas, ETP Enogex Partners, La Grange Energy and many more. In 1995, he launched Energy Transfer Partners with his partner, Texas Rangers owner Ray Davis, by buying a bankrupt pipeline company. By 2002, he and his partner had $50 million in assets.

Warren also drops tons of cash on toys. He has several private jets, owns a private island off Honduras, a 25,000 acre golf resort near Big Bend and ranches in Colorado and Texas. His main home in Dallas is a 27,000 square foot palace with its own bowling alley and baseball diamond.

Kelcy Warren also owns a small music label and recording company, and is the founder and driving force behind the Cherokee Creek Music Festival in Texas. Music is what drives him. It is his passion.

Warren has defended his projects vociferously; He insists that the Dakota Access Pipeline is "built to safety standards that far exceed anything government requires."

The Dakota Access Pipeline will be 1,172 miles long and carry 570,000 barrels of oil each day through wildlife habitats and watersheds. The DAPL is in addition to 75,000 miles of pipeline worth about $67 billion that he already owns.

Warren's friends insist he is a good guy, a quirky guy, who loves nature and knows all the names of the parks and peaks and ecological preserves he builds his pipelines through and across. They think the activists are demonizing him. They insist every person has redeeming qualities as they cite the time Warren revitalized a park in Dallas and named it after his son Klyde and then stipulated that Klyde spend one afternoon a month picking up the trash at the park.

Warren's friends insist he isn't trying to hurt anyone or destroy anyone's life. He's just an American entrepreneur who wants to grow his business.

Leading the opposition to Kelcy Warren's new pipeline are the Standing Rock Sioux. The tribe is near where the pipeline crosses from North Dakota into South Dakota and the pipeline will pass under the Missouri River. The tribe uses water from the river for drinking and irrigation. The Standing Rock Sioux have the support of 60 American Indian tribes as well as environmentalists, human rights advocates and farmers.

Kelcy Warren has a net worth of $6.4 billion.