By Brian Warner on April 14, 2021 in Articles › Billionaire News

Coinbase, the largest cryptocurrency trading platform in the United States, just went public. The company used a slightly unusual "direct listing" for its debut. With a direct listing, there are no investment banks or pools of wealthy investors promising to create a market for the stock once it goes public. Instead the company's shares are essentially just hoisted onto an exchange, in this case the NASDAQ, for investors to buy immediately at whatever price the market makes.

Weeks before the IPO, Coinbase's private valuation was $65 billion.

The world initially expected the company to debut at $250 a share. As I type this article, Coinbase is trading at $381, which gives the company a market cap of $100 billion.

Company co-founder Brian Armstrong owns 20% of the company's shares. At today's market cap levels, that gives him a net worth of $20 billion.

That means Brian Armstrong has been instantly propelled into the ranks of the 100 richest people in the world.

By our count, Brian Armstrong's net worth of $20 billion makes him the 73rd richest person in the world. He is roughly as rich as Luxottica Chairman Leonardo Del Vecchio, Red Bull founder Dietrich Mateschitz and vacuum tycoon James Dyson. 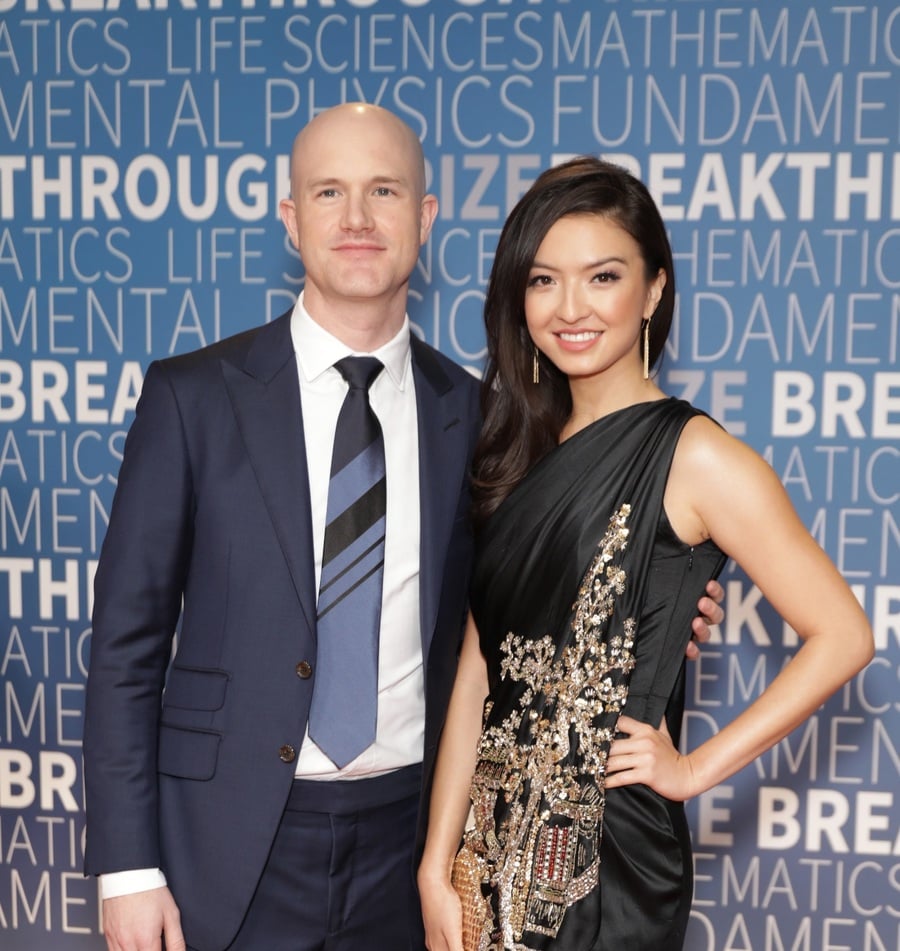 According to legend, sometime around 2010 Brian came across the original Bitcoin whitepaper written by the cryptocurrency's mysterious founder Satoshi Nakamoto. He was working as a consultant at the time and would later explain that after reading the whitepaper he "couldn't get Bitcoin out of my head".

At the time, buying or selling Bitcoin was extremely difficult. Even Armstrong, with a master's degree in Computer Science, found the process cumbersome. At some point he had what would prove to be an extremely valuable revelation. The revelation is simple and obvious in hindsight, but keep in mind this was a decade ago.

His revelation was that mainstream investors would eventually need a user friendly way to buy and sell digital currency.

Armstrong soon partnered with a friend named Fred Ehrsam to create a platform for trading crypto. Brian and Fred met in the Bitcoin subreddit.

They officially founded Coinbase in 2012 after raising $150,000 from tech incubator Y Combinator. Brian served as CEO. Fred served as President.

A year later the duo raised $25 million in a Series B funding round that valued the company at $143 million. Investors in this round included Union Square Ventures, Andreessen Horowitz and QueensBridge Venture Partners (which was co-founded by rapper Nas). At the time the price of a single Bitcoin was $130.

Fred Ehsram stepped down from his day-to-day role in 2017. He remains on the board and continues to own around 9% of Coinbase stock which gives him a net worth of $9 billion at today's valuation.

It's last private funding round in 2018 valued the company at $8 billion.

Weeks before the company's IPO, company shares traded on private markets at a roughly $65 billion valuation.

Just minutes ago, Coinbase made its direct debut on the NASDAQ. Yesterday, the predicted debut price was $250 per share. As I mentioned, moments ago the stock debuted out of the gate at $380 per share.

Today more than 50 million people use Coinbase to buy around 50 different cryptocurrencies.

Coinbase has around 1,200 employees who are likely feeling extremely good today.