Cocaine And Prostitute Filled Night Lands Billionaire In Hot Water, But With A Light Sentence

Vancouver billionaire David Ho was arrested after a night of cocaine and sex for hire at his mansion. The 60-year-old whose full name is Ting Kwok David Ho, pled guilty to unlawful confinement of a woman and possession of an unregistered weapon. The charges stem from a 911 call placed on the night of December 28, 2009. He was ordered to pay $5,000, serve a year's probation, attend a drug counseling program, and perform 45 hours of community service. The cocaine possession charges were dropped as part of a plea bargain.

The thing is, he got off pretty lightly, all things considered. Ho had contacted a woman over a chat line on the dating site Lava Life. The woman agreed to have sex with him for money. Ho picked her up and after a meal at McDonald's, drove her to his mansion. The couple smoked cocaine in his bedroom, did some role playing, and had sex. When she tried to leave, he prevented her from doing so. At 4:45am the woman called her father, reportedly saying "Dad, help me, I'm on a bad date." The father heard his daughter saying, "Let me out, let me out!" 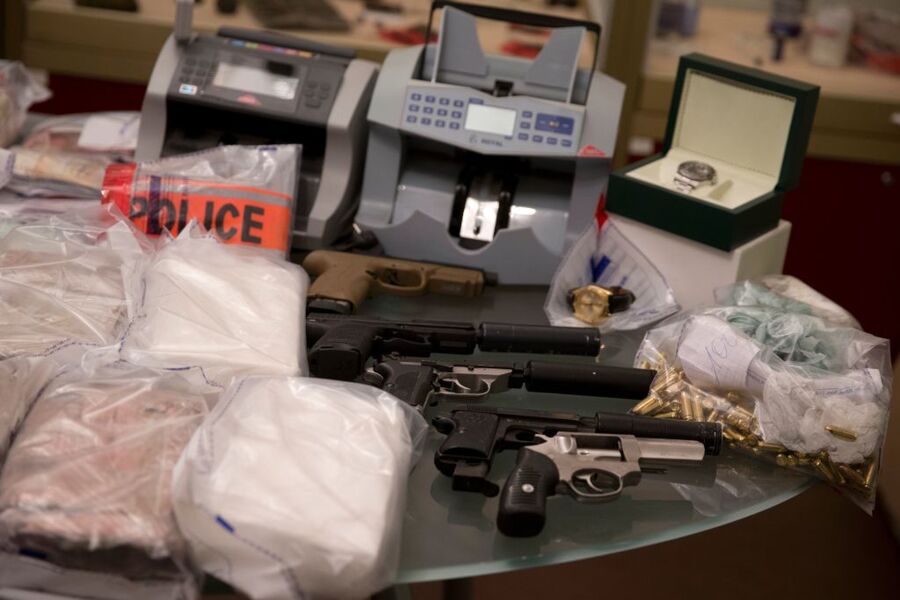 The woman had to wiggle out of her shirt to get away, and in the act of doing this, she fell down the stairs. Ho attempted to pull her back by her ankles and upper arms. She ran outside wearing only her bra and panties, jumped over a fence, and called 911. She did not know the address of Ho's home to direct authorities to her, however.

During the search of his house, police found 13 grams of cocaine and 13 guns. In the jump over the fence, the woman fractured her heel and tore her Achilles tendon. Her injuries required surgery.

David Ho is a Canadian citizen originally from Hong Kong. In 2005, he was named Businessman of the Year by the Vancouver Junior Board of Trade. He is the grandson of Ho Ying Chie, the former owner of Hong Kong Tobacco Co.  Ho's brother, Charles Ho, a media mogul who is chairman of the Sing Tao News Corp.

Ho went to college in the U.S. and first landed in Canada in 1984 and became a Canadian citizen two years later. He still holds the lease on the University Golf Club, located on the grounds of the University of British Columbia, his first business in Canada. At one time he owned Gray Beverage, which is the largest soft drink distributor in British Columbia and Alberta. He also previously owned the high-end dealership MCL Motor Cars and founded the now-defunct Harmony Airways airline.

Ho's companies employ about 300 people and he has donated $1.2 million to local charities over the years, including the Vancouver Symphony, BC Children's Hospital and Canucks Place.

Ho is also a former member of the Vancouver police board and has had previous run-ins with police. During one, crack pipes were found in his downtown Vancouver apartment after a prostitute called 911 from his home, claiming that Ho wouldn't let her leave.

In 2009, Ho said in an interview that he was an insomniac who sometimes goes out at night looking for prostitutes to help them.