Is Coachella Owned By An Anti-LGBTQ/Climate Change Denier?

By Amy Lamare on January 13, 2017 in Articles › Billionaire News

The annual Coachella Valley Music and Arts Festival released its 2017 lineup this week and fans lost their minds. Queen Bey, Beyoncé, will headline alongside Radiohead and Kendrick Lamar. The three-day event takes place on two weekends in April and is already sold out. One thing the headliners and other acts like Lorde and Bon Iver have in common is that they all support women's rights and LGBTQ causes. Unfortunately, the owner of the festival may have other points of view…

The Coachella Valley Music and Arts Festival was purchased by the Anschutz Entertainment Group (AEG) in 2001. AEG is a subsidiary of billionaire Phil Anschutz's privately held Anschutz Corporation, which owns conservative publications The Weekly Standard and The Washington Examiner. AEG is an enormous entertainment empire that owns and operates the movie theatre chain Regal Cinema. AEG also owns Los Angeles' Staples Center and StubHub Center and owns major stakes in a number of sports teams including the Los Angeles Lakers, Kings, and Galaxy. And that's just in Los Angeles. AEG also owns sports teams and venues around the world. AEG is the world's largest owner of sports teams and sports events and the second largest presenter of live music and entertainment events after Live Nation. 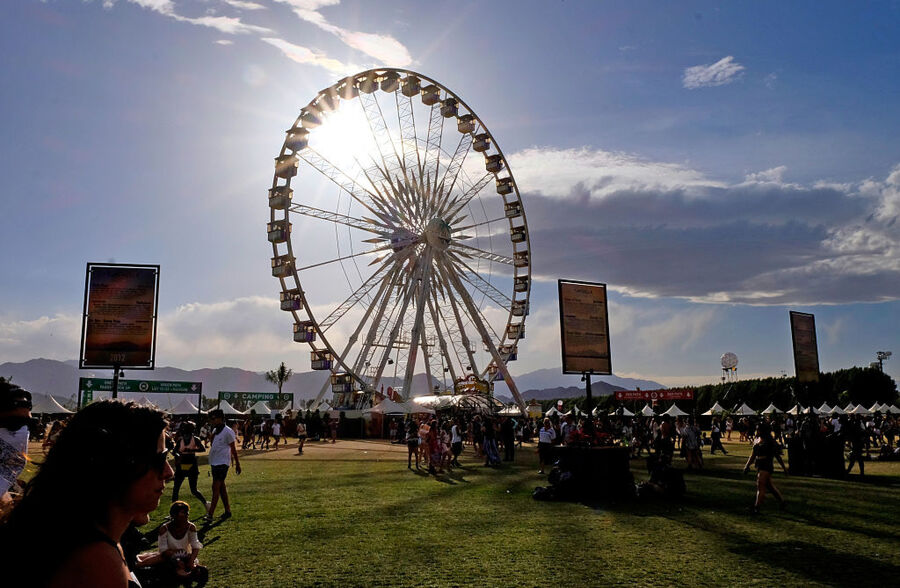 All of that is owned by 77-year-old reclusive billionaire Phil Anschutz who has a net worth of $10.7 billion and also owns the Anschutz Family Foundation, which has more than $1 billion in assets. While the Foundation funds some great causes such as the University of Colorado at Denver School of Medicine and the Children's Hospital Foundation, it also donates hefty amounts of money to anti-equality groups and climate change denying groups.

Between 2010 and 2013, the Anschutz Family Foundation reportedly made the following donations:

$30,000 to the Family Research Council, a lobbyist organization that opposes pro-LBGTQ laws. The Southern Poverty Law Center has named this organization a hate group.

$50,000 to National Christian Foundation. The foundation has donated tens of millions of dollars to ADF, the Family Research Council, and other similar organizations.

In 1992, he was a big supporter of Colorado proposition Amendment 2, which sought to overturn laws that offered LGBTQ protection. In 1993, that law was ruled unconstitutional.

To his credit, Anschutz did stop donating to all these causes once it became abundantly clear that these foundations were controversial. Perhaps he had a reversal of ideology? Or maybe he figured it wasn't good marketing to support anti LGBTQ causes? Either way, it's good that he stopped.

Understandably, Coachella fans were upset by this recent revelation. However, it didn't stop them from snapping up weekend passes as fast as they could. It remains to be seen if this will cause some of the big names set to play the festival to pull out or the fans to stay home.