Chobani Founder Does It Again: Employee Stock Deal Could Make Some Of Them Millions!

Hamdi Ulukaya, the Turkish-born U.S. billionaire who is the founder and chairman of Chobani Yogurt has gone and proven once again what an amazing human being he is. First, he joined the Giving Pledge and promised to spend half of his $1.5 billion fortune to help Syrian refugees. Then he offered those same refugees jobs in his yogurt plants. Now, he's giving his 2,000 full time employees a stake in his company that could make some of them millionaires.

Ulukaya, who founded Chobani in 2005, told his employees at the company's upstate New York plant that he was giving them shares worth up to 10 % of the company when it goes public or is sold. Ulukaya said he wanted to pass along the wealth his employees have helped him build over the past decade. 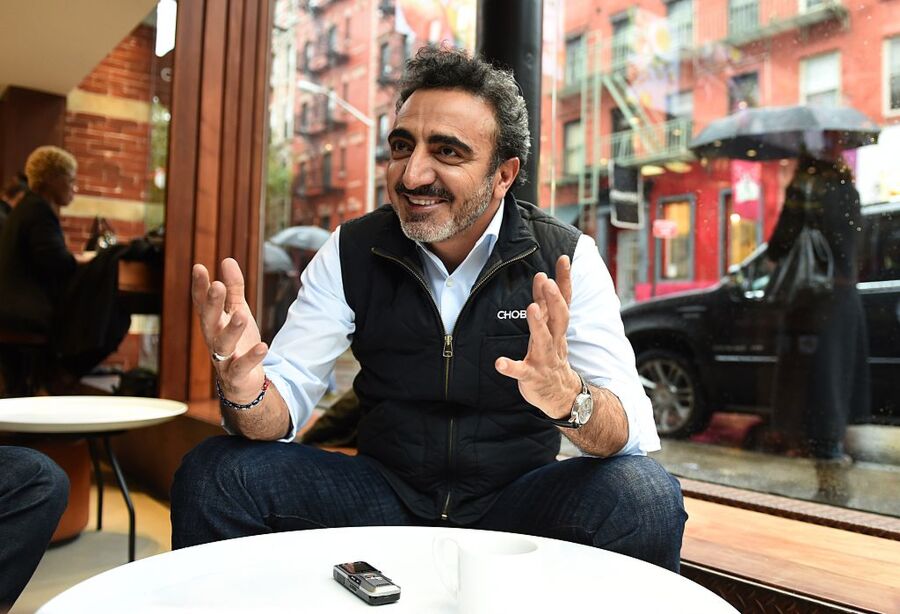 On Tuesday, Chobani employees were given a white envelope, which contained information about how many Chobani shares they had been granted. The number of shares given to each employee is based on tenure. The longer someone has worked at Chobani, the more shares they got.

When Chobani received a loan two years ago from TPG Capital, the company's value was estimated to be $3 billion to $5 billion. Let's assume the company is worth $3 billion – the average employee payout would be $150,000. Some of the earliest employees who receive many more shares could end up with more than $1 million.

The shares distributed to Chobani employees come from those owned by Ulukaya. Employees can sell the shares if the company goes public or is sold. If they leave the employ of Chobani, they can take the shares with them or the company will buy them back.

This move by Ulukaya and Chobani is unusual in the food industry. It is more common in technology startups, which often give employees shares as a part of their compensation package in the early days of a company. People who were with Facebook since the beginning became overnight multimillionaires from stock programs like this. However, unlike tech companies, Ulukaya is giving his employees a stake in the company after it (and its value) has been established.

This move comes before TPG Capital can exercise their warrants and take up to a 20% stake in the company. A few years ago, Chobani ran into some problems after the company spent nearly half a billion dollars to build a one million square foot yogurt processing plant in Idaho. The company had issues getting new product lines at that plant off the ground. This is when Chobani turned to TPG Capital for a $750 million loan to get the Idaho plant's operations up to par. With that cash in hand, Chobani was able to turn things around and business has rebounded and then some.

However, shortly after the loan deal was done, tensions mounted between Ulukaya and TPG. For one thing, TPG bragged publicly about waiting until the last moment to swoop in and save Chobani so that they could get a better deal. TPG has also been vocal about their desire to oust Ulukaya as CEO. Ulukaya has been involved with every operation of the company he founded since 2005.

Even after the employee stock deal, Ulukaya owns the vast majority of Chobani, though of course his shares have been diluted. He made the employee share program part of his demands when he made the deal with TPG. His reasoning was that without them, the company wouldn't be the success it is and they deserved a part of that.