By Brian Warner on September 2, 2018 in Articles › Billionaire News

It has not been a good Labor Day weekend for Chinese tech tycoon Liu Qiangdong. Qiangdong, who also goes by Richard Liu, is the founder of Beijing-based e-commerce giant JD.com. He is one of the richest people in China and quietly one of the most powerful people on the internet. You may not have heard of Mr. Liu, and probably wouldn't recognize him walking down the street, but his company is the 20th largest website in the world and he has a net worth of $7.9 billion as of this writing. So this is somewhat of a big deal despite the fact that the company denies all charges and said it was a misunderstanding. Here's what we know:

Jail records indicate that 45-year-old Liu was arrested in Minneapolis on Friday night at 11:32 pm for alleged sexual misconduct. He was released Saturday afternoon at 4:05 pm, pending possible criminal charges in Hennepin County. A police spokesman would not provide further details on what he called an active investigation. Here's the mugshot: 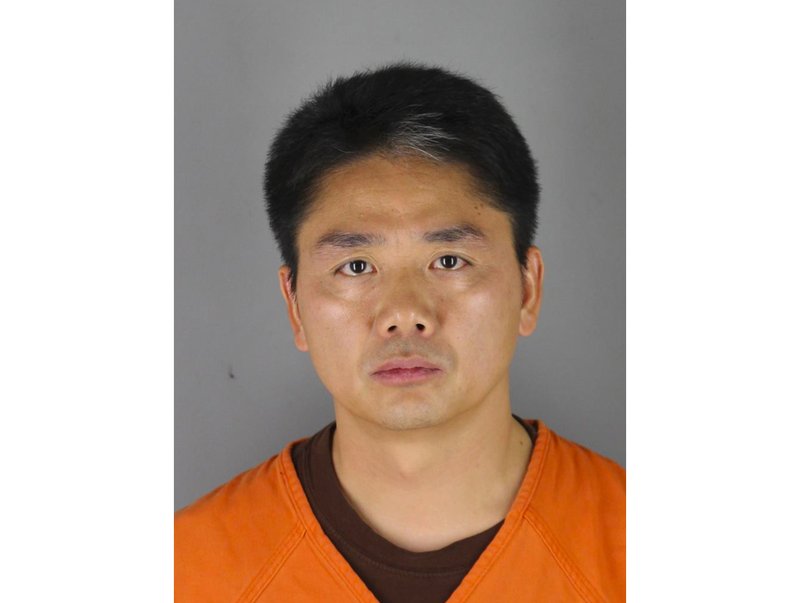 A spokesperson for JD.com posted a statement Sunday saying the accusations were false and that police investigators found no misconduct and that Mr. Liu would continue on with his scheduled U.S. business trip. The company spokesperson also vowed to "take the necessary legal action against false reporting or rumors". So let me take a moment to reiterate that these charges are alleged and not a ton of detail has been released beyond the fact that Liu was arrested, booked and held overnight. Here's more from the company's statement:

"During a business trip to the United States, Mr. Liu was questioned by police in Minnesota in relation to an unsubstantiated accusation. The local police quickly determined there was no substance to the claim against Mr. Liu, and he was subsequently able to resume his business activities as originally planned."

A police spokesman would not comment on an active investigation and only said that "the individual was released pending formal complaint."

So we really have no idea what happened and may not ever know if the person complaining decides to not pursue this further.

This is not Liu's first controversy. Back in 2015 he held a party at his $18 million penthouse in Sydney, Australia. At that party, one of his male guests was accused of sexually assaulting a female guest. Australian media reported at the time that Liu unsuccessfully attempted to sue to keep his name out of the criminal case.

Liu Qiangdong founded JD.com in 1998 with just $2000 of his own money. It was originally called Jingdong Century Trading Company. The company specialized in selling magneto optical disc drives that powered minidisc players, the precursor to iPods and various other consumer electronics goods from a physical storefront. It soon expanded to groceries, apparel and virtually anything else you could want to buy.

In March 2013 the company officially changed its name to JD.com. They reportedly paid $5 million for the domain.

Today JD.com is one of the largest e-commerce sites in China, rivaling Jack Ma's Alibaba.com. JD has over 300 million active members. It boasts one of the most sophisticated delivery networks of any company on the planet. JD operates the largest drone delivery system in the world and even uses a fleet of driverless trucks for deliveries.