Larry Xiangdong Chen had a great 2020. After the outbreak of COVID-19, the share price of his online tutoring company GSX Techedu (ticker symbol GOTU), surged. Unfortunately 2021 has been less positive for Larry. Not only has COVID retreated, allowing kids back in schools and away from online learning, but China has begun to crackdown on the online education sector in general. As a result, his company's share price has fallen nearly 90% since the beginning of the year.

That drop shaved Larry's net worth from an all-time peak of $16 billion to around $1.5 billion today. In other words, Larry has seen $14.5 billion wiped off his net worth in the last few months alone.

GSX Techedu is a Chinese education technology company offering online tutoring for K-12 students, through its online education platform Genshuixue. The company also offers foreign language and professional training courses for adults. It was an extremely popular and perfectly-timed service as COVID wreaked havoc on the world's education system. As kids go back to the classroom it has become less useful.

Making matters worse, China's President Xi Jinping has focused a new intense scrutiny on the education sector, claiming that after-school tutoring is negatively affecting children's well-being. Techedu has shut down its pre-school education sector for children ages three to eight due to the Chinese government's ban on kindergarten and private-tutoring schools engaging in elementary school curriculum. The company has had to fire nearly a third of its staff. 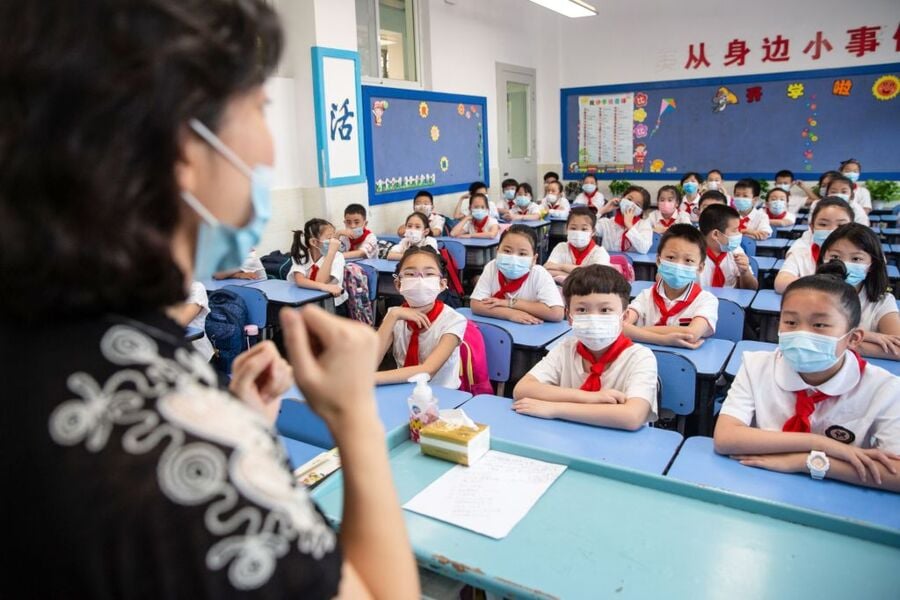 In early January, Chen's net worth peaked at $16 billion.

In March, Techedu's main investor, Bill Hwang's Archegos Capital Management collapsed, leading to a 56% drop in share price in one day. Further complicating matters, the U.S. Securities and Exchange Commission is investigating Chen's company after more than a dozen research reports revealed GSX may have inflated its projected revenue. The reports, it should be noted, come from firms that specialize in short selling.

Chen owns 44% of his company's outstanding shares. The company went public in June 2019.

Chen comes from a small, poor Chinese village. He was a middle-school teacher until 1999 when he joined New Oriental Education and Technology Group. He rose through the ranks to become that firm's executive president. He left in 2014 to found GSX Techedu.