By Joseph Gibson on September 25, 2016 in Articles › Billionaire News

The release of Apple's iPhone 7 was greeted by a typical fervor from Apple devotees, almost all of whom are probably incensed at the story of Coco, the owner of not just one or two iPhone 7s, but eight. Why? Because Coco is an Alaskan malamute belonging to Chinese billionaire Wang Jianlin's son Wang Sicong, who bought eight iPhone 7s for his dog for reasons that will probably never be totally clear.

According to CNN, Coco received her eight iPhone 7s on the day they were released in China, after which the dog was seen posing with her smartphone haul on her official verified Weibo account (Weibo is essentially China's Twitter equivalent). In the photos, you can see that Wang was considerate enough to give his dog a mix of color options – five black and three rose gold – which is an especially kind gesture given that dogs are colorblind. Judging from the caption on the post with the photos, Wang (or whoever handles the dog's social media posts) had some kind of satirical point about conspicuous consumption in mind with the stunt:

"I don't understand all the show-off posts on (social media) What's the point? Don't make me do it?"

This is not the first time Wang has received attention for lavishing his dog with expensive gifts on social media. Last year, Coco was photographed wearing two Apple Watches valued at about $37,000 thanks to their high-price bands. And not all of Wang's public controversies have been related to his dog, however, as he also caused a public outcry by saying the only thing he cared about in assessing potential girlfriends was the size of their breasts. This statement cased China's state-run media to harshly condemn Wang, and even his father appeared on TV to blame his son's attitude on his Western education. 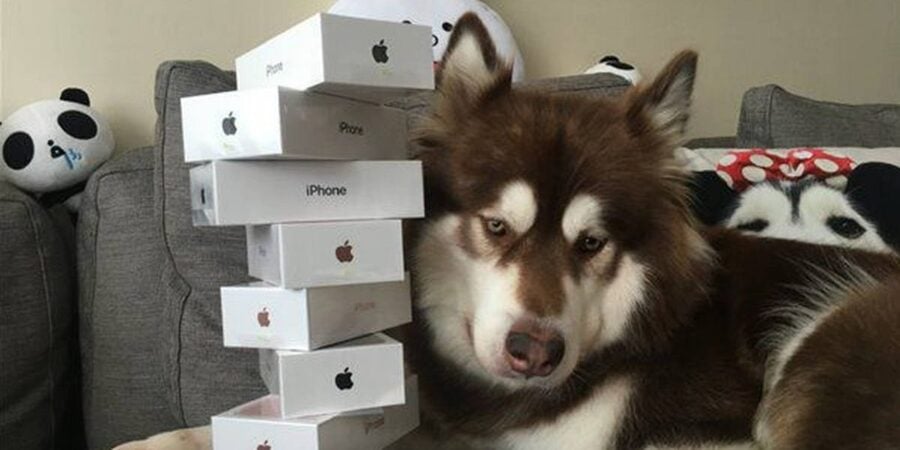 It remains to be seen whether Wang Sicong's latest stunt will cause similar public outcry, or if the billionaire heir known as "the nation's husband" will eventually settle down and allow his dog Coco to live the life of a normal, smartphone-less dog.