By Joseph Gibson on August 8, 2019 in Articles › Billionaire News

Chinese billionaire and controversial Mar-a-Lago member Guo Wengui is currently a fugitive from the Chinese government. Depending on who you ask, it's either for political reasons or his alleged activities in the fields of bribery, fraud, and money laundering. Whatever the reason, he says adamantly that he is not a double agent, and he's suing CNN and anchor Erin Burnett for what he alleges were false statements made in order to "garner view(s) for a sensational 'story' with no regard for the truths or underlying facts," according to the suit.

Wengui wants $50 million from CNN, its parent company, and Burnett herself, all named in the lawsuit according to the New York Post. The suit states that during a segment on CNN's Outfront, the anchor made the following allegedly defamatory statement:

"New tonight, the Chinese billionaire and member of Mar-a-Lago accused of being a spy…"

Miami Herald reporter Sarah Blaskey provided commentary during the offending segment, but despite being quoted in the lawsuit she is not among the parties named as defendants. She's quoted in the documents making the following statement as part of her commentary:

"Now, we just found out this past Friday from court filings in New York that a company that he partnered with in the past to do a bit of research, a U.S. based company, has accused him of trying to gather intel for the Chinese government." 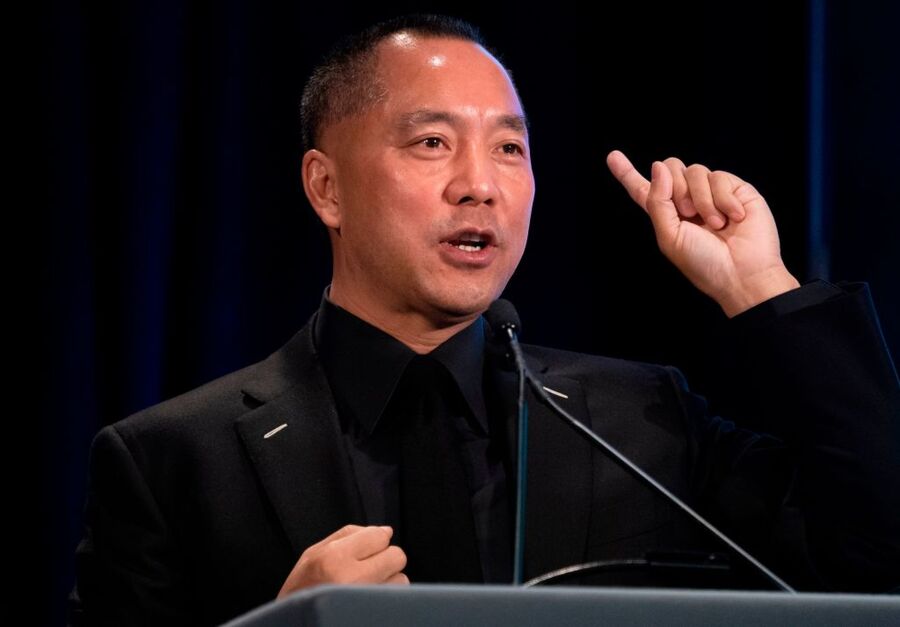 Wengui, on the other hand, claims that that just isn't true:

"Defendants and Blaskey could have easily found this information if they reviewed the docket of the very same case from which Blaskey apparently derived her (mis)information.

"To be clear, and while the assertion does not dignify a response, Mr. Guo is not, nor has he ever been a spy for China…To the Contrary, he has been an outspoken critic of the corruption in the Chinese Government and its ruling communist party. He has publicly vowed and contributed much of his considerable wealth, along with his heart and soul, into bringing the Rule of Law to China."

Wengui says that he's currently seeking political asylum status in the US. For their part, neither CNN's parent company Warner Media LLC or Erin Burnett have commented publicly on the suit as of this writing.