By Amy Lamare on January 21, 2016 in Articles › Billionaire News

China's richest man, billionaire Wang Jianlin, is making his move in Hollywood. The chairman of Dalian Wanda Group announced last week that he is acquiring Legendary Entertainment for $3.5 billion. Wang's Wanda Group got their start as a real estate company in the late 1980s and today is one of the largest conglomerates in China, with interests in real estate, tourism, hotels, and entertainment. Legendary Entertainment is one of the production companies behind The Dark Knight and Jurassic World.

Over the past few years, Wang has acquired a bunch of other sports, entertainment, and media properties around the globe. In 2015 alone, the Wanda Group purchased the Swiss sports marketing company Infront Sports and Media for $1.2 billion,  bought a 20% stake in the Spanish soccer club, Atletic Madrid, for $52 million, and snapped up Florida's World Triathlon Corp, the parent company of the Ironman Triathlon series, for $900 million.

Wang has also steadily built up his presence in Los Angeles. In 2014, he bought the site of the former Beverly Hills Robinsons-May department store for $420 million and is planning a mixed-use development there. He also donated $20 million to the Academy of Motion Picture Arts & Sciences. That money is expected to fund its new film museum. 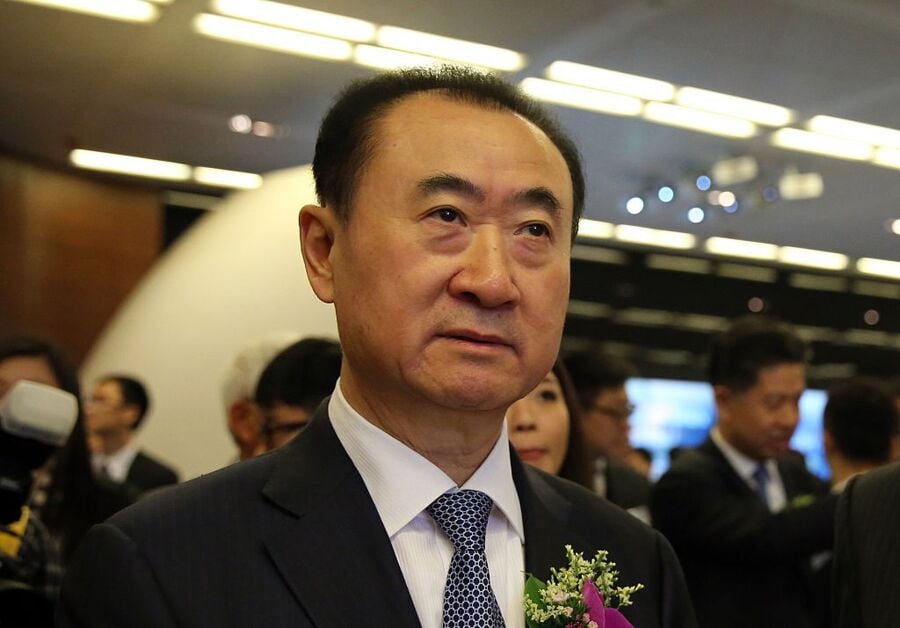 Regarding the purchase of Legendary Entertainment, Wang said:

"…a few American movie companies have these commanding heights of the movie industry in the world. We want to change this situation and the landscape…"

Until the Legendary purchase, Wang was best known in Hollywood for his acquisition of movie theatre chain, AMC Entertainment, for $2.6 billion, in 2012. Wang's Wanda Group is the largest movie theatre operator in the world. However, the purchase of Legendary Entertainment is much more significant as the studio is one of Hollywood's major producers. Legendary has a marketing and distribution deal with Universal Pictures which will remain in place, as of now.

Wang has an ambitious goal. He wants to use Hollywood's expertise in making compelling films to make movies for Chinese audiences that can also perform well worldwide.

Wang is building an $8 million film studio complex in Qingdao, China that will have 30 sound stages, postproduction facilities, and even a replica of a New York City street. The project is called Wanda Studios Qingdao and was revealed at a Hollywood style premiere party in 2013, which was attended by talent agents, studio executives, and actors, including Nicole Kidman and Leonardo DiCaprio.

All of Wang's efforts in entertainment are dedicated to the goal of making China the biggest film market in the world. In 2015, Chinese-made films grossed just a bit more than $4 billion. By 2017, the box office gross in China is expected to be larger than North America's box office gross.