By Amy Lamare on January 8, 2018 in Articles › Billionaire News

The trend of billionaires winning elections across the globe continues. Chile has just elected Sebastian Pinera president. He was previously president of the South American country from 2010 to 2014. Pinera was a Senator of Chile from 1990 to 1998 and Leader of National Renewal from 2001 to 2004. When he was elected in 2010, he became the first billionaire to be President of Chile. He narrowly beat journalist and senator Alejandro Guillier with 55% of the vote. As close as the election was, many pundits predicted that it would be even closer. Bloomberg reported that the race was simply way too close to call. Pinera is a conservative who ran on a platform of pro-growth. He was able to lure away votes from Guillier, who was a more centrist liberal candidate.

It is expected that Chilean businesses will be overjoyed at Pinera's election. During the first round of elections in November, stocks rallied when he dominated the vote. However, after he failed to grab a convincing win in that election, the Chilean stock market dropped significantly.

The 68-year-old will take over for current President Michelle Bachelet. She is a socialist who is very unpopular in her country. Last month she had an approval rating of 26%. Her term will end in March. Under Chilean law, presidents cannot seek reelection immediately. This law prevented Bachelet from running in this year's race. As Chilean President, Pinera was both preceded by and succeeded by Michelle Bachelet. 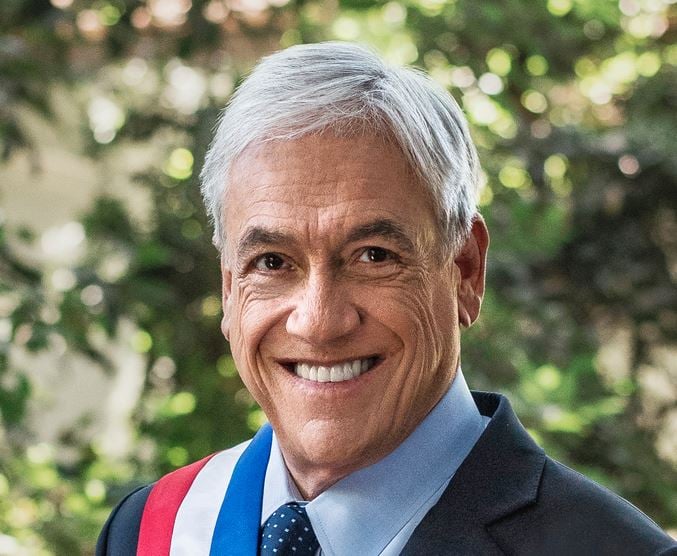 via the Government of Chile/Creative Commons/Public Domain

Pinera is just the latest billionaire to occupy the highest office in his land. Of course, Donald Trump became President of the United States in January 2017, and in December, Czech billionaire Andrej Babis was elected Prime Minister of his country.

Pinera has a net worth of $2.4 billion. He has a bachelor's degree in economics from the Pontifical Catholic University of Chile and a master's and doctorate in economics from Harvard. He made his billions through the credit card company Bancard. He founded the company in 1976.  When he won the presidency in 2010, he campaigned on promises to unload many of his assets. This included a roughly 26% stake in the airline company LAN. He sold his LAN stake for $1.5 billion. He is also the sole owner of Chilevision, a Chilean broadcasting company.

During Pinera's first term, Chile was in a period of strong economic growth due to the rising cost of copper. Copper makes up about half of the total exports from Chile. Copper prices have since fallen, resulting in a slow economy and the unpopularity of Michelle Bachelet.

In the years since he was last president, Pinera has spent his time working with his charitable foundation Fundación Futuro. There are high expectations for Pinera's second term as President of Chile. He had promised to bring economic growth in the form of new jobs. He has also promised to reduce his country's poverty. That appears to be a campaign pledge that 55% of Chileans could get behind.