By Amy Lamare on September 25, 2020 in Articles › Billionaire News

With the global pandemic causing all kinds of economic shutdowns and record unemployment in the U.S., not many of us are having a good year. That's not the case for the richest in the United States. As a whole, the 400 richest Americans are about 8% richer than they were in 2019. However, a number of high-profile former members of the 400 richest are no longer on that list. In order to make the list, you have to have a net worth of more than $2.1 billion. One of the formerly perennial members of the list, Tyson Foods Chairman, John Tyson, saw his net worth fall as a result of Covid-19 breakouts in the Tyson Foods meat-processing plants.

From March through July, more than 10,000 employees of Tyson were diagnosed with the coronavirus. A number of families of workers who've died during the pandemic have filed lawsuits against Tyson for gross negligence and/or wrongful death. In July, the CEO of Tyson stepped down. In August, the company reported a 22% drop in its third-quarter earnings, due in part to $340 million spent on personal protective equipment, sanitization of factories, testing, and bonuses to the factory workers still working during the pandemic. 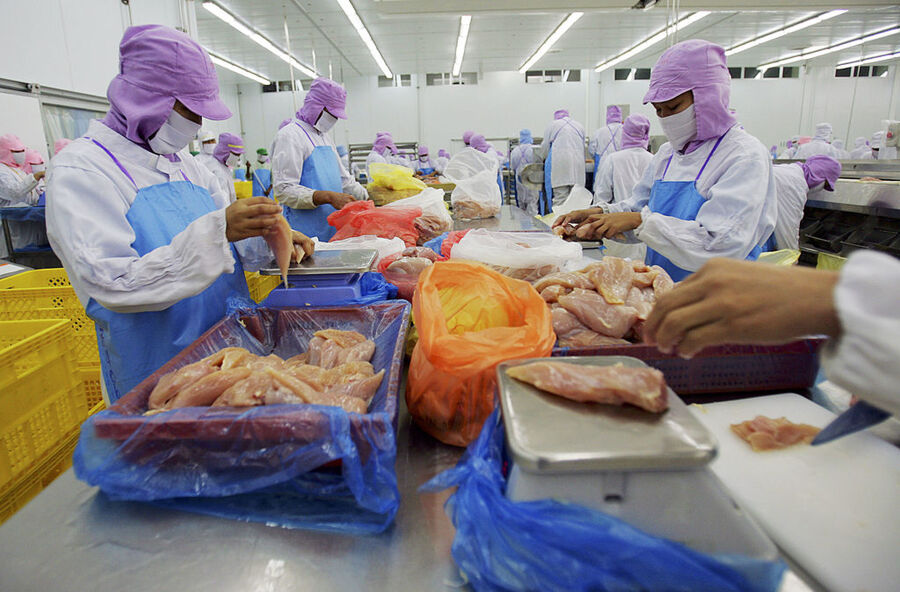 John Tyson suggested to the public that meat processing plants should keep operating, despite the Covid-19 outbreaks. Even President Trump signed an order to keep them open. This, of course, caused serious issues with unions who want workers protected in an environment where it is currently nearly impossible to protect them. Huge plants process thousands of animals every day. Employees are stationed elbow-to-elbow on the processing lines. These jobs don't pay well, which means these same workers often also have hard living conditions at home, with multiple families sharing a single house or apartment.

Companies, including Tyson, are enforcing sanitizing plants, hand washing, and staggering shifts so fewer people are on the line at the same time. Still, 20 meat and food processing plant workers in the U.S. have died and 6,500 have been impacted by the coronavirus.

Shares of Tyson Foods hit a low this year on March 18, when they plummeted to $44.18, which is less than half the $93.46 Tyson was trading at on January 13. As a result, John Tyson has seen his fortune be absolutely plucked by the pandemic: his net worth more than $5 billion at one point, it now sits at $2 billion.