Chicago's famous Wrigley Building will soon have a new owner, as reported by the Chicago Tribune. It's Chicago investment billionaire Joe Mansueto, who has entered into a deal to purchase the building for about $255 million.

Founder and former CEO of Morningstar investment research firm, Mansueto is purchasing the Wrigley Building from "a venture that includes BDT Capital Partners and Zeller Realty Group," as per sources cited by the paper. And the members of that venture are doing pretty well for themselves in the bargain, since the reported $255 million purchase price far surpasses the $33 million they paid for it in 2011 many times over. 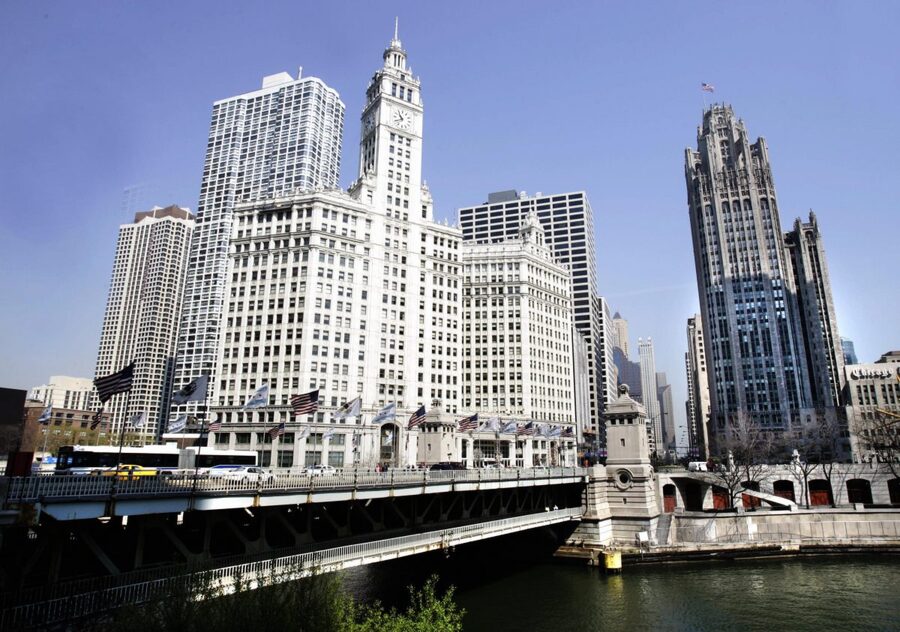 It was first reported back in March that the building's owners were looking for buyers, interviewing investment brokers and were trying to sell the building for a price then reported to be around $200 million.

The Wrigley Building is a longtime Michigan Avenue landmark, and has a total of 472,000 square feet to its name along with two connected towers. Right now, the building's largest tenant is the architecture firm Perkins + Will, which leases about 60,ooo square feet, and there's an array of ground floor retailers like Walgreens, Peet's Coffee, and a Ghirardelli, with two of the retail spaces vacant. It's been a fixture of the Chicago skyline since it was first constructed way back in the 1920s, even before completion of the Michigan Avenue bridge. The following decade, in 1931, the building got one of its most distinctive features when a walkway between its two towers was added to the structure, and it is said to be the first office building in the city to be outfitted with air conditioning.

What Mansueto plans to do with his new property once the purchase is finalized doesn't appear to be public knowledge, but whatever it is it will become clear soon enough.