Corinne Mentzelopoulos inherited her father's business empire when he died in 1980. That included 16,000 grocery stores, 80 buildings in central Paris, a hotel that once was Louis XIV home, and a rundown vineyard that had been purchased three years earlier on impulse. Today, she is a billionaire. But it's not the grocery stores or the hotel or the Paris real estate that has made her a member of the 10-digit club. It's that run-down vineyard, which she transformed into the renowned Chateau Margaux – one of just a handful of vineyards than has the Premier Cru designation given to it by Napoleon III in 1855, signifying that it is one of the best places for making wine.

Mentzelopoulos's father paid a relatively bargain basement $16 million for the winery in 1977 after it had been for sale for two years. The rise in popularity (and demand) of wine over the past 40 years as well as a growing group of billionaires willing to pay billions for assets they consider trophies, makes the Margaux property worth at least $1 billion today. However, Mentzelopoulos has no intention of selling. 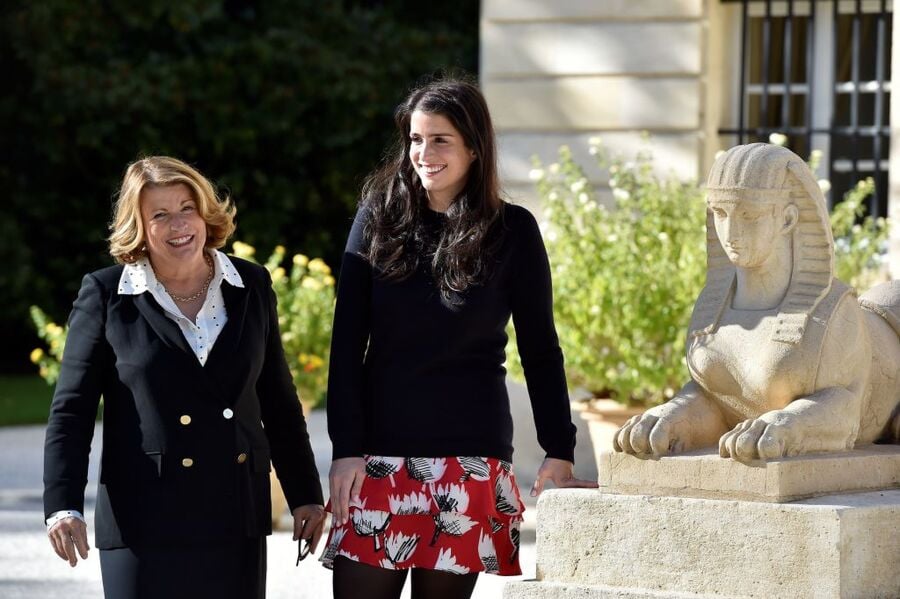 Even though she has no interest in selling Chateau Margaux, the sheer value of the vineyard makes Mentzelopoulos one of the wealthiest women in France. Moreover, she is running one of the world's smallest billion dollar businesses. The wine maker has 81 employees helping her produce roughly 280,000 bottles of wine annually on its 647 acres. Chateau Margaux wines sell for more than $1,000 a bottle. And boy, it is the right time and place for super pricey wines. The tech and finance industries have been minting new billionaires weekly. Those billionaires have taken fine wine from a hobby to a mainstream investment. In particular, wealthy Chinese wine aficionados have made wine the second best performing luxury asset. Only classic cars perform better.

Analysts estimate that Chateau Margaux's annual revenue is around $100 million. Premier Cru vineyards have profit margins between 70% and 99%. Margaux also has its merchants pay for the wine they are purchasing upfront. Often the wine is sold in what is called en primeur, where a vintage is bought and paid for while it is still aging in the barrel, a year before it is delivered.

Corinne was in her mid-20s when her father Andre saw a newspaper article about the family who had owned the vineyard for more than five decades wanted to sell it. He took a tour of the grounds and agreed to buy it in a handshake deal. He understood how important the legacy of Chateau Margaux was. The snobby world of Bordeaux wine makers were horrified that a Greek immigrant who spoke imperfect French and had a penchant for mediocre wines would be the owner of such a legendary vineyard. Andre Mentzelopoulos was able to gain entry into this exclusive world due to a collapse in wine prices after the crash of the stock market in 1973. This had left a number of wine makers across the Bordeaux region destitute. Worse, that same market crash had wiped out the fortunes of many who could have afforded to buy the failing vineyards.

The Mentzelopouloses were in it for the long term. They tore out the old, neglected vines and replanted. They brought in a wine consultant—which was unheard of in the 1970s, who helped them bring in new vats, choose new oak barrels, find the best date to pick the grapes, and spearheaded the introduction of a less expensive wine called Pavilion Rouge.

Andre Mentzelopoulos was the son of an illiterate Greek innkeeper. He made his fortune trading grain in Pakistan and India. He met his future wife, a French woman, while skiing in the Alps. He moved to Paris and bought the grocery chain Felix Potin, whose convenience store sized stores were on nearly every street corner in France. Corinne sold the grocery store business in 1983.

Corinne is grooming her 32-year-old daughter Alexandra to take over the family business. Alexandra currently lives in London and owns a wine bar and restaurant.

Even though the Mentzelopoulos family has no intention of selling, the fact is that Chateau Margaux is a trophy, it is something unique a billionaire buyer could brag about owning. That gives the business an intangible value as well.

However, should the family ever decide to sell, there are more buyers than there has ever been in history. There are more billionaires than ever before. China alone has hundreds of billionaires and a growing class of wealth oenophiles. Jack Ma owns a vineyard in Entre-Deux-Mers that makes a well known and regarded rose'. France's richest person, Bernard Arnault owns Cheval Blanc through his luxury holding company LVMH. Francois Pinault owns the Premier Cru Chateau Latour.