Chanel Is Privately Owned By Two Reclusive Brothers. And Their Combined Net Worth Ranks Them Among The 10 Richest People In The World

By Joseph Gibson on July 14, 2022 in Articles › Billionaire News

If I were to show you a list of the most valuable fashion brands on the planet, you would probably not be surprised to see companies like LVMH, Hermes, Adidas, Nike, Chanel and Christian Dior making the cut. You might be surprised to see two rather generic-sounding companies in the top 10, VF and Kering. However, be assured, the brands those two firms own are not generic at all. VF owns Vans, The North Face, Reef, Nautica and Rock & Republic, to name just a few. Kering owns a batch of extreme luxury brands like Gucci, Saint Laurent, Balenciaga and Brioni.

Out of the 10 most-valuable high-end fashion companies in the world, nine are publicly traded conglomerates.

The only non-public company in the top 10 is Chanel.

Chanel is privately owned by two brothers, Alain and Gerard Wertheimer. And it is good to be a Wertheimer in 2021. According to financial filings in the U.K., the Cayman Islands holding company that the Wertheimers use to control Chanel paid the brothers $2.5 billion a piece in dividends last year. That's likely the most the company has ever earned in a year over the course of its entire history – or at least as long as it's been making financial disclosures.

As if that wasn't amazing enough, thanks to the sky-rocketing valuations of luxury fashion brand, the brothers' combined net worth now tops…

That combined net worth would place them among the 10 richest people in the world, just after Warren Buffett and before Steve Ballmer. 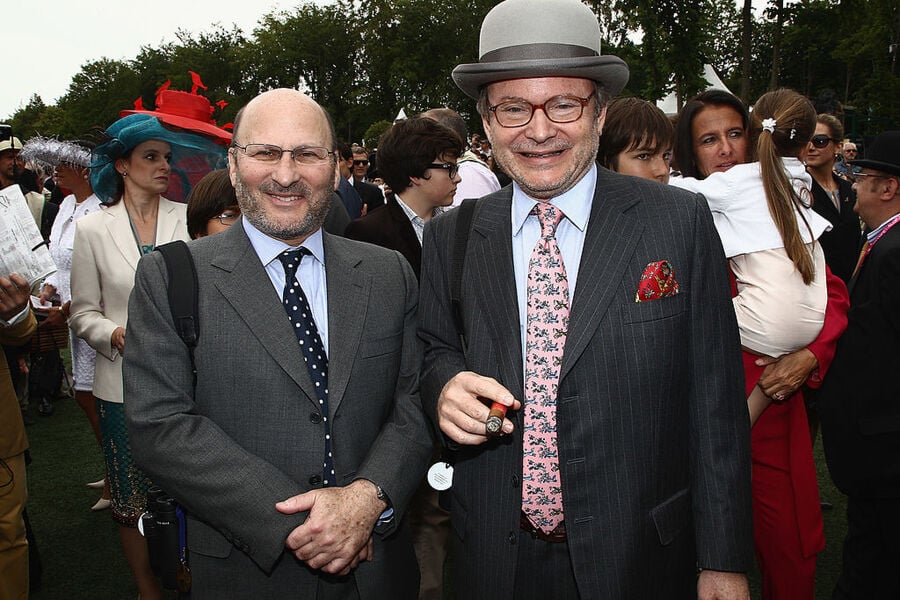 Chanel was founded in 1910 by Coco Chanel and Pierre Wertheimer, Alain and Gerard's grandfather. Pierre was essentially a venture capitalist. Today the Wertheimer brothers own equal shares in Chanel, so they both benefit more or less equally from the company's fortunes. And those fortunes have been especially good in recent months. Demand for Chanel products has surged since the first half of 2020, with shoppers in Seoul recently lined up around the block for the privilege of spending $9,500 on a certain Chanel purse. Other Chanel retail locations have had to place restrictions on how many products each customer is allowed to buy in order to deal with rising demand.

According to a recent Bloomberg interview with company Chief Financial Officer Philippe Blondiaux, Chanel plans to capitalize on recent surges in revenue with a $1 billion investment, hiring over 3,500 new workers across the retail, creative, and manufacturing arms of the company.

As for what Alain and Gerard have in mind for their newly expanded fortunes, that will likely have to be left to the imagination. The infamously reclusive brothers tend to stay away from the spotlight, as they always have since inheriting the Chanel empire from their father Jacques Wertheimer upon his death in 1996.