By Joseph Gibson on February 8, 2020 in Articles › Billionaire News

Casino billionaire Vasil Bojkov is in some legal hot water regarding his expansive collection of ancient artifacts, according to a statement from the Thrace Foundation, which was founded by Bojkov in 2004. And as if that weren't enough, Bojkov himself has reportedly been detained while in the United Arab Emirates as well.

The statement conveys righteous indignation at the treatment of Bojkov's collection at the hands of authorities in his native Bulgaria:

"We are reaching [out] to you with troubling news about an unprecedented violation against world cultural and historical heritage, taking place in Bulgaria right now…We are facing a blatant violation of the law regarding the priceless objects from the Vasil Bojkov Collection without any legal justification."

"The authorities are attempting to seize fragile and unique works of art in plastic bags…Such barbaric behaviour and deliberately demonstrative acts toward the priceless cultural and historical heritage of Bulgaria are not only unprecedented but also deprived of the simplest understanding of the significance of these objects." 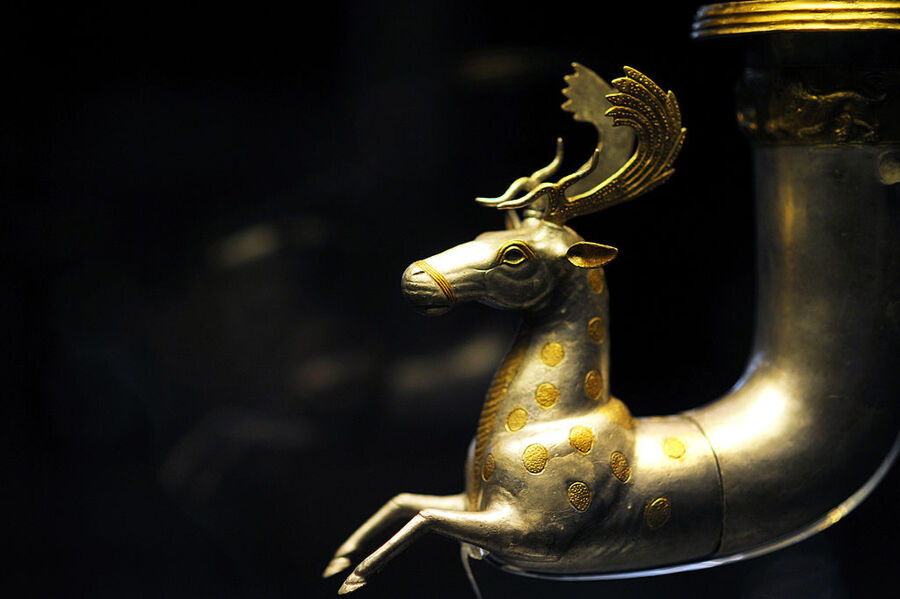 Bloomberg reports that Bojkov himself has also been detained in Dubai, facing charges of organized crime, extortion, coercion, blackmail, and attempted bribery, charges that have led the authorities to seize his assets, including the more than 3,000-piece collection that was housed at the Thrace Foundation. According to an Artnet story on the seizure, the collection is "widely believed to be of questionable origins," an extension of the billionaire's own shady reputation, with allegations of various crimes over the course of his career in the Bulgarian gaming industry.

As for the collection itself, it includes items purportedly dating all the way back to 6,000 BC and originating from various ancient peoples, including the Greeks, Romans, Byzantines, and more. And now, many of those pieces are reportedly in the possession of Bulgarian authorities as part of their investigation into Bojkov's allegedly illegal activities.