Why Did Carlos Slim's Net Worth Drop By More Than $20 billion Last Year???

By Beth McDonald on January 29, 2016 in Articles › Billionaire News

How was your 2015? Did you have a good year? Did you end up with more or less money in the bank compared to 2014? No matter how you answer that question, I bet Mexican billionaire Carlos Slim Helú had a worse year. What makes me say that? Well, in 2015, Carlos Slim's net worth was trimmed by more than $20 billion.  Ouch!

Before you shed too many tears for Carlos, his current net worth still sits at $47 billion. And that's enough to make him the seventh richest person in the world behind Mark Zuckerberg ($48 billion), Jeff Bezos ($55 billion), Warren Buffett ($62 billion), Spanish retail magnate Amancio Ortega ($77 billion), and Bill Gates ($79.5 billion). 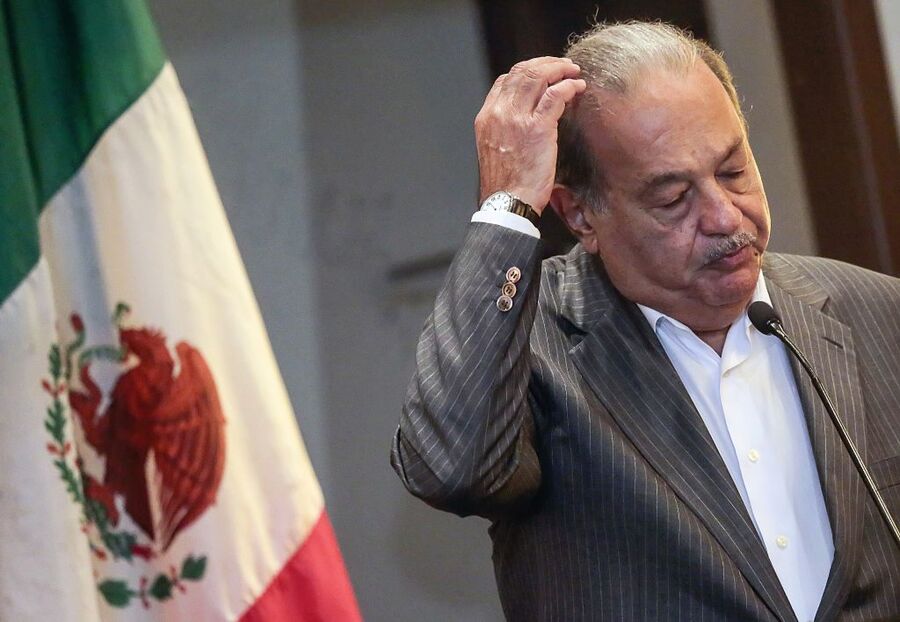 Still ranked as the wealthiest man in Mexico, Slim generates his wealth through his ownership more than 200 companies across a wide range of industries, including telecommunications, mining, manufacturing, and health care. However, he is most known as the leader of América Móvil, the largest telecom and TV provider in Latin America.

Slim's fortune tumbled in 2015 due to a variety of factors. The largest contributing factor to the decline was poor performance of América Móvil, which was impacted by tougher antitrust rules and reforms, as well as increased competition from other wireless carriers. Slim's wealth has also been negatively impacted by falling gold prices and declining shares of his bank, Grupo Financiero Imbursa.

Despite the declines in his wealth, Slim hasn't let business cloud his patriotism.  He reportedly canceled a project he was working on with Donald Trump after Trump made derogatory comments about Mexicans during a speech while running for president this past June:

"His statement was totally out of line," said Slim spokesman Arturo Elias to Fortune. "Working with someone so closed-minded was not going to work."

Will Carlos' fortunes reverse or is this just the beginning of a much bigger drop? Only time will tell and we will make sure you are the first to know!