Canadian Bank Predicts Amazon Is Heading To A Valuation Of $1.6 TRILLION – What Will That Mean For The Net Worths Of MacKenzie And Jeff Bezos?

At the close of the market on June 8, 2020, Amazon's stock hit an all-time high of $2,619 per share. That's two days in a row that Amazon's stock has hit a new all-time high. Sure, there are a lot of people ordering more from Amazon right now in general, due to the global pandemic, but that doesn't fully explain the record highs. On Friday, June 5th, for instance, Amazon stock was trading at $2,463.83. On the very next day of trading, shares shot up $137 to a then-all-time high of $2,600. Why?

One major reason has to do with an analyst at the Royal Bank of Canada (RBC) who raised its price target for Amazon – which is a prediction of the future price –to a mouth watering $3,300 per share.

FYI, at that level, Amazon's market cap will be $1.6 trillion.

Don't worry. You don't need to imagine. We did the math for you 🙂 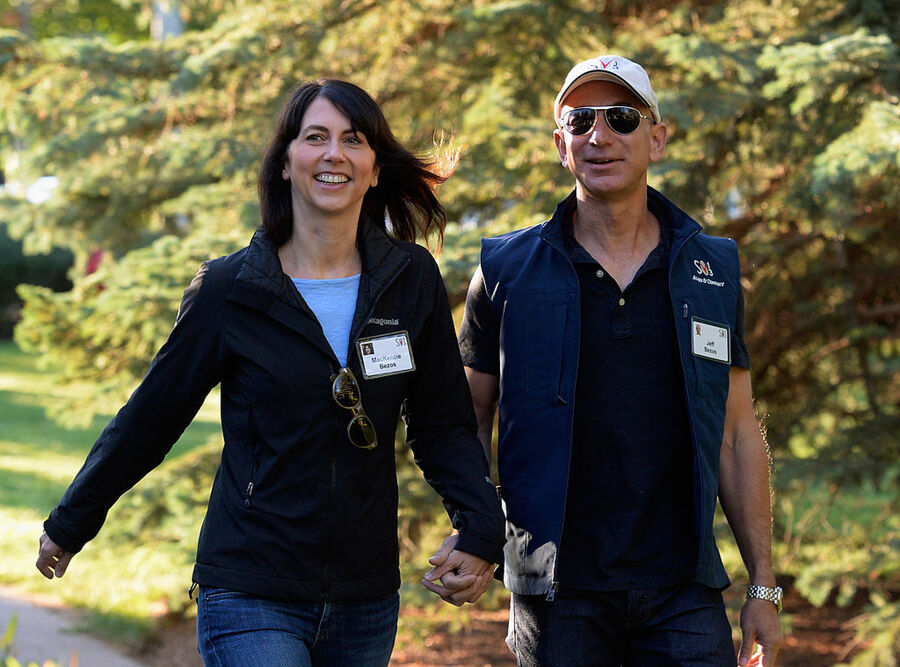 Jeff, of course, would retain the title of the richest person, while MacKenzie would become the richest woman in the world, assuming the net worths of the three women currently richer than MacKenzie (Alice Walton, Julia Flesher Koch, and Francoise Bettencourt-Meyers) don't see their fortunes rise by much.

Here's something else to blow your mind: If Jeff and MacKenzie had stayed together and Amazon hit $3,300 per share, they'd be worth $260 billion, together.

That amount would make Jeff the 6th richest human ever, inflation-adjusted. He would then need another $31 billion to overtake Nikolai Romanov to be the 5th richest human being ever.

At the close of trading on Tuesday, June 9th, Amazon stock once again surged on the strength of Bank of America raising Amazon's target price to $3,000. Over the past three months, Amazon's stock has soared 41.8%, while the S&P 500 has gained 16.6%.