By Selling Instagram For $1 Billion, Kevin Systrom Flushed Tens Of Billions Of Dollars Down The Toilet – He Claims "No Regrets"

By Brian Warner on September 25, 2018 in Articles › Billionaire News

Late last night, Instagram co-founders Kevin Systrom and Mike Krieger shocked the tech community by announcing that they were leaving Facebook. The duo have been running Instagram at Facebook for the last six years and many assumed Kevin and Mark Zuckerberg were very very tight. It is a stunning departure for Facebook which has been embroiled in scandal after scandal over the last year. On the surface, Kevin and Mike's time at Facebook was a very successful venture. After all, Kevin is leaving the company with a net worth of $1.4 billion and Kreiger is leaving with a net worth of $350 million. That should be seen as a huge success, right? Selling out for 10 figures is like hitting a world series winning grand slam. Well, in retrospect, it can definitely be argued that the two founders sold out WAY WAY WAY too early and essentially flushed tens of billions of personal wealth down the toilet in the process. Some would go so far as to call their sale to Facebook one of the dumbest moves in tech history. Here's the full backstory:

Kevin Systrom attended Stanford University where he studied engineering and management science. He actually met Mark Zuckerberg on a number of occasions at frat parties (Mark was not a student at Stanford, he just lived in the neighborhood). While at Stanford, Kevin spent time in Italy studying photography. It's here where he first encountered a Holga camera – a camera that produced medium format vintage-looking photos.

While at Stanford, Kevin built a photo-sharing website called Photo Box where his frat brothers could share pictures with each other easily. Mark Zuckerberg knew about Photo Box and in 2005 actually asked Kevin to leave Stanford and come build a larger-scale version for Facebook. Kevin declined. 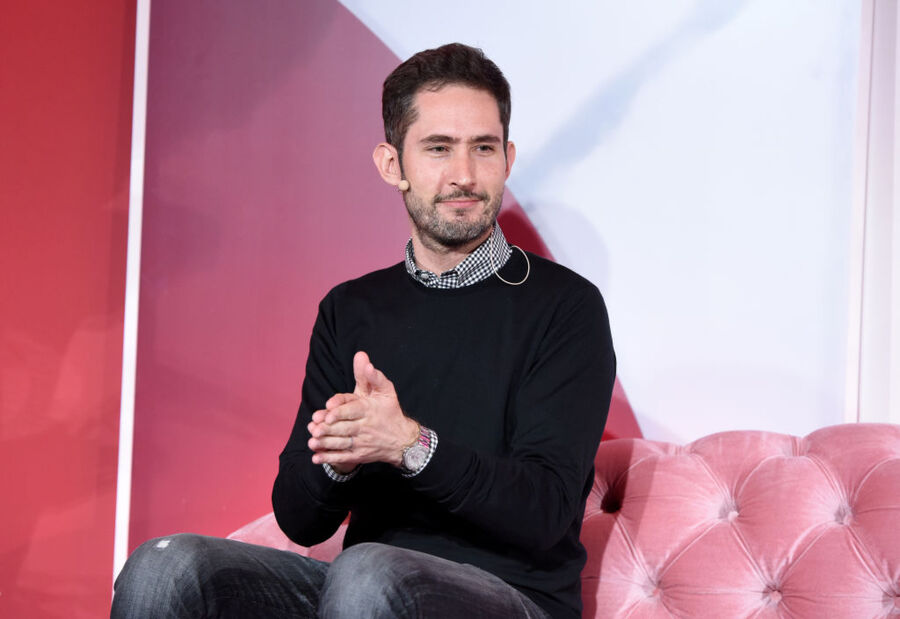 After graduating from Stanford, Kevin landed a job at Google in the marketing department. Within two years, he grew bored. He had become fascinated by social location apps like Foursquare and flickr. He soon founded a company that he called Burbn which allowed users to check in at locations with a photo. Burbn users had the option to give their photos a vintage-looking, Holga-inspired filter. See where this is going?

While working on the site from a coffee shop, Kevin met a developer named Mike Krieger who soon came on board as the tech side of the company.

The duo soon came to two very important conclusions: #1) Foursquare was going to dominate the location check-in market. And #2) The most popular feature of their app was the vintage photo filter.

The re-branded Instagram was launched in October 2010. After just one month, Instagram had one million users. A year and a half later, Zuckerberg invited Systrom to meet. By the end of their meeting, Kevin had agreed to sell his relatively new company to Facebook for $1 billion in cash and stock (it was mostly stock). At the time Instagram had just 13 employees. Kevin owned 40% of the company, Mike owned 10%. The remaining 50% was primarily owned by venture capitalists.

Because Kevin and Mike accepted stock and did not sell a significant portion of their shares, their paper net worths exploded over the next several years as Facebook's stock went on a tear. By early 2018, Kevin's paper net worth topped $1.6 BILLION and Mike's topped $400 million. Today, they are worth around $1.4 and $350 million, respectively.

Ending up with a $1.4 billion net worth should almost always be seen as a massive victory no matter what. After all, how many stories are there of companies that turned down buyouts only to go bankrupt or sell for pennies a few years later? Instagram in retrospect is widely seen as a different story though.

Most experts agree that had Instagram stayed independent longer, Systrom and Krieger could have, almost certainly, landed exponentially larger paydays. Why did they need to sell in 2012 when they were just about a year old and were experiencing hockey stick growth? Shouldn't they have held on a bit longer to see what they could have earned from the public markets as their own company?

And then consider this: Most analysts agree that if Instagram was its own company today, it would be worth a minimum of $100 billion. Perhaps $150 billion. If Kevin maintained his 40% ownership stake at a $100 billion valuation, today he'd have a net worth of $40 BILLION. Mike would be worth $10 billion. It could be argued that an independent Instagram would actually be worth much more considering Facebook today is worth $500 billion. How much of that $500 billion in value can be attributed to Instagram? I would argue $150-200 billion considering how lame Facebook itself has become.

Now, it should also be stated that Instagram clearly benefited from being owned by Facebook over the years. Integrating Instagram into Facebook opened the app up to a whole new crop of users. Also, Facebook was able to monetize Instagram in an instant by plugging its massive sales force in with a flip of a switch.

For his part, Kevin says he does not regret selling when he did. He recently told the Wall Street Journal:

"I think for where we were, we made an awesome decision. The whole idea of joining Facebook was that we could scale way more quickly than we would independently. So if that is your goal, I think we've fulfilled that, and then some. If your goal, on the other hand, is not to have a billion dollars but two, or three, or four or whatever, well, good luck spending it. That's not what makes you happy in life."

Righttttt…. whatever helps you sleep at night Kevin.

For the record, at $40 billion (which I think is conservative) Kevin would be the 20th richest person on the planet.