When Shahid Khan moved to the United States at 16 to be an engineering student at the University of Illinois, he had no place to stay and just $500 to his name. That $500 represented his family back at home in Pakistan's entire combined life savings. Shahid worked as a dishwasher at night after class for $1.20 an hour to cover his expenses. He lived at the YMCA. Well, gone are the days of scraping by for a few dollars with no money in his bank account. Case and point? Shahid Khan essentially made $125 million TODAY thanks to the English professional soccer team he owns Fulham F.C. 🙂

Oh, we should also mention that Shahid Khan is worth $7.5 billion, so $125 million is just a drop in what is already a very very deep bucket of money, but the way he earned today's windfall is still really cool.

Shahid Khan earned his fortune making car bumpers. You can read a complete and detailed backstory of his inspirational rags to riches life here. The long story short is that Khan's first job out of college was at an auto parts company called Flex-N-Gate. He worked there for seven years then launched his own competing business called Bumper Works. He eventually bought out his old company (which tried to sue him for stealing trade secrets) and built a bumper empire. By 2001, the company was generating $1 billion in annual revenue. Today, the company earns more than $3 billion and employs 12,000 people worldwide.

In October 2011, Shad bought the NFL's Jacksonville Jaguars for $620 million in cash. He also assumed $150 million in team debt. He had to take out $300 million worth of loans against Flex-N-Gate to make the deal happen. 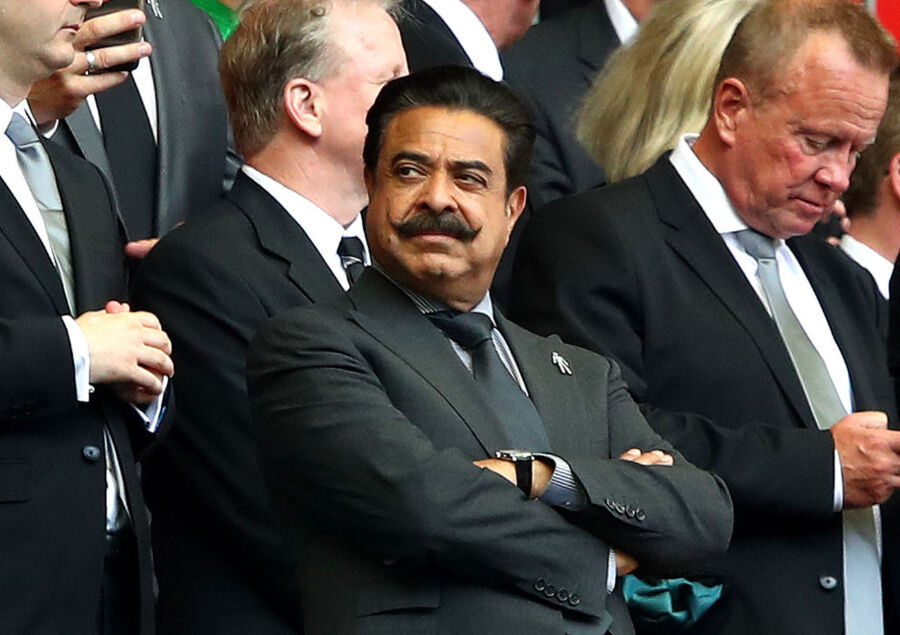 In July 2013, Shad bought the struggling London soccer club, Fulham F.C., from Mohamed Al Fayed for $200 million in cash. In the years before the deal closed, Fulham was actually losing $20 million a year and over time had to borrow more than $200 million from Al Fayed to fund operations. Shad also had to clear those debts.

Before today, Fulham F.C. was in the EFL Championship league which is the second highest league in the English Football League system behind the Premier League. The organization of English soccer leagues are sort of complicated but think of it like this:

Imagine if there were a bunch of American football leagues with the NFL being the most prestigious league of them all sitting at the top of a pyramid of smaller leagues. As the top league in the Pyramid, the NFL makes 10x more money than the lower leagues so everyone wants their team to be in the NFL. Now, imagine if any team could jump up to the NFL if their record was good enough. Getting up to the NFL is a huge deal financially for the team owners because that league generates the most money. It's also just really prestigious for the players and fans to have their team in the NFL.

The Premier League is the most-watched sports league in the world. Games are broadcast is 212 territories to more than 650 million homes around the world.

The longer a team is in the Premier League, the larger their cut of annual profits. But just as a first year owner, Shahid Khan will receive a MINIMUM of $125 million. For comparison, every year Shahid gets around $250 million from the NFL.

So when you add it all up, in this upcoming year Shahid Khan will earn $375 million in sports team royalties alone. Not bad for a guy who moved to the US with $500 in his pocket!