By Dina Zipin on December 24, 2015 in Articles › Billionaire News

Billionaire Ted Stanley handed over most of his considerable fortune in 2014. Not because he'd broken the law or had to pay a debt – because he wanted to.

Stanley founded The Danbury Mint in 1969, and the company's first product was a series of medals commemorating the biggest scientific achievement of its time – the moon landing. In a short amount of time, Stanley's collectibles business grew, and today The Danbury Mint is called MBI, and it produces thousands of collectible items for companies like Coca-Cola, General Motors, Major League Baseball, Elvis, and Disney, to name just a few. The company makes coins, jewelry, sports collectibles, plates, bells, sculptures, Christmas ornaments and, most famously, a 1:24 scale die cast model cars like the James Bond Aston Martin DB5. 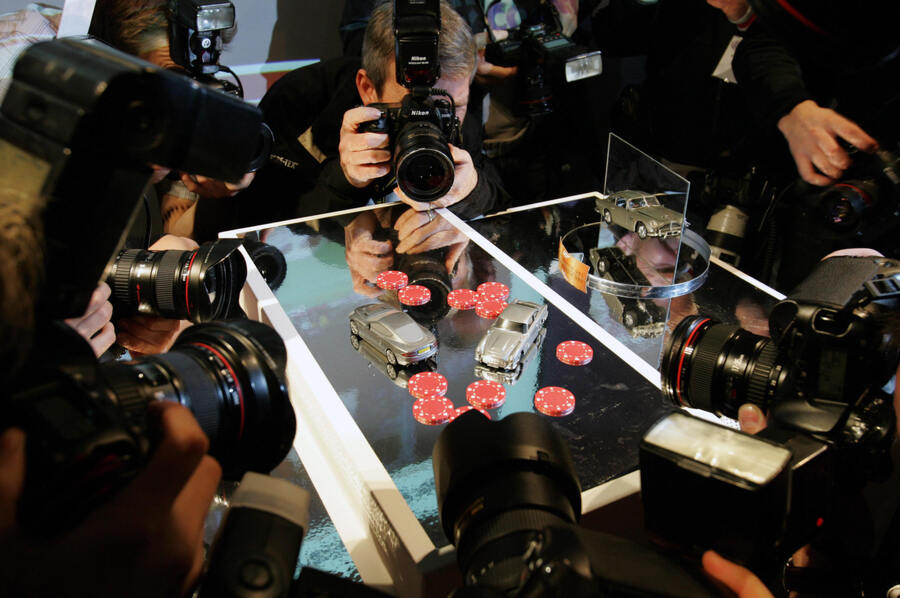 MBI has estimated annual sales of over $350 million.

Some billionaires would be content to spend their entire fortune on yachts or trips to Dubai, while others feel the responsibility to give back to the community and to causes they believe in. The Bill and Melinda Gates Foundation was launched in 2000 with the goals of expanding healthcare and reducing extreme poverty worldwide, and expanding educational opportunities and access to information technology in the U.S.

Warren Buffett, who has been called "the world's most generous man," gave $2.1 billion to the Bill and Melinda Gates Foundation in 2014 in the form of 16.6 million shares of his company. Celebrities often use their platform (and their pocketbooks) for good, but not all millionaires and billionaires are quite as generous as Buffett and Stanley.

For his part, Stanley pledged $650 million (yes, you read that right) to the Broad Institute of MIT and Harvard to find and treat the genetic causes of mental illnesses. It's one of the largest private gifts ever for scientific research.

What prompted Stanley to give away such a huge sum was his son, Jonathan, who was diagnosed with bipolar disorder at the age of 19 back in 1988. As a college student, he suffered a psychotic break and ended up in a psychiatric facility.

Fortunately for the Stanleys, Jonathan responded well to the drug lithium. He was able to graduate from college and eventually law school. But Ted Stanley met other parents whose children did not respond so well to treatment, whose loved ones suffered through mental illness for years with no cure. That's what inspired Stanley to start taking action. "I would like to purchase that happy ending for other people," he told The New York Times about his donation.

Back in 2007, Stanley gave the Broad institute $175 million to create the Stanley Center for Psychiatric Research. His $650 million donation in 2014 is a huge chunk of his remaining fortune.

The $650 million will come in increments, ongoing as long as Stanley is alive, with the rest continuing to come after his death.

"After I'm gone," Stanley told the New York Times, "I just want the money to flow to them as it would if I was still alive."

It's safe to say that Stanley is right up there with Buffett as "the world's most generous man." Putting that $650 million towards research is a lot more generous than buying a gigantic yacht.