Why Are Billionaires Flocking To The Caribbean Nation Of Antigua And Barbuda?

By Amy Lamare on September 25, 2015 in Articles › Billionaire News

The twin island state of Antigua and Barbuda is quickly becoming the new billionaires playground. From Dubai royalty to French aristocracy to Hollywood heavyweights to Chinese billionaires… these Caribbean islands are attracting high profile ultra high net worth new residents from all over the globe. So what's going on?

In 2014, Robert De Niro and Australian billionaire James Packer announced a $250 million deal to buy and renovate the K-Club Hotel on Barbuda into a five-star resort. Barbuda's Prime Minister Gaston Brown bestowed the status of Special Economic Envoy on De Niro, hoping this would attract more high-end tourism to the island that was decimated by Hurricane Luis in 1995. 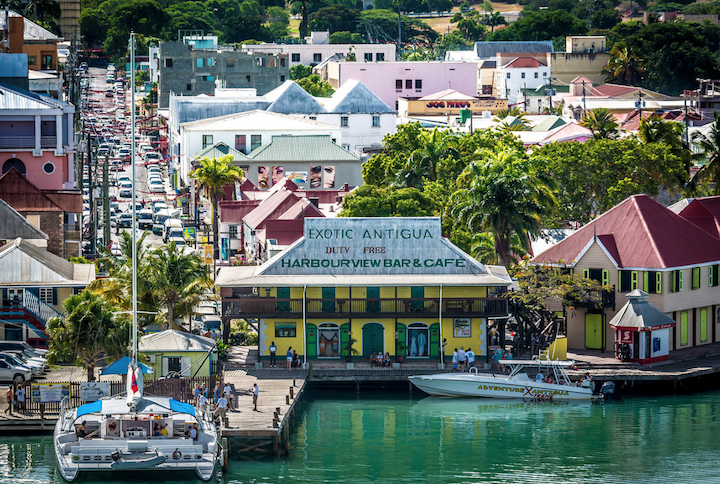 Even Middle Eastern royalty is getting into the tourism game in these Leeward Islands. Dubai's Sheikh Tariq Bin Faisal Al Qassimi signed a $120 million agreement to to build a luxury resort on 36 acres of prime beachfront land on Morris Bay.

The tourism investment trend started in 2013 with Chinese billionaire Sun Yinhuan. That was when he signed a $1 billion agreement to build a mega resort on Antigua. The 1600-acre residential and commercial project is called Singulari. It includes marinas, homes, golf courses, and the largest casino in the Caribbean. The land it is being build on was former owned by American Allen Stanford. He was convicted of running a global Ponzi scheme in 2012 and sentence to 110 years in prison

There is a good reason for the sudden popularity of these islands. In October 2013, Antigua and Barbuda made a citizenship-by-investment route legal. Barbados, St. Kitts, and Nevis also have this program in place. Investors benefit from low taxes and receive a new passport. The country offers a zero percent tax rate on inheritance and capital gains. The highest regular income tax rate is 25%.

There are three ways to obtain an Antigua and Barbuda passport:

The third route is the most popular.

Successful applicants also gain visa-free travel to 130 countries including Canada, the UK, Singapore, and Hong Kong. Investments must be maintained for five years. Applicants must reside in the country for a minimum of 35 days each year.

Roughly half of the applicants for Antigua and Barbuda's Citizenship by Investment program so far are Chinese; the bulk of the rest are Middle Eastern. A small number of Americans and Europeans have opted into the program as well. This isn't surprising. Traveling with a Chinese or UAE passport can be problematic. You don't just fly into London for a business meeting on a moment's notice with a Chinese passport. There are hoops to jump through that take about three months to complete. Antigua and Barbuda eliminates those hoops for the billionaires that can afford it.