The Billionaire Who Won't Pay Property Taxes Because Of Goose Poop

By Amy Lamare on February 24, 2018 in Articles › Billionaire News

Billionaire Tom Golisano is on a mission. He's strung up fishing line, put a wolf decoy out, and sprayed foul smelling repellent around his Canandaigua Lake, New York property but nothing has worked. The Canadian geese keep coming back and turning his vast green lawn into a field of poop. So, what's any self respecting poop adverse billionaire supposed to do? For 76-year-old Golisano, the solution is simple. He just won't pay his $90,000 tax bill until town officials find a way to control the birds that are fouling his property.

Golisano, who is the founder of Paychex payroll company and husband to tennis star Monica Seles, said it is not uncommon to find 100 geese hanging out on his lawn. It is impossible to walk barefoot, play Frisbee, or allow his grandchildren to run around.

He is particularly incensed at all the taxes he pays on his property when he can't even use it because of all the goose poop. Golisano's Canandaigua Lake property is in the town of South Bristol, which has a population of 1,600. He argues that the value of his property is lowered by the flocks of wild geese and their excrement. He wants the town to hire a "goose control officer" and come up with a control plan for the winged pests. 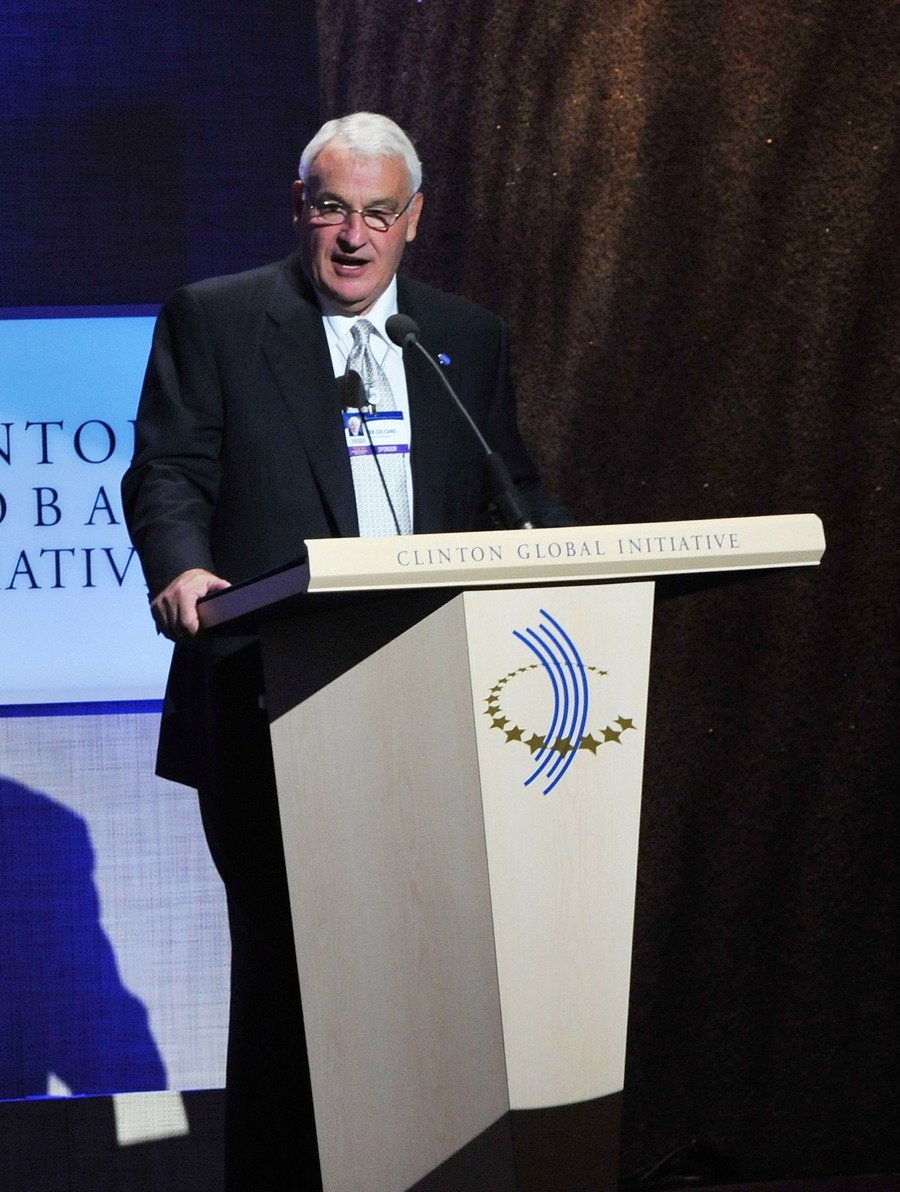 For what it's worth, the town supervisor has noted that no other lakeside resident has complained about the geese. Typically, it would be the resident's responsibility to take care of the problem, not the towns.

Golisano's goose poop protest is just one part of his campaign against a tax system he finds to be flawed and unfair. He has pledged to file a class-action lawsuit on behalf of other homeowners in the area who believe they are being overtaxed. He even launched a website, TaxMyPropertyFairly.com, to give people the information and tools they need to fight their property tax bills. Golisano believes that tax assessors lack the training and time to truly accurately determine the property values that lead to the tax bill each homeowner pays.

Oh, and by the way, Golisano is the founding member of the New York Independence Party as well as a three-time candidate for governor. He has a net worth of $3.3 billion.

Avoiding (or escaping) high taxes is why Golisano changed his residency to Florida. His permanent home address is in Naples, Florida. Back in 2010, he spent $200,000 on lawyers in an attempt to get the property taxes on his Rochester area home reduced from $200,000 to $60,000. Golisano believes that property taxes in western New York are way out of whack. For comparison, his wife Monica Seles pays $4,000 in property taxes annually on a condo in Manhattan worth $800,000. In Rochester, a home of that value would receive a $28,000 tax bill. Of course, it would also come with land, something a New York City condo does not have.

For now, the tax fight remains unresolved. Golisano says his next step is to seek a reduced property assessment based on the goose scourge.

Lest Golisano seems like a salty old man, it should be noted that he is well known for his philanthropic donations to health care, higher education, and opportunities for those who have intellectual and/or developmental disabilities. Three children's hospitals in Fort Meyers, Syracuse, and Rochester and named for Golisano.

He just doesn't want the local tax assessors or anyone else dipping into his pockets. Last fall, he sued the company that remodeled his yacht for overcharging him. He was awarded $50,000 by a jury and rather than pocketing it, he added it to the $2.5 million he is contributing to the brand new Golisano Autism Center in Rochester.