By Joseph Gibson on March 14, 2020 in Articles › Billionaire News

David Nahmad is a billionaire art dealer who purports to have the world's largest private collection of paintings by famed master Pablo Picasso. And presumably, that will still be the case even after he lets go of one of those paintings, a decision that was the recent subject of an interview with the Associated Press.

Nahmad is letting go of Nature Morte, a 1921 Picasso oil-on-canvas painting that Nahmad says he doesn't specifically remember his rationale in buying:

"We bought so many Picassos now, I don't remember the specific reason…It's the smallest painting that I have."

"So many" is around 300, and Nahmad is getting rid of Nature Morte not because he's tired of Picasso but because he was approached by the organizers of a charity raffle, TV producer Péri Cochin and art historian Arabelle Reille, who are looking to sell about 200,000 tickets at about $113 each. The cause? Clean, drinkable water for underserved residents of Cameroon, Madagascar, and Morocco. But Nahmad himself isn't giving the painting away – instead, the raffle organizers decided to buy it from him as a way to encourage other art collectors to agree to similar arrangements. As Reille explained:

"David first said, 'I don't think I have a painting for a million euros. I have really beautiful paintings that are worth much more than that. But you know what? Let's go together to my book, my collection book, and we'll try to find something together.'

"For a million euros, usually you can get a nice drawing, a water color, a beautiful print. But it's extremely rare to find a painting, and we did find this one in the end." 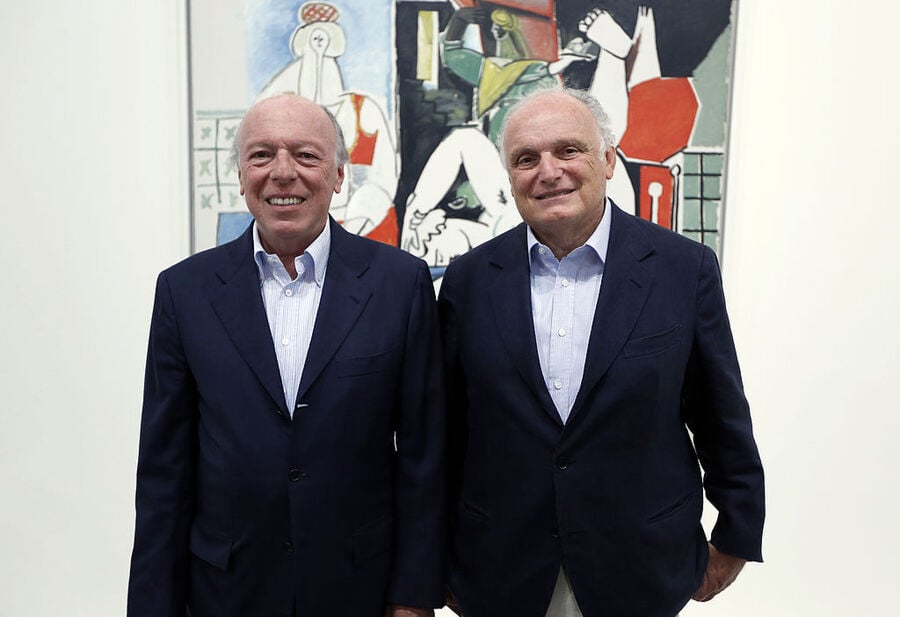 Nahmad has been collecting Picasso going all the way back to the 1960s along with his brother (pictured above), when he says Picasso paintings could be bought for as little as $5,000. Now, his collection of art from Picasso as well as myriad other artists is valued at an estimated $3 billion. And one lucky raffle winner will soon own a (very) small piece of that collection.