By Joseph Gibson on April 28, 2016 in Articles › Billionaire News

We all have things in our homes we might not notice were missing right away, when they were lost or stolen. Wilma Tisch, widow of billionaire Laurence Tisch and heiress to the substantial Tisch family fortune, has several such items – things she had believed to be in her possession, but are not. They include a portrait by Picasso, valued at up to a million dollars, which she says, in a recently filed lawsuit, was stolen from her eight years ago, as reported by The New York Post. The lawsuit names defendant Kenneth Hendel, an art gallery owner in Miami, who's being forced to relinquish the painting to authorities until the matter can be figured out.

According to Tisch's attorney, she had noticed the painting missing from her extensive art collection in recent years, but she didn't know whether it was actually missing or just put away in storage or for repair work. An internal investigation into the matter found that it was stolen sometime between 2009, when the painting was valued by Christie's at $400,000 at the behest of the Tisch family, and 2013, when the painting was put up for auction by Sotheby's for between $700,000 and $900,000 (it received no bids). The painting is entitled Tete, and is a very small portrait of the artist's mistress, Marie-Therese Walter, which just adds another layer of intrigue to the whole unlikely business. 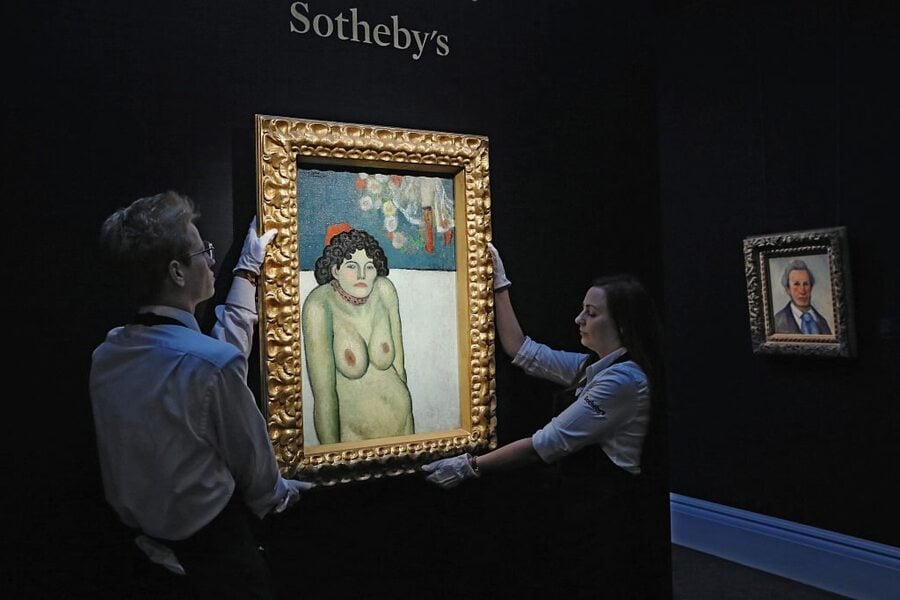 Amazingly, this 2013 auction came and went without attracting any attention from the Tisch family, another indication that they might not be keeping as close a watch on their art collection as they should be. It wasn't until this month that an art dealer in Manhattan (not Hendel) emailed Tisch's son Thomas, in an attempt to purchase the painting in question from him. The sale didn't go through, but with the painting now located, the lawsuit was filed and now the legal battle begins.

For Hendel's part, he claims to be "an innocent bystander" who purchased the painting from Mahmoud Antar in the summer of 2013, for half a million dollars. According to Hendel's attorney, Antar bought it from Laurence Tisch's maid, who received the painting as a gift, but if there's any indication on paper to that effect, it has not yet surfaced, and the maid is evidently not reachable in her new home in Ecuador. Tisch's lawyer, on the other hands, says that the maid stole the painting and sold it without anyone in the Tisch family's knowledge.

As you can see, it's a complicated and tangled case, the only thing keeping it from Raymond Chandler territory, is the assumption that no one has been murdered because of the painting. In her lawsuit, Wilma Tisch is claiming a million dollars in damages. For now, Tete is cooling her heels in an Upper East Side warehouse, awaiting a hearing on the case on May 10th.