By George J. Pilibosian on December 1, 2016 in Articles › Billionaire News

As we watch 'Team Trump' solidify its team of advisors and cabinet members, we note that Wilbur Ross, fellow Trump billionaire and early supporter of the Trump campaign, has been named Commerce Secretary for the upcoming Trump administration.

The billionaire investor was one of Trump's early supporters and has known the president-elect for decades, helping Trump avoid bankruptcy in the 1980s. He has supported Trump's hostile stance against free-trade agreements like NAFTA while welcoming the proposal to drastically cut taxes on corporations. 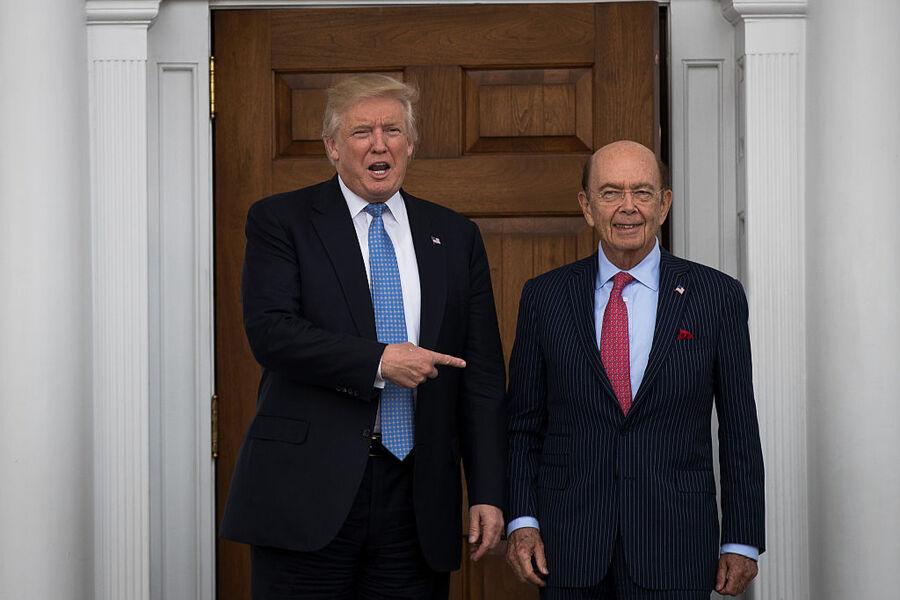 Ross, known as the 'King of Bankruptcy,' is a big fan of deregulation and has been accused of being anti-worker for his business dealings. On election day 2016, he said a Hillary Clinton presidency would essentially be a 'third term of Obama' and push the US into a recession.

If approved, Ross would take over a Commerce Department set to take a major pivot on trade and job creation. He will become another wealthy businessman making decisions for an administration propelled to the White House by economic populism.

Ross has made a $2.9 billion fortune by saving companies in a variety of sectors, including steel and coal. Before starting his own firm, Ross led Rothschild's bankruptcy practice for 25 years.

With a net worth of $2.9 billion, Ross is the 232nd richest person in the world. He began his career at Rothschild, spending the next 25 years working on bankruptcy and restructuring before going on to found WL Ross & Co. in 2000. He holds a bachelor's degree from Yale University and an MBA from Harvard University.