Everybody likes a little bit of vacation time, but there are always some things to worry about while you're away from work: Is your absence being noticed; Is your boss annoyed that you're taking time off instead of working; Can you really afford this vacation? But the 2,500 people on billionaire Li Jinyuan's company's staff didn't have to worry about any of that stuff during their recent getaway, since the boss not only insisted they take a vacation, but he paid for everything too, to the tune of a little over $7.2 million.

Jinyuan's company, Tiens, is a massive conglomerate, but the CEO is known for his personal, gracious attitude toward his employees. This recent vacation is only the latest example, but it's quite a big one – entailing the chartering of 20 planes, the booking of more than 1,600 hotel rooms, and the hiring of 70 "coaches" to help the 2,500 staff members/vacationers make the most of their Spanish vacation. 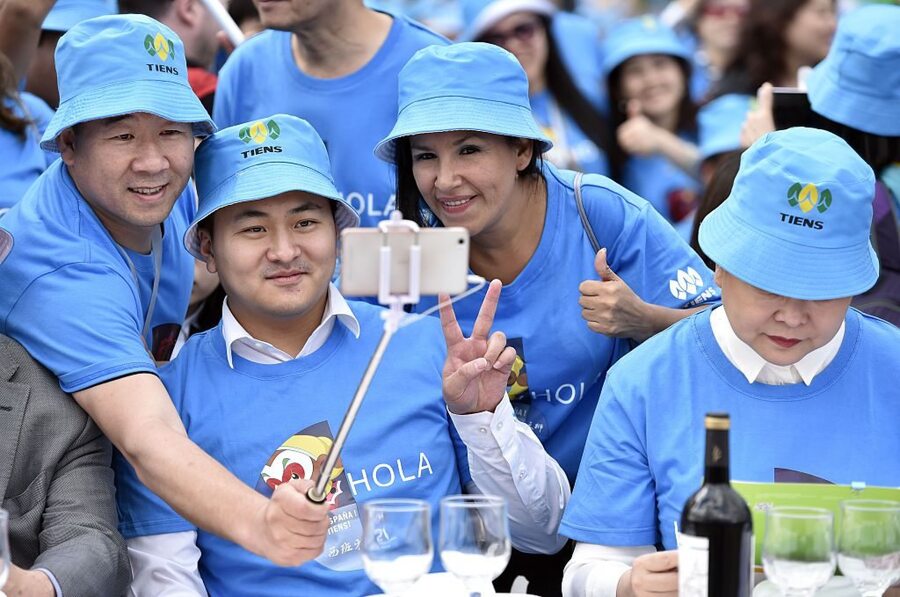 Also aiding that goal was the massive free shopping spree Jinyuan arranged for his employees, allowing them to acquire all kinds of expensive jewelry, clothes, and watches in Madrid. Naturally, meals were also accounted for, as was a private tour of the Royal Palace of Madrid, and various other tours around Madrid, Barcelona, and Toledo.

As if that wasn't enough, this vacationing army also managed to secure a position for themselves in the Guinness Book of World Records, for the longest phrase spelled out by positioning human beings in formation. The phrase, according to a report on the vacation in the Mirror, was "Tiens' dream is nice in the Cote D'Azur." It certainly sounds like it!

This is actually not the first time Jinyuan has done something like this for his employees, having also taken his staff on a French vacation last year. He's estimated to be worth somewhere in the neighborhood of $5.6 billion and is one of the richest people in China, so it's probably safe to say that a lot of his employees are already dreaming about what next year's summer vacation will be like.