By Joseph Gibson on March 1, 2017 in Articles › Billionaire News

Yet another billionaire has thrown into the effort to combat President Donald Trump and his political agenda, but few who have been paying attention to billionaire Tom Steyer's political activities would be surprised at Steyer's anti-Trump vantage point. Just in the course of the election last year, he spent more than $65 million of his own money to secure a Clinton win (ouch) as well as backing causes near his personal passion for clean energy and environmental conservation (double ouch). And now, on a recent episode of The Forbes Interview podcast, Steyer went into specifics on his plans to oppose Trump going forward.

Steyer is the founder of Farallon Capital as well as the environmental activism group NextGen Climate, and if this interview is any indication, he's willing to invest and/or throw away a lot more of his money over the next several years on multiple anti-Trump causes. Despite Steyer's primary concerns having to do with clean energy and the environment, he had strong words for why he more generally stands in contrast to Trump and the GOP:

"I see this election as ushering in an administration that is waging on all-out attack on American interests, on the civil liberties of Americans, and on the American people in general. I want to be part of the group of people that stands up and tries to protect our basic rights and put out a more optimistic view of what we can do together. Opposed to this terrible attempt to divide us, prove the world's terrible and only a true authoritarian can save us from ourselves." 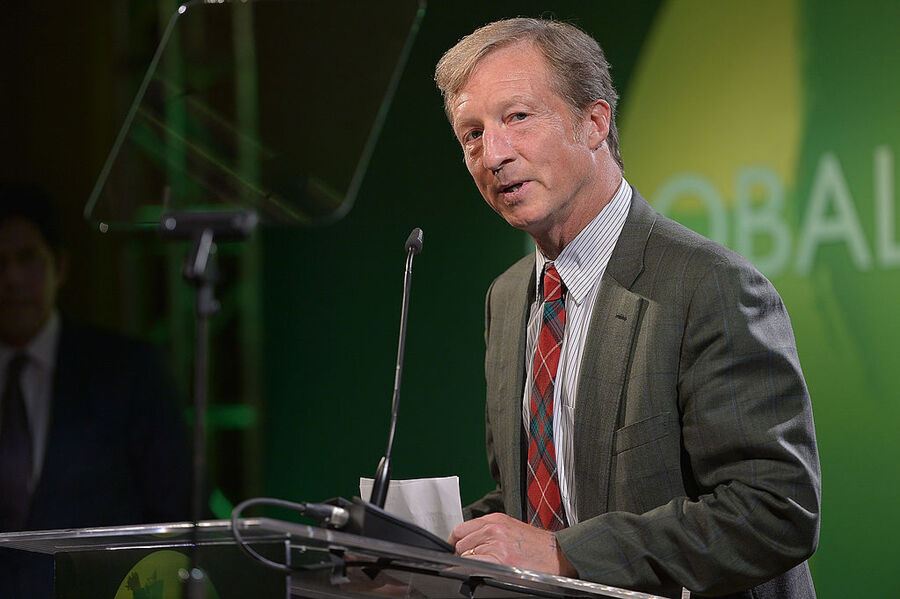 As you might imagine, Steyer was one of many who was "shocked" by the results of the election, and not just because he sunk $65 million (not an insignificant sum for a man whose net worth comes to about $1.6 billion) into the losing side. But he has not given way to despair, at least not publicly, also taking time during the interview to highlight his opinion on the advantages of a tax on pollution:

"Find out what the cost to society is from the different kind of pollution associated with fossil fuels and charge them and let the market work.  Charge a fee based on pollution. You have to pay for the right to pollute. This was originally done with the hole in the Ozone layer where, under the Reagan administration, they said you had to pay to pollute, and had a fee. American business replaced the bad technology in 6 months. DuPont came up with something better. Americans are smart, great researchers, they're great at commercializing good ideas and driving down costs."

Steyer also talked about less political topics during the interview, discussing the history of Farallon Capital as well as his general philosophies of investing.