By Joseph Gibson on August 6, 2016 in Articles › Billionaire News

Last week, at the Politico Playbook Breakfast, politically active billionaire Tom Steyer was asked by the event's hosts to put a ceiling on the amount he could conceivably spend on this election. The exchange started when one of those hosts, Anna Palmer, brought up the subject of Steyer's famously generous political contributions in the past:

"Alright, well, let's transition to your–putting on your hat, in terms of, as a donor. Obviously, in 2014 you were the single largest donor. You've spent $31.5 million in this year's campaign. A lot of money." 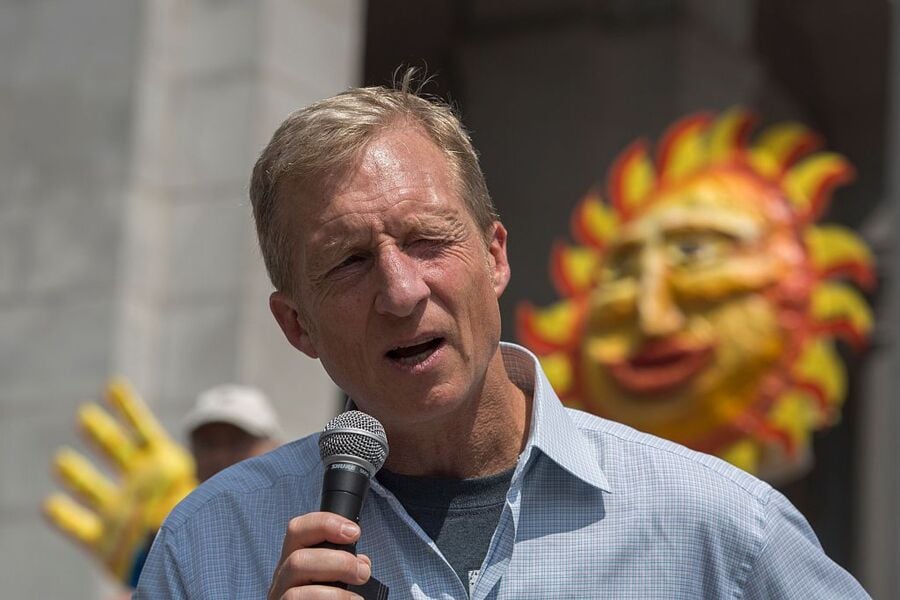 That naturally led to speculation about whether Steyer might also be the largest donor during this election season – a feat that would require a lot more ponying up, given that presidential elections are cash bonanzas compared to midterm ones. The event's other host Jake Sherman asking him point blank how much he planned to spend on Democratic Party campaigns this year. As you can see in the video below, Steyer declines to give a specific figure, not even dismissing Sherman's speculations of $100 million and finally $200 million.

Tom Steyer isn't the only billionaire to be galvanized into political action by Donald Trump's candidacy for president, but Steyer is motivated by more than that. The billionaire hedge fund manager is known for his outspoken advocacy for climate change solutions, and his super PAC produced an anti-Trump ad that focused on global warming earlier this summer (it was joined by another ad focusing on immigration).

Whether Tom Steyer becomes this election year's biggest political donor, or whether he meets or exceeds that impressive $200 million figure remains to be seen. But even if he does, he'll likely have plenty of money left for the elections of the future, thanks to his estimated $1.6 billion net worth.