Billionaire Spends $48.4M On A Diamond… For 7-Year-Old Daughter. WTF.

By Joseph Gibson on November 17, 2015 in Articles › Billionaire News

Attention fathers of the world: You have been bested. Your master in the art of fatherhood is Hong Kong billionaire Joseph Lau of the company Chinese Estates Holdings, who recently dropped $48.4 million at a Sotheby's auction located in Geneva, Switzerland, on a diamond known as the "Blue Moon," a price which made it the most expensive diamond in the world.

Ownership of such a gem has its benefits, among them the freedom to start calling it whatever you want, so Lau gave it a slight name change by christening the diamond the "Blue Moon of Josephine" instead. A day before, at the same Geneva auction, another diamond was won by an "anonymous" buyer who spent $28.5 million and went on to call it "Sweet Josephine." You don't have to be a master detective to determine that both diamonds were purchased by the same person (who happens to have a seven-year-old daughter named Josephine), and CNN was able to uncover the buyer's identity and confirm it through Lau's assistant, who told reporters "Yes, the diamonds were bought by Mr. Joseph Lau for his daughter." 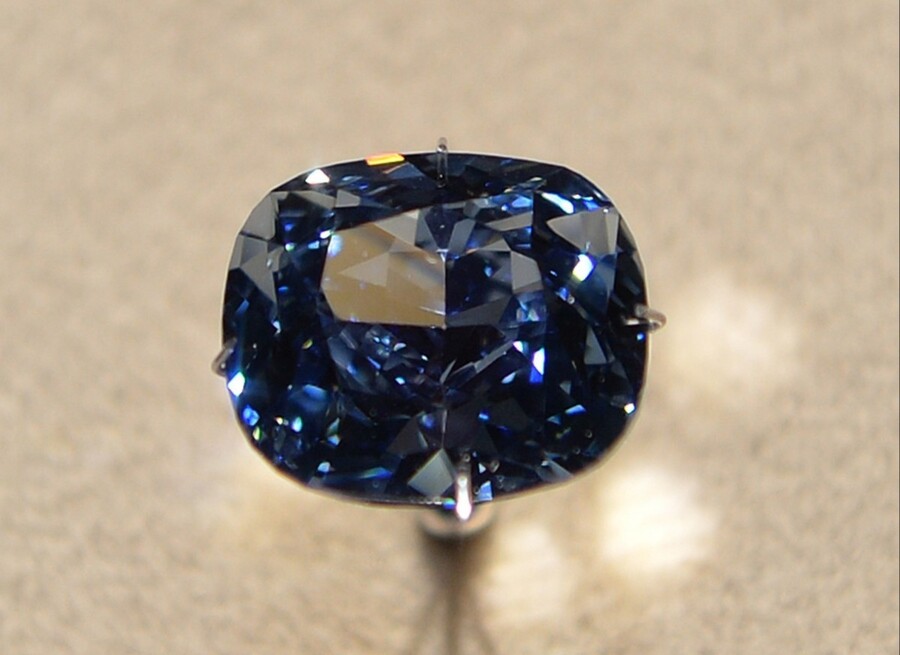 There was really no point in denying it – Lau has a history of these kinds of gestures, having spent almost $9.5 million on a diamond in 2009 that he named the "Star of Josephine," and in November of 2014 he let his older daughter Zoe in on the action with the $32.6 million "Zoe Diamond" and the $8.4 diamond-and-ruby brooch the "The Zoe Red."

As for the star of the show, the "Blue Moon of Josephine" is a 12.03 carats in weight, with a vivid blue color that almost seems to glow on its own, both qualities having certainly contributed to its present status as the world's most expensive diamond. Sotheby's auctioneer David Bennett said in a statement that its $48.4 million price tag, in addition to making it the most expensive diamond in history, also makes it the most expensive gem of any kind on a per carat basis ever sold. Despite this, the figure was well within the projected price for the diamond, which was announced as somewhere between $35 million and $55 million.

I wouldn't feel too bad if you can't give your children the kind of outrageously expensive presents Joseph Lau can, though. His net worth is at least $7.2 billion, and a recent Forbes estimate has him listed as the 11th richest person on the planet, so dropping tens of millions of dollars on a diamond is roughly proportional to a moderately-priced present from the rest of us.