When casino mogul and big GOP donor Sheldon Adelson bought Las Vegas's largest newspaper, many in the media industry predicted trouble. After all, how could the paper remain unbiased with such a Republican heavyweight at the helm? Well, now the Old Gray Lady herself, The New York Times, is in a veritable tizzy over the secretive purchase of the Las Vegas Review-Journal. Last week, an article appeared in The New York Times that spelled out their concerns. The piece basically stated that is it alright for a billionaire to buy a newspaper, as long as they don't try to influence the paper's political reporting to the right.

After all, billionaires have been buying newspapers for eons. Most recently, Amazon's Jeff Bezos bought The Washington Post. The difference is, of course, that Bezos gives heavily to more liberal issues, while Adelson is famously right wing. It isn't unusual for the media industry to worry about new owners. After all, human nature is such that people usually want to advance their own agendas. That can be a particularly touchy issue for newspapers and other supposedly unbiased media outlets. 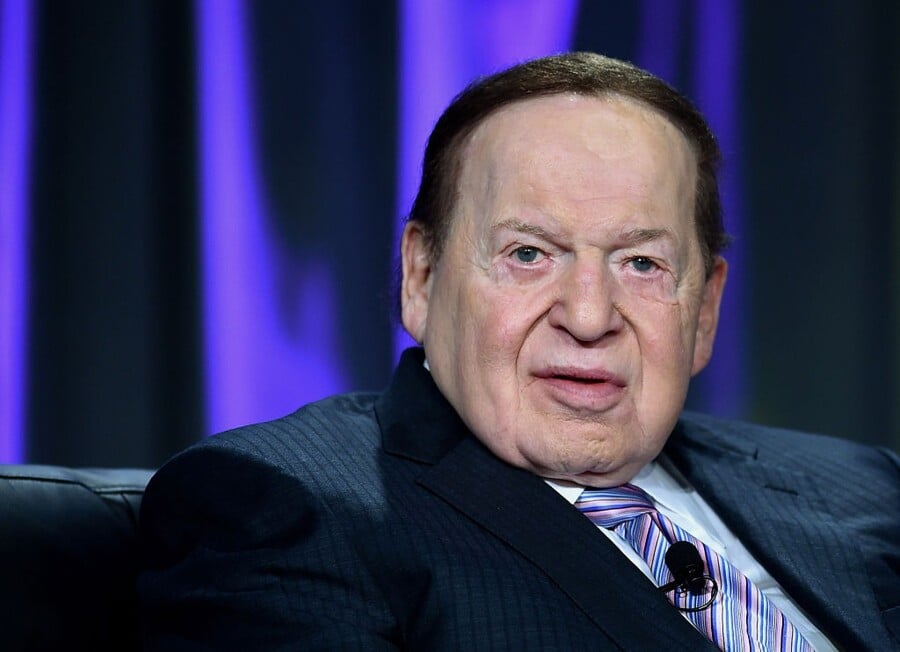 The New York Times is not alone in freaking out. In Las Vegas, and especially in the Review-Journal's newsroom, there are growing concerns about the newspaper's direction. Nevada is a swing state and thus a significant focus for the GOP. Large parts of the state are rural and swing right, whereas the state's cities, Las Vegas in particular, swing left. Many see Adelson's purchase of the paper as a thinly veiled attempt to skew the paper's news toward support of the GOP.

In 2007, Review-Journal columnist John L. Smith had to declare bankruptcy after spending every dime he had, defending himself in a libel lawsuit brought against him by Adelson. The casino mogul eventually dropped the case, but as you can imagine, Smith has feelings about his new boss:

"The purchase of the Review-Journal signals a tectonic shift in the political landscape of Las Vegas and Nevada and has the potential to reverberate all the way to the White House."

Think about it, Adelson sued a journalist for libel. Now he owns a major city's newspaper. It is easy to see why journalists and editors are freaking out. Will Adelson need to approve what news is run in the Review-Journal?

The New York Times is particularly worried because Adelson has a history of using his media holdings to advance his own politics. In 2007, Adelson started a daily newspaper in Israel in and used it as a strong weapon of support for Bibi Netanyahu, the country's prime minister.

Of course, media holdings can be a powerful weapon in the political landscape. And it is understandable that journalists are worried about the potential power the famously conservative Adelson could wield. There are worries that Adelson will not only push his political agenda, but also protect his extensive gambling interests. Adelson owns the Venetian and Palazzo hotels and casinos as well as the Sands Convention Center. The general consensus is that Adelson didn't buy the Review-Journal to help Las Vegas. He is in it for his own self-interests. That he bought it in such a secretive manner helps fuel the fire of doubt surrounding his intent.

However, this isn't the first time a billionaire has bough a paper in a secret deal. It happened in 1933, too. The Washington Post was purchased for $825,000 (that's $15,061,707 today) and no one knew who the new owner was until two weeks later. It was Eugene Meyer, father of Katharine Graham. We all know how that turned out. (Positively, in case you don't know.)