By Amy Lamare on July 8, 2020 in Articles › Billionaire News

Sheikh Khalifa bin Zayed al-Nahyan is the Emir of Abu Dhabi. He's facing charges in a British High Court of "reckless extravagance or wastefulness in the use of resources." Of course, the Brits have a fancier term for it – profligacy. One of the most absurd things the Sheikh has been accused of is importing Evian water from France to fill the water tanks of his $75 million mansion. The overall case concerns his $6.82 billion property empire in London. He owns a number of homes including Ascot Place, a mansion near Windsor Great Park that the Sheikh bought in 1989 for a then-record of $22 million. That home is now worth almost $74.4 million. He also owns Ham Gate in Southwest London, a $6.2 million property he's never even lived in because it was too small for all of his staff. The Sheikh is the president of the United Arab Emirates. He's spent millions on homes in England, France, and Spain that he rarely visits.

All of these revelations have surfaced in the court battle between the directors of a set of companies registered in the British Virgin Islands called Lancer and Berkeley Square Holdings, whose owner is none other than Sheikh Khalifa. The Abu Dhabi royals employed Lancer and Berkeley as a real estate management firm for 16 years. The Panama Papers leak in 2016 revealed them to be one of the largest offshore property empires in England. The Court has found that Sheikh Khalifa's companies own at least 140 properties in London worth nearly $7 billion. 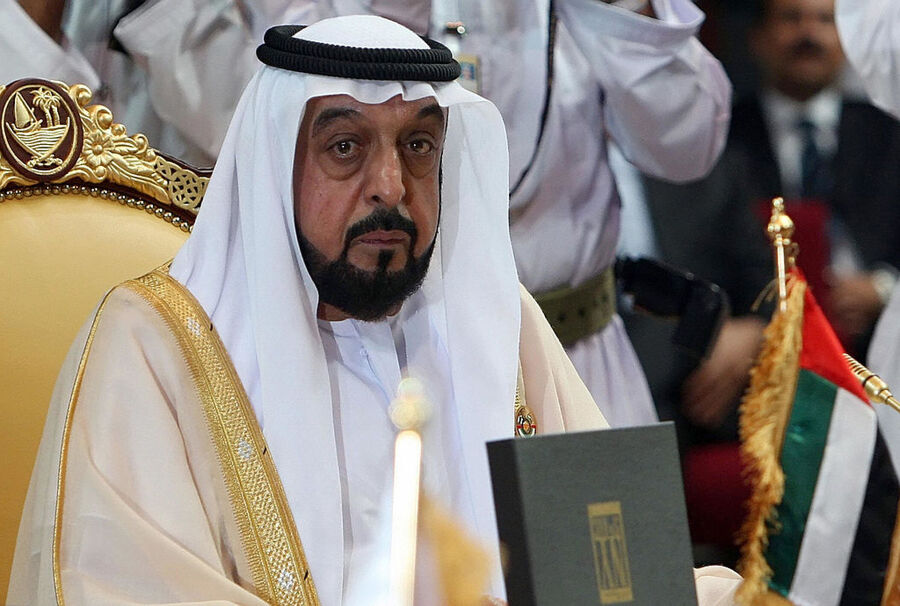 Sheikh Khalifa Bin Zayed Al Nahyan has a net worth of $18 billion dollars. After his father died, he succeeded to the position of Emir of Abu Dhabi, thereby becoming the President of the UAE the next day, November 3, 2004. As the former Crown Prince, he had effectively been acting as president earlier (since the late '90s) as his father was in ill health. Khalifa is also chairman of the Abu Dhabi Investment Authority. Sheikh Khalifa is known for his interest in sports that are traditional to the UAE, including horse and camel racing. He is generally regarded as a pro-Western modernizer. In January of 2014, Sheikh Khalifa suffered a stroke and was reported to have undergone an operation, but was said to be in stable condition.

The Sheikh had a stroke in 2014 and has largely retreated from public life. His brother, Crown Prince Sheikh Mohammed is in charge of the day-to-day business of Abu Dhabi. Lancer and Berkeley Square Holdings was fired in 2017 and replaced with Abu-Dhabi based Astrea Asset Management. This led to a dispute that is now slated to be heard in Britain's High Court. The Sheikh's attorneys have accused Lancer of fraud, alleging that the company's fees were excessive. The Sheikh has alleged that Lancer pocketed nearly $40 million from its excessive fees. Meanwhile, Lancer's countersuit alleges that the Sheikh owes $14 million in unpaid fees. The trial is set for May 2021.