By Amy Lamare on September 8, 2019 in Articles › Billionaire News

Purdue Pharma, the maker of OxyContin that is largely to blame for the opioid crisis and its billionaire owners, the Sackler family, have offered to settle the more than 2,000 lawsuits against the company for $10 billion to $12 billion. This potential deal – it is just an offer at the moment – is part of the confidential conversations Purdue's attorney's had during a mediation in Cleveland in late August. States, cities, and counties have brought multiple lawsuits against Purdue Pharma and the Sackler family, alleging that they started the opioid crisis, were aware their supposedly non addictive painkiller was highly addictive, and did nothing to stop its distribution – in fact, they pushed the drug even harder after evidence of its addictive nature surfaced.

About 10 state attorneys general met with Purdue's lawyers. David Sackler represented the Sackler family. The lawsuits that the Sacklers want to settle allege that they used deceptive marketing practices and are at the very least partially responsible for the opioid crisis. More than 400,000 people lost their lives due to opioid addiction from 1999 to 2017. The Sackler family is also accused of using Purdue Pharma's money to fund their own jet setting lives. 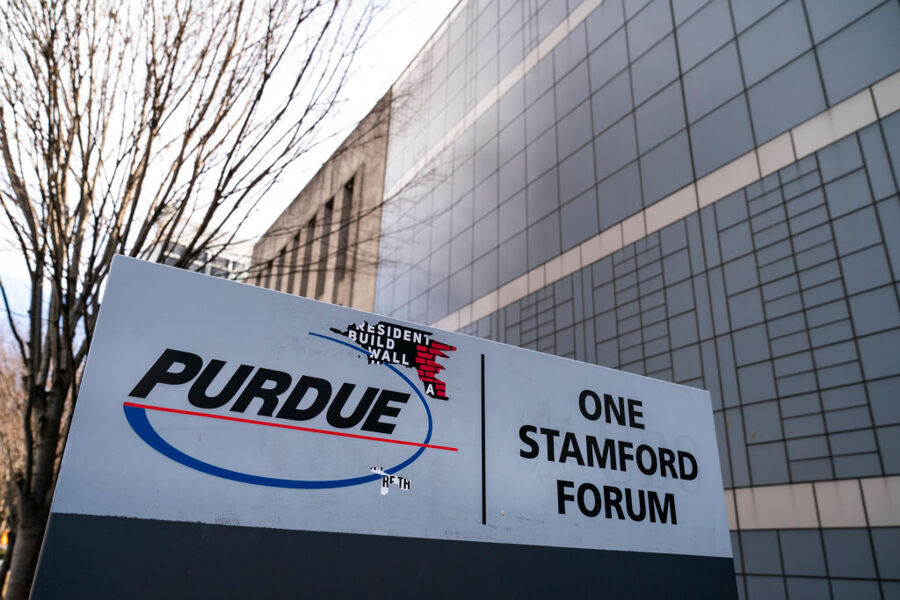 For what it's worth, Purdue Pharma and the Sackler family have denied the allegations in the myriad lawsuits against them.

During the meeting with state attorney generals in Cleveland, Purdue's attorneys presented a plan for the company to declare Chapter 11 bankruptcy and then restructure into a for-profit "public benefit trust." This would include more than $4 billion in drugs made available to cities, counties and states. Some of the drugs are used to save people from overdoses. These in-kind drugs, plus the profits from the sale of the drugs, would lead to a total settlement for Purdue in the $7 billion to $8 billion range. The trust would be in place for at least 10 years. The Sackler family would be responsible for coming up with the remaining $3 billion to $4 billion by selling their shares in a company called Mundipharma. They would also be required to give up all ownership of Purdue and would not be appointed to the board of the trust.

Additionally, any profits from the sale of Purdue's drugs including OxyContin and Nalmefene – a drug that the FDA has fast tracked for its use as emergency treatment of opioid overdoses – would be divided among the cities, counties, and states that have brought the lawsuits against Purdue and the Sacklers, if they agree to the settlement.