Billionaire Roundup: You Can't Always Get What You Want

By Amy Lamare on October 4, 2018 in Articles › Billionaire News

The year is flying by. How is it already October? Our favorite billionaires are up to their usual shenanigans. Los Angeles Times owner Dr. Patrick Soon-Shiong went on a rant about fake news recently. Oligarch Roman Abramovich is trying desperately to get citizenship somewhere other than Russia but he's getting turned down. Billionaire Jacksonville Jaguars owner Shahid Khan is reportedly buying a celebrated stadium. Vinod Khosla did not get the result he was seeking in his years long fight over the beach on his Northern California property. And finally, Paul Allen got a bad diagnosis. This is the latest edition of Billionaire Roundup.

Fake News Is "The Cancer Of Our Time"

Dr. Patrick Soon-Shiong is calling for a change in how people consume news on social media. He's worried about the extreme amount of misinformation that is spread on social media and calling it the "cancer of our time."

"The short attention span we're creating in this millennium is actually very dangerous. It's the unintended consequences of social media."

Russian Oligarch Seeks Citizenship Outside Of Russia To Avoid Sanctions

Billionaire Roman Abramovich was seeking citizenship in Switzerland last year, but was denied when that country's government deemed him to be "a danger to public security and Switzerland's reputation." Ouch. The Federal Office of Police in Switzerland suspect him of having contacts with criminal organizations and of money laundering. Abramovich denies these charges and sued the Swiss newspaper Tamedia for publishing the reasons for his denial. He lost that case. 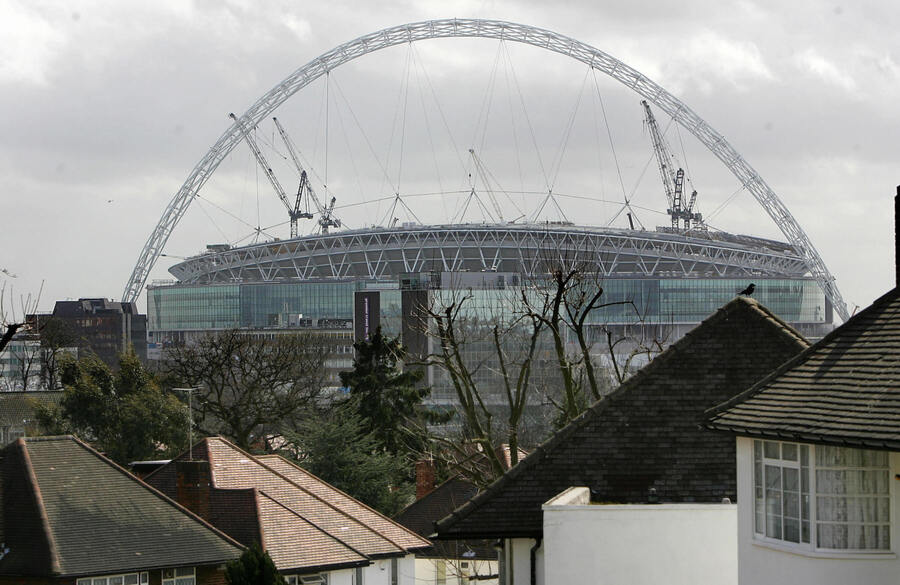 Iconic Wembley Stadium, home of English soccer, is up for sale and reports are coming in that American billionaire Shahid Khan has a preliminary deal to acquire the venue for $790.4 million. The Football Association of England must approve the deal.

Khan has been in talks to buy Wembley since April. In addition to the NFL's Jacksonville Jaguars, Khan owns the West London soccer team Fulham.

Billionaire Vinod Khosla has spent eight long years trying to keep an access road to Martin's Beach closed to the public. Access to the beach has been under dispute since Khosla bought 53 acres of land adjacent to Martin's Beach in 2008. The previous owners had allowed public access to the beach for nearly 100 years. Khosla began locking the gate to the private access road in 2010, setting this long legal battle in motion. This move to the Supreme Court could set in motion an enormous change for how California views public lands.

He has lost a number of lawsuits over this issue and most recently tried to take his case to the Supreme Court. They declined to hear his case. He now faces $20 million in fines from the California Coastal Commission. He has also indicated he will likely sell his Martin's Beach property.

Sad news to finish up this edition of Billionaire Roundup. Billionaire Paul Allen's cancer is back. He had non-Hodgkin's lymphoma back in 2009 and beat it. And now it's back. He is in treatment and optimistic. He released a statement saying:

"A lot has happened in medicine since I overcame this disease in 2009. My doctors are optimistic that I will see good results from the latest therapies, as am I."