Technology moves pretty fast. That was illustrated recently when Facebook founder Mark Zuckerberg testified before Congress and it became very clear that the politicians really did not understand the coding and technology behind Facebook. We've got an insight into Zuckerberg's personal security detail, though. That's something the geezers in Washington DC should understand. Also, Elon Musk tweeted a picture of the couch he sleeps on in his office and the internet lost their collective minds. Billionaire Stephen Schwartzman tried to give his high school alma mater an enormous donation, but they turned him down. And finally, the Fyre Festival disaster is about to get the Hollywood treatment. Buckle up, party people, this is the latest edition of the Billionaire Roundup.

Facebook spent more than $8.8 million on Mark Zuckerberg's security and personal travel last year. This is in addition to the official $1 Zuckerberg earns as his salary for being CEO. Most of his income comes from his Facebook stock, which is worth around $24 billion. Those security and travel expenses are higher than the $5.8 million Facebook spent on its CEO in 2016. Of the $8.8 million, $7.3 million was for personal security and $1.5 million was for travel by private plane. 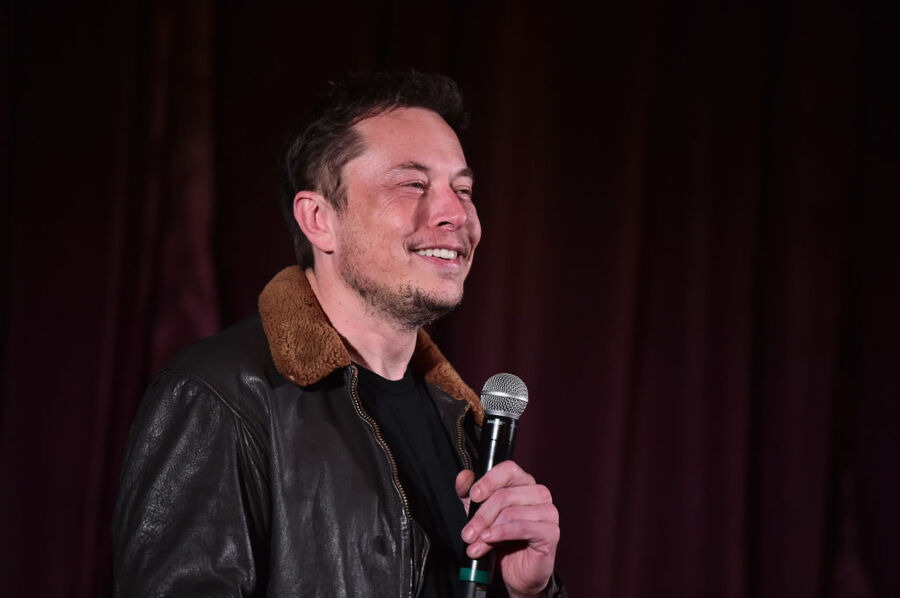 The Internet Wants To Buy Elon Musk A New Couch

Recently, Tesla and SpaceX CEO Elon Musk gave CBS this morning a tour of the Tesla factory in Fremont, California. While on the tour, the camera crew visited his office and the sad state of the couch he often uses as a bed when pulling all-nighters was revealed to the world. This couch is so narrow that Musk admitted to sleeping on the floor because it was more comfortable. Well, once the internet got word of that, they went nuts. A GoFundMe account was set up to buy the billionaire a new couch. As of the writing of this article, 277 people have raised $3,756 to buy Elon Musk a new couch. It's a nice gesture and all, but Musk has a net worth of $20 billion, the man can buy his own couch.

Billionaire Tried To Donate $25 Million To High School, Was Declined

Billionaire Stephen Schwarzman wanted to donate $25 million to his high school alma mater, Abington High School in Pennsylvania. The school board and community were stoked, until they heard his demands in exchange for the money. In exchange for the $25 million, Schwarzman wanted a number of things, including renaming the school Abington Schwarzman High School and making sure that new name was posted above at least six entrances of the school. He also demanded that parts of the campus be named after his brothers, his former high school track coach, and two friends of his from the track team back in the 1960s. He also wanted his portrait displayed prominently in the school. Schwarzman also wanted input into the construction of the new campus, including the right to approve contractors. The school board approved the plan without input from the community. When residents learned that Schwarzman had basically bought naming rights to the school they pushed back. The school board then rescinded the agreement with Schwarzman and voted on a new agreement that gives Schwarzman a greatly reduced role, including not naming the school after him or allowing him to have contractor approval or his portrait hung at the school.

Finally! We're going to get an in-depth, behind the scenes look at the Fyre Festival debacle. Hulu has greenlit a multi-episode documentary series on the disastrous music festival, which is set to premiere in 2019. According to Deadline, the series will recount the events leading up to and during the Fyre Festival including its collapse and the aftermath. The Fyre Festival was supposed to be an upscale music festival in the Bahamas filled with models, music, cocktails, high end food, and luxurious accommodations. When attendees arrived, there were no luxury accommodations or high-end food. There were basic tents and cheese sandwiches. Guest were left wandering the beach looking for food and a way off the island. The Fyre Festival was organized by Billy McFarland and rapper Ja Rule. The docu-series will feature interviews with inside sources including festival goers, vendors, investors, local Bahamians, and others. Hulu said the series is aimed to be a cautionary tale for millennials about the corruptive power of ambition without the experience to back it up and the instant gratification of the social media generation.